Amy Childs once tripped and accidentally flashed her date. The ‘TOWIE’ star has insisted that she is “the worst date-ee” as she opened up about her dating nightmares as part of the new series by the POM (Power of Music) dating app.

“First of all, there’s quite a few, actually. I am probably the worst date-ee; I constantly embarrass myself. I think the worst one for me is I went on a date once, and I literally tripped up, and you could see absolutely everything. And as I’ve tripped up as well, I’ve actually really hurt my knee, and my knee was bleeding,” she shared.

“Also, another date as well, I think it was a spaghetti Bolognese I was eating then all of a sudden I went to the mirror, and I literally had all spaghetti all around the mouth. And my date, he didn’t even say to me, ‘Amy, you’ve got spaghetti’. So, you know what? I am the worst date-ee ever!”

You know when someone asks if you want to grab drinks with them, and you think it’s just hanging out and not an actual date, so you decide to invite a friend? Yep, a similar moment happened for Jennifer Aniston, except she brought a group of friends to the date with the former host of The Daily Show, Jon Stewart.

Appearing on the show in 2010, Jon reminded Jennifer of the encounter; however, the two seemed to recall the story differently.

“I asked you out, and it was lovely. I remember you brought so many of your friends. And I remember thinking, ‘She’s so excited to be on a date with me, she wants me to get to know her posse,’” Stewart said.

Jeniffer responded with her version of the date, saying, “If I remember correctly, wasn’t it sort of like, ‘Hey, a group of us are going out, do you want to join?’” READ MORE | Megan Fox gave her boyfriend, Machine Gun Kelly, blood in a necklace so he wouldn’t miss her

This one is for those who have been cat-fished by either dating app dates or friends who set them up on a date. Your friends say anything to convince you that this guy is exactly what you are looking for by quoting his looks, the amount of money he makes and the car he drives.

And then you wonder if he’s so good on paper why he is still single, but then when you show up on the date, you realise why.

Britney’s story is similar in that she was once on a blind date set up by a friend, and she did not like what she saw.

“I have a friend at home, and he randomly sets me up with people every now and then on dates. It’s just awkward because there are many times that you meet people, and it’s just too awkward, and you just don’t feel right,” she told Jonathan Ross on his show in 2016. Britney says her date didn't look like anything she expected and unsurprisingly, nothing solid grew from the meeting. 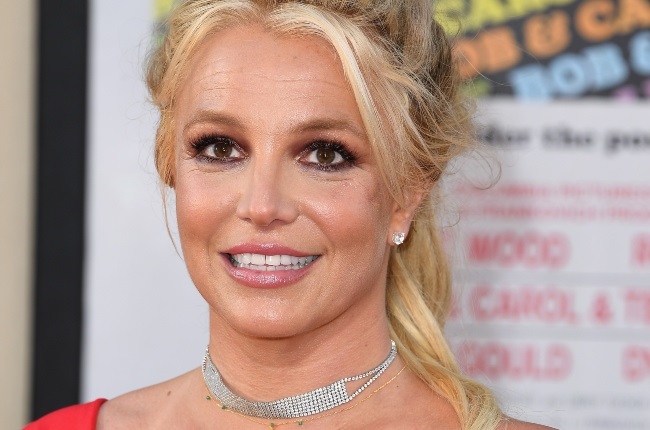 Dates can be overwhelming simply because everyone is trying to impress, and more often than not, we go overboard, just like Demi Lovato’s date who took first-time experiences to a new level by planning an extreme second date in Hawaii.

He found Demi had never been skydiving before and decided to bring some adrenaline to the date and organised for the couple to do it. “I was seeing someone, and they invited me on this trip, so I was super excited, and they’re like, ‘We have a surprise for today,’ and I was like, ‘Okay? What do I wear?’ and they’re like, ‘Dress comfortable.’ So, I put on this silk jumpsuit with wedges, ready to go, and I walk out of the room, and they’re like, ‘That’s not going to work,’” She told Ellen DeGenerous on her show.

Demi later found out she’d be jumping out of a plane for her second date. “We go, and we jump from the highest point you can go without an oxygen tank, which is 14,000 feet (almost 44,3 km) or above. We free fell for two minutes, and I couldn’t say no!” What is your worst date experience? Tell us here

Sign up to W24's newsletters so you don't miss out on any of our stories and giveaways.
We live in a world where facts and fiction get blurred
In times of uncertainty you need journalism you can trust. For only R75 per month, you have access to a world of in-depth analyses, investigative journalism, top opinions and a range of features. Journalism strengthens democracy. Invest in the future today.
Subscribe to News24
Next on W24
'Vaccinated people get 14% more matches' - Dating apps launch new features to encourage vaccinations