The formula to the figuring out the mind of a woman is still a myth to modern man, but here at MH we attempted to demystify this common phenomenon. We’re not saying that you’re guaranteed love at first sight, but we can offer some assistance with increasing that possibility. We did some groundwork and gave 20 women this scenario:

“When you’re having a conversation with a guy you’ve just met, what are the first three things that you notice about him? And why?”

In this survey, we learned that various aspects about a man’s appearance and personality are more notable than others. Here are the results: This chart shows a total of 60 answers (20 women x 3 answers – quick maths), with the list of attributes in different colours. Personality leads the pack after being listed ten times throughout the survey, followed by hands (we’re also surprised) and smile.

Still unsure about how you can make this data work for you? No worries, we got the ladies to give us a word or two about why they notice some of those traits first. And as a bonus helper, we recruited fashionista Aqeelah Harron Ally to give us some more tips on how we can make a fresh first impression. This may be surprising for some, but many females actually notice your hands first. It’s okay to show that you’re a bit of a handy man, just make sure you look after you fingers and nails, too.

“He shouldn’t have long nails, and I also don’t want him to have better hands than I do,” says Janine (21). Whilst Jeanre (24) says don’t touch her if they’re not taken care of. According to Kay-Lynn (23), “A guy with clean hands and neat short nails just shows good hygiene, and makes him so much more attractive.”

Related: How to clean up your act according to Amanda du-Pont Say cheese. Whether it’s a smirk, slight grin or if you’re beaming from ear to ear. Show your smile. According to Joy (25), “dashing smiles can steal any girls heart.”

“I think it’s always nice to see someone’s happy face,”  says Ammaarah (23). While Nomzamo told us she loves a guy that smiles. “I think it’s the most handsome thing a guy can do. If he smiles easily, I feel that he’s on open person.”

The most noticeable trait according to this survey was personality, so make sure you stay true to yours, because the ladies can spot a fake from a mile away. “Can you laugh at yourself or do you have to be the coolest thing since sliced bread?,” jokes Kaylee (22).

For Fay (26), she “can’t stand arrogant people, and they usually show themselves from the get-go. Humility is important.” For Almaaz (28), quietly confident’s a win.”I prefer quietly confident guys that don’t always have to be the centre of attention, but are assertive when they need to be.”

Related: Here’s how to take photos of your girlfriend, with pro photographer Tegan Smith As cliche as it sounds, the eyes are the window to the soul, and could be the door to her heart (‘thats so cheesy, bro’).

“I notice a guy’s eyes because that’s how I tell if a guy’s healthy or not. If he has yellowish or reddish eyes, then it’s likely that he’s not looking after himself. says Asia (22). “I also like very ‘smiley’ type of eyes, so even if a guy is the more serious type, if his eyes are happy-looking then I feel like we can get along.”

Related: Pearl Thusi tells us how to get her number and make a killer impression Photo by Abdul-Malick Ally
Fashionista Aqeelah Harron Ally gave us some extra pointers, which most of us probably need.

“In a time of tinder and social media, a scenic walk or a coffee is always neutral and safe for everyone! If you already know the person for a little while, an easy hike is a good way to get to know one another better, and also for her to see how chivalrous you can be,” she says.

“End off with a simple picnic that you’ve packed yourself and you’ll be in her good books. It’s not always about money as much as it is about what you’re willing to do.”

Three items that look good on any guy?

“Slim fit denims, white tees and white Converse. My husband is one of the most stylish men I’ve ever met, but whenever he’s worn the aforementioned combo in the last six years, it’s still the look I love the most.” 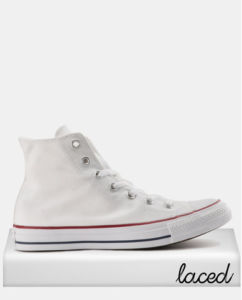 When is the right time to ask a girl for her number?

“When she gives you the strong impression that she wants you to. Always be a gentleman about it.”

What is the formula for a bad impression in your books?

“Poor hygiene, bragging, name-dropping and talking about your past with exes. Guys love to do that and I will never understand why!”

This article was originally published in Men's Health SA.

We live in a world where facts and fiction get blurred
In times of uncertainty you need journalism you can trust. For only R75 per month, you have access to a world of in-depth analyses, investigative journalism, top opinions and a range of features. Journalism strengthens democracy. Invest in the future today.
Subscribe to News24
Related Links
WATCH: Chrissy Teigen confesses that she and John got intimate on the first date
New study shows that highly educated women over 18 may be less desirable to men
“Guys on Tinder keep asking me how tall I am”
Next on W24
Ghosted? Your ex may get a sadistic type of pleasure in seeing you upset or anxious