If you have a friend with benefits, here's what you need to know to avoid a broken heart 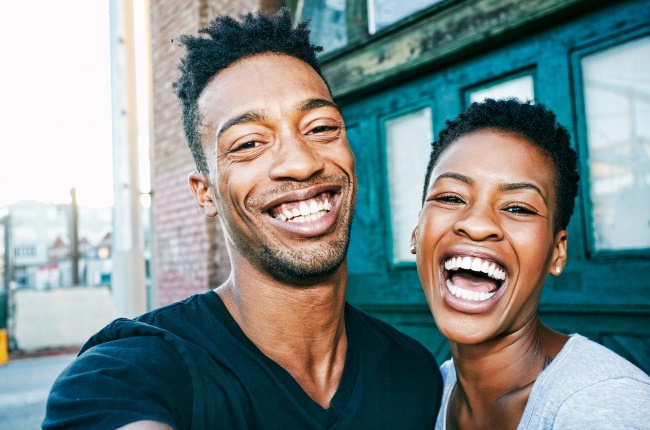 Read on if you want to keep this kind of laughter alive. (Getty Images)

The most significant change over the years has to be how a relationship is defined. New terms have emerged, such as 'friends with benefits' where the relationship is solely based on physical satisfaction. Oh, the beauty of sexual liberation!

'Situationships' are where you are in a sexual relationship and act like a couple. However, there is no commitment nor title.

READ MORE: Woman bumps into an ex-boyfriend who owed her money – two years after he faked his death

In an article on Psychology Today, Dr. Fredric Neuman takes us through the two principles that have not yet changed since the beginning of dating:

1. Women are sometimes afraid of meeting strangers because those encounters are potentially dangerous.

Women who arrange dates with men may worry that they might be lying about who they are, about educated they are, about how much money they make, even about whether they are single. Photographs may be years out of date. Some men have been known to put up other people's pictures and represent them as their own. In short, they may not be the men they are advertising themselves to be.

2. Women and men alike are embarrassed by the idea of admitting openly that they would like to find someone to date.

They think—at least, some of them think—that trying to meet someone over the internet means they cannot meet anyone any other way. I have had patients who met and married perfectly presentable people and continued to lie that they met through an internet dating service. They were still embarrassed. They would like to maintain the fiction that love happens spontaneously without their bothering to think about it.

It is difficult to determine how a relationship will go after you meet someone despite how you feel or how you meet. According to a registered counsellor, Phumzile Ndlovu, these are the tips you can follow to ensure that you do not end up with the dreaded question: What are we?

THINK CAREFULLY ABOUT WHY YOU'VE BEEN SPENDING TIME WITH SOMEONE

If you don't want to get to know the person beyond sex and the basis of the whole relationship sexual, they are probably not someone you want to commit to but find them attractive enough for the thrill.

However, if you have an emotional, physical, and intellectual connection with someone and want to get to know them better, you might be at step one of 'happily ever after.'

Get to know the person before being intimate, as it's easy to confuse sexual and physical attraction for love once you have had sex with a person. Communicate what you want and find out what the other person wants. If you do not want to be just a sex partner, and the other person has communicated that they want nothing more than sex, it would be best not to continue as your feelings may develop, and you could get hurt in the process.

Have you been friends with benefits or had a situationship?

Sign up to W24's newsletters, so you don't miss out on our hot stories and giveaways.

We live in a world where facts and fiction get blurred
In times of uncertainty you need journalism you can trust. For 14 free days, you can have access to a world of in-depth analyses, investigative journalism, top opinions and a range of features. Journalism strengthens democracy. Invest in the future today. Thereafter you will be billed R75 per month. You can cancel anytime and if you cancel within 14 days you won't be billed.
Subscribe to News24
Related Links
'I’m dating the funniest, most loving guy but he is broke' – this woman wonders if she should...
This is how much SA women expect a first date to cost, and it’s surprisingly affordable
We're taking notes from these witty and hilarious responses to men's requests for nudes
Next on W24
‘I gave a Sandton man R1 million to get R7 million from his shrine, all I got was a box full of paper'