What is pre-dating - and should you be doing it? 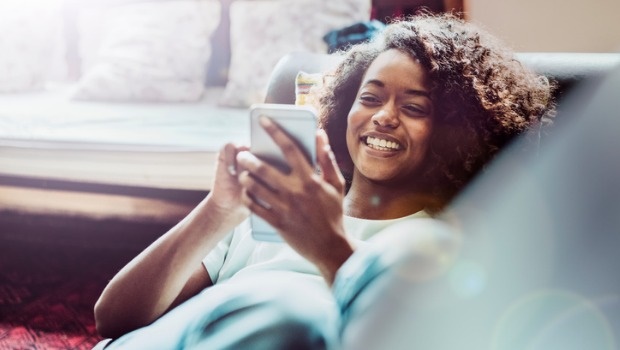 Although it might sound like a throw-away catchphrase to describe that random grey area between a ‘hey you’re cool’ and a ‘will you be my boo in really real life’, ‘just talking’ is now a researched and defined relationship phase, also known as pre-dating.

Researchers have spotted a trend developing since about 2010 whereby increased smartphone use – texting, social media, etc – has created a buffer in new (possibly) romantic relationships, where peeps are just ‘figuring things out’ before committing to labelling the connection as ‘a relationship’ – or even going on an actual date.

The problem with the ‘we’re just talking’ phase is that it’s highly ambiguous and there aren’t real timeframes involved.

For some people it includes sex, for others it simply means ‘just talking’ (as much as tapping your fingers across a smartphone keypad can be considered ‘talking’).

For some there’s a cut-off point, for others the ‘just talking’ pre-dating vibe spirals into a situationship – where no one’s really intentional about the interaction and no one’s really satisfied.

READ MORE: "I haven’t gone on a date in 5 years" - why my biggest nightmare isn't late marriage

While a measure of exploratory texting makes sense, I can’t help but wonder at the value it holds for anything longer than a week or two.

In fact, when the respondents were asked whether they agreed with the statement ‘I would rather be “just talking” to someone than be asked/ask them on a date’, 75.4% disagreed.

Oh, and there are reasons for pre-dating:

Testing the waters, going through a screening process, keeping options open, if there’s no expectation, there’s no heartbreak…

But in attempting to create an emotional buffer, other problems creep in: unaddressed subtext, the lack of physical cues your gut needs to feel yes or no, online image curation and a blank screen on which to project any issue you have...

READ MORE: Do you have to be friends with your ex?

And this applies to any definition you have of your ‘just talking’ pre-dating game, whether there’s sex or not.

What I’m most curious about is what this says about how progressive we think we are.

The tech that makes the pre-date possible may be modern, but the underlying driver is positively antiquated.

You see, pre-dating suggests that once you go on a date that confirms mutual romantic and sexual interest, then it's Real Serious.

And heaven forbid the monolithic talk about Being In A Relationship. Because that’s Commitment, it’s intense, it’s ‘gotta make it work’ no matter what, and forgo all other things in life.

READ MORE: How to date in the age of social media

If you really want to update your view on love relationships, understand that they are never set in stone. Everything is up for change and flow, whether you’re enjoying a short-term, light-hearted relationship or a long-term more complex relationship.

At least if you get intentional about the person you’re into, you’ll have all the information you need to move things along, whether it’s towards ‘yes, let’s give this a try until it changes’ or ‘no, it’s time to meet someone better’.

If you need a short-cut to help you decide about your pre-date partner, take your smartphone out of the equation and ask yourself: Is there still a relationship?

We live in a world where facts and fiction get blurred
In times of uncertainty you need journalism you can trust. For 14 free days, you can have access to a world of in-depth analyses, investigative journalism, top opinions and a range of features. Journalism strengthens democracy. Invest in the future today. Thereafter you will be billed R75 per month. You can cancel anytime and if you cancel within 14 days you won't be billed.
Subscribe to News24
Related Links
AKA and Bonang - why it's never a good look to trash your exes and the lesson we can learn from it
Are 'dating detectives' the answer to keeping us safe from incels?
Is having a 'side piece' the new dating norm?
Next on W24
‘I was in a situationship with a man 10 years younger for over a year. Here's why I kept it secret’