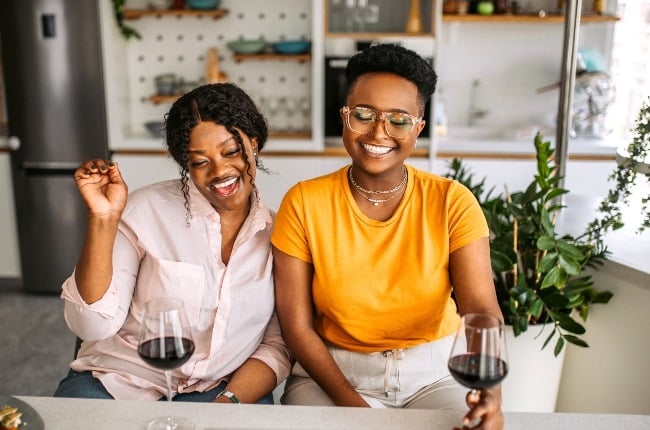 I have lived mostly on my own for the past 15 years but have had my fair share of housemates as well. Personally, I prefer living alone, but high rentals have sometimes forced me to share.

My first housemate was a family friend, so I didn’t know how to say no when her family asked if I would let her move in with me. She didn't have a job at the time. Red flag, I know. But her sisters assured me they would take care of the rent until she found a job. She moved in. Months passed, but there was no sign of the rent or evidence of her finding a job. Someone else would have spoken up by now but no, not me. I just vented to friends and did nothing else.

Apart from having a freeloading housemate, I had to play therapist every night as there was always something she needed to talk about. I also constantly had to reassure her that I wasn't mad at her. And these conversations would go on for at least two hours every night. It was exhausting, emotionally. Six months passed, and yes, she was still living with me.

How was you roomate experience? Tell us here.

Why did I let it go on for so long? I have trouble saying no sometimes. Her sisters were really good people but they couldn’t have her living with them anymore. Or rather, their husbands were fed up and would not put up with their freeloading sister-in-law anymore. She was in her 30s and couldn’t keep a job. So yes, Mother Theresa over here decided to help out.

But even I had my limit. My mother passed away suddenly so I went home to KZN for the funeral, leaving my housemate alone in my flat.

I came back to Johannesburg earlier than expected. The housemate had her boyfriend over. He was also unemployed. I assume at some point, there was an argument that got out of control, and someone had punched a hole in the bathroom door.  I remember the look on her face as I walked in. Bedding thrown all over the living room, and the towel rail in the bathroom also lay on the floor, broken. All she could say was: "you're back so soon," with a panicked look on her face. She had no explanation for the damaged door and towel rail. I had to pay the landlord for all the damages. That was the final straw. My brother came over the following day and asked her to pack her bags and leave. Thankfully, she did.

A few years later, I found myself being asked to help out another family friend. This time around, it was someone who had a proper job and seemed quite responsible. Once again, I said yes. Sharing the expenses would help or so I thought. After a few months of constantly finding the bathroom and common areas in a mess, I wanted to tear my hair out. My flat was fully furnished and she moved in with just her bed. She had full access to all my appliances, DStv etc. but only paid a third towards water and electricity – a decision she made on her own. Eventually I decided to move out – without her.

READ MORE | Moving is more stressful than divorce?! 13 tips that will make it much easier

In between all the disastrous housemates, I did have a friend who shared my flat for about a year until she moved to another province. That worked for us as we were in the same industry and got each other. Rent was always paid on time, and we gave each other space when needed.

All in all, I am not in favour of having a housemate. I like my space and given the choice, I would definitely prefer living by myself, until I get married at least.

We live in a world where facts and fiction get blurred
In times of uncertainty you need journalism you can trust. For 14 free days, you can have access to a world of in-depth analyses, investigative journalism, top opinions and a range of features. Journalism strengthens democracy. Invest in the future today. Thereafter you will be billed R75 per month. You can cancel anytime and if you cancel within 14 days you won't be billed.
Subscribe to News24
Next on W24
Woman shares adorable images of baby she conceived using late husband’s frozen sperm