Are you exchanging sex for love? 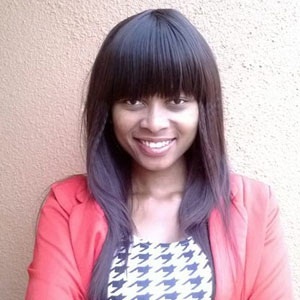 "Be careful out there. There will be boys who try to mislead you with exaggerated notions of love when the majority is only interested in one thing."

My late father imparted that knowledge on me after he’d stumbled upon a love letter his ten-year-old daughter had written to her crush.

Naturally, I hadn’t the faintest idea what he was on about at the time, but for some reason, not once did I ever forget those words. And of course, with growth I came to realize their value.

Now, as a black woman in my mid-20s, I find myself being forced to relive his words as I try to find myself in a time of insatiable lust.

In a time where women are discarded for not relinquishing what is colloquially referred to as "the cookie"; 'small boys' with entitlement issues will lay on the guilt trip so thick that you end up being overly critical of yourself for not being "easy".

I’ve had to defend myself to guys who felt slighted that I dared starve them of my vagina when they could just as easily get it elsewhere, but opted for mine instead.

One even had the gall to accuse me of being petty! And as a young woman with traditional values (well, somewhat), it horrifies me to think that this is the quality of man that will raise our sons.

Not taking anything away from the decent men, I do believe that they still exist. And maybe I’m naïve for believing that love and lust can coexist in an era that’s bordering more towards the latter.

My belief, however, was almost shattered a few months ago when a dapper gentleman lost his cool and told me I was being irrational for not letting him penetrate me in the backseat of his car. I wasn’t going to let him have sex with me, period. We weren’t even exclusive.

Reflecting on it now, I suppose I should be grateful that he was cordial enough to take me back home instead of ditching me in a remote dump somewhere.

Things could’ve gone completely south – he could’ve chosen to violate me after realizing his courteous attempts failed dismally. In spite of this, a part of me anticipated an apologetic phone call the next day.

I convinced myself that once he’d recovered from his erection, he’d realize that his feelings for me weren’t shallow. Of course that didn’t happen.

If that’s how a woman is treated for being honorable then I shudder to think what women who apply the opposite have to deal with.

Perhaps my rant would carry more weight if us women weren’t partially responsible for how some of us are treated by men. We’ve made ourselves so accessible that men just don’t feel it necessary to work hard for our interest anymore. For some of them, being committed seems redundant. We’re just not worth it.

The media isn’t helping either (well, does it ever?). We’re made to feel emancipated for being promiscuous. Curse you, Sex and the City!

My concern is the inherent fear of the many women scorned, that the tale of “the good guy” might as well be fiction.

It’s becoming much harder for women to be involved with a man without having to compromise ourselves in some way; and because we are so desperate for acceptance and to be desired (desperate for anything that’s remotely close to affection, really), we give in to every subtle coercion by every hairy dick named Tom.

We live in a world where facts and fiction get blurred
In times of uncertainty you need journalism you can trust. For only R75 per month, you have access to a world of in-depth analyses, investigative journalism, top opinions and a range of features. Journalism strengthens democracy. Invest in the future today.
Subscribe to News24
Related Links
Watch this columnist tell us why love and sex are not the same
Types of men to avoid... seriously, run as fast as you can!
Next on W24
Ever wondered why he is really with you? Science says it's because you remind him of his mom