Ben and Allison share a kiss on the beach.
Photo: mdwfeatures/AllisonHornsby

This case of 'you've got mail' was love at first sight, and the couple has been together ever since.

Their love has grown stronger over the years, and they share five children -  a set of triplet boys, Benjamin, Noah and Ethan, 19, and a set of twins, Mia and Jude, 15.

The couple fell in love quickly and have luckily had a lot of support throughout their relationship, apart from the occasional teacher thinking Ben is his children's grandfather.

"We got married in January 2002 and have been going strong for 20 years," Allison says.

"Raising five children, especially the same ages, has been challenging but also rewarding. When they were babies, we lived on Ben's mail route. He would come home for lunch and change diapers." 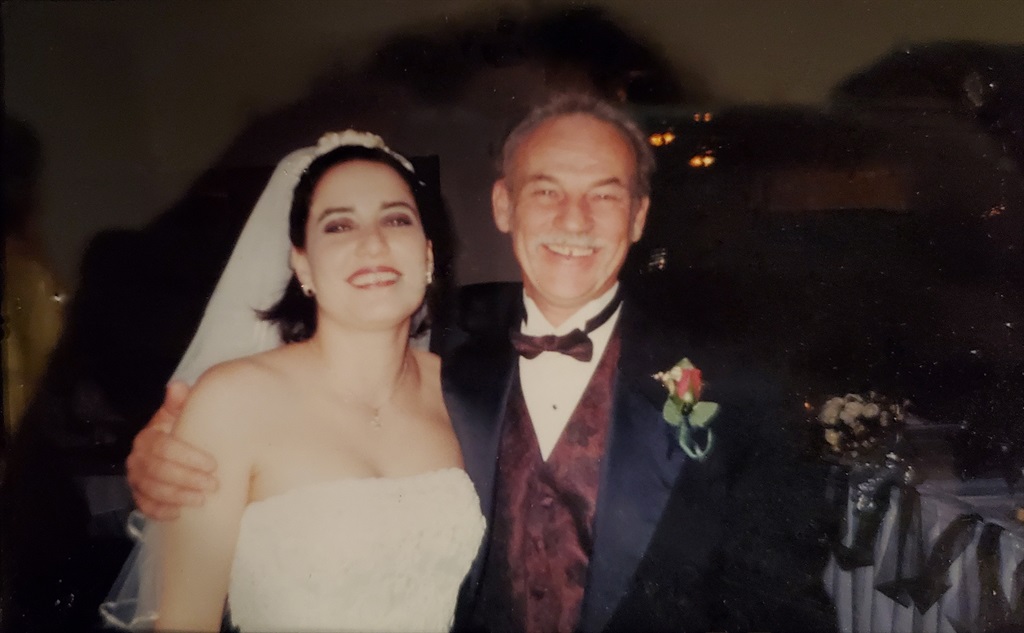 Ben and Allison dated for four years before getting married.
Photo: mdwfeatures/AllisonHornsby Ben and Allison agree this is the best relationship they have ever been in.
Photo: mdwfeatures/AllisonHornsby

Ben retired when the triplets were seven and the twins were four, which gave him more time to spend with his kids.

"I think having Ben home and retired has many advantages," said Allison, adding: "He has been hands-on and physically present equally as much as I am when it comes to raising our children. This has helped me not feel overwhelmed when taking care of triplets and twins."

"We both feel our children have grown up with a unique influence of two different generations," the mom-of-five added, saying that the age gap between her and her husband is "very natural" to their children.

"We have raised them to be open-minded and inclusive."

READ MORE | Here's why older women dating younger men is still seen as taboo, plus what leads to breakups in such relationships

Ben and Allison were raised worlds apart, but when they met in Florida, it was a perfect match.

"I was born in Virginia; my father was in the Navy, so I travelled a lot growing up. I was in the US Army for four years," said Ben.

While Ben had quite a regimented upbringing with a lot of military ties, Allison's upbringing was more on the relaxed side; she enjoyed the arts and spent much of her youth as a creative.

"I grew up in Jacksonville, Florida and have one younger sister. I attended Douglas Anderson School of the Arts, where I graduated from high school in 1995," said Allison.

"I love drawing, painting and creating art as well as street art stickers and culture. I love dogs and love to read and learn about different dog breeds," she added. Ben playing with his five children in the garden.
Photo: mdwfeatures/AllisonHornsby Ben, Allison and their five children at one of their son's graduations.
Photo: mdwfeatures/AllisonHornsby

Ben and Allison have been lucky to have very supportive families and friends, but there have been awkward mix-ups.

"I notice on occasion women are judgemental or sometimes rude towards me. We have received rude, abusive messages a few times from men on Instagram and also one rude comment on one of our reels on Instagram.

"This has been the only rude comment on a video of us kissing saying, 'That's just nasty.' We just ignored it. We have blocked a few men who sent us private messages asking about our sex life."

In contrast, the couple has received positive messages from those close to them.

"Our children's teachers have told us we are good parents. We also get positive feedback on Instagram."

The pair insist they have a strong marriage and they enjoy showing off their love on social media to help support others who may be looking for a love like theirs.

We live in a world where facts and fiction get blurred
In times of uncertainty you need journalism you can trust. For 14 free days, you can have access to a world of in-depth analyses, investigative journalism, top opinions and a range of features. Journalism strengthens democracy. Invest in the future today. Thereafter you will be billed R75 per month. You can cancel anytime and if you cancel within 14 days you won't be billed.
Subscribe to News24
Next on Life
Women are more likely to identify as bisexual – can research into sexual arousal tell us why?