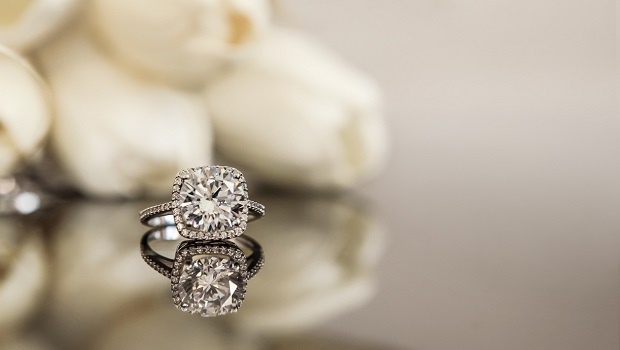 Amanda Large Teague, according to Independent, the 300-year-old ghost is Captain Jack Sparrow, a pirate from popular movie Pirates of Caribbean - a character played by Johnny Depp.

According to the article, the two “met” while Amanda was meditating, and despite her asking him to go away, the 300 year-old ghost was relentless in his pursuit of her and eventually his tenacious spirit paid off because eventually she started speaking to him.

This is when, according to Amanda, she learned that he was Jack Teague, a Haitan pirate who existed 300 years earlier.

After seven months of getting to know each other, the two were ready to wed. At this point people were calling her crazy, something she knew about, but did not mind.

"So why would you find what happened to me beyond the realm of possibility?" she told The Post.

READ MORE: From rocks to bridges - these are a few of the most bizarre objects women have married around the world

On a boat in the middle of the Atlantic Ocean in 2016 accompanied by a medium to speak on behalf of her spirit husband to be, a self-described shaman and legal marriage officient, the two “tied-the-knot”, and soon Ms Large became Mrs Teague.

According to Amanda, the two did everything normal couples do such as go out on dates, spend time together, fight and they even spent a romantic holiday together in Dublin.

However, their new found love, was not all sunshine and roses.

Amanda claims that soon after their marriage became official, she became very ill.

Something she immediately suspected her new husband was the cause of. Unhappy with her sudden ailments, she asked her husband to leave. Amanda says he became angry and threatened to kill her if she left.

Afraid for her life, she left Jack anyway and went on to perform an exorcism on herself to rid her body of any evil spirits he may have left behind.

Now Amanda wants to warn people to be careful about dabbling in New Age spiritualities. It was after the death of her son that Amanda was introduced to these spiritual practices and says she was lured into it while she grieved for her son.

"And if somebody is not telling you about the dangerous side of it, run a mile."

What are you thoughts on New Age Spiritualities and marrying the dead? Do you think it's real?

We live in a world where facts and fiction get blurred
In times of uncertainty you need journalism you can trust. For 14 free days, you can have access to a world of in-depth analyses, investigative journalism, top opinions and a range of features. Journalism strengthens democracy. Invest in the future today. Thereafter you will be billed R75 per month. You can cancel anytime and if you cancel within 14 days you won't be billed.
Subscribe to News24
Related Links
Japanese man’s mother refuses to attend unconventional wedding
From rocks to bridges - these are a few of the most bizarre objects women have married around the...
Centenarians tie the knot after meeting at old age home
Next on W24
Why does society usually blame women when promiscuous men cheat?