There's a lot to be said about the late Princess of Wales' enduring style that has now influenced generations of trends and designers. Her suits, two-pieces, affinity for polka dots, colour-blocking and rule-breaking bardot neckline dresses all made her the style maven she was.

Even while off-duty, Princess Diana could always be spotted wearing at least one head-turning item. Luxury French and Italian labels including Dior and Versace were also a part of her to-die-for, but never flashy wardrobe.

But there's one label the Princess couldn't bring herself to wear after she divorced Prince Charles. Chanel by Coco Chanel.

In an exclusive with Harper's BAZAAR, Australian designer Jayson Brundson revealed the reason why the Princess didn't wear Chanel.

During Princess Diana's visit to Australia in 1996, Jayson got an opportunity to assist with styling her. Jayson recalls how while selecting clothes he found a pair of Chanel shoes and advised that she completes her Versace look with them.

"She said 'no, I can't wear linked Cs, the double C", the designer told Harper's BAZAAR.

"It's Camilla and Charles."

The people's princess had previously had no aversion to Chanel, but after her ex-husband's affair, the brand's logo was a trigger.

"It was definitely the timing, it being post-divorce. She would have seen linked Cs and they would have just reminded her of Charles and Camilla," Jayson explained.

A few people might relate to the need to distance themselves from any reminders of a past lover - whether it's after a divorce or a breakup. That's why people to advise against getting something as permanent as a tattoo all in the name of love.

READ MORE: Are the love tattoos that Kelly Khumalo and Ariana Grande have inked ever a good idea?

Some people have shared anecdotes of how they finally stopped pretending to like certain foods, places, series, musicians and sports after a breakup. However, that's different from having to ditch something you once really enjoyed because the memories attached to it are now tainted.

If anything, no longer pretending to be a cricket fan or gqom enthusiast, for example, is emancipation.

That said, this is what Twitter users let go off after splitting with their partners. As expected, music came out tops (you can probably also guess the genre).

Princess Diana ditched Chanel after splitting with Prince Charles. What are some of your fave things that you ditched after a breakup?

It seems that on Twitter, no one would let a little heartbreak get in-between them and good food, as none of the respondents stopped visiting a particular restaurant that reminded them of an ex. But *Buhle just had to let The Dros go:

I stopped going to Dros restaurant because that’s where I met my ex-boyfriend. It became our favourite hangout spot. We even had our special table at the far corner of the restaurant. I enjoyed their nachos. Even the waiters knew us by names, so it’s kind of awkward going there with my husband. I have no lingering feelings for my ex whatsoever, but the restaurant feels dirty to me now. I don’t think it’ll ever be my first choice of restaurant. - *Buhle

*Cindy is probably one of several people who feels this way about the scent of an ex partner and would probably never gift anyone else that fragrance.

I’ve never really ditched anything of mine after any breakup. The most that has happened is me being annoyed by a perfume my ex used to use but I don’t come across it often. - *Cindy

Ultimately, it's okay to ditch once sweet things that now trigger you even if it's Chanel. And once you heal, don't forget to get up and put on that revenge dress just like Princess Diana taught us. 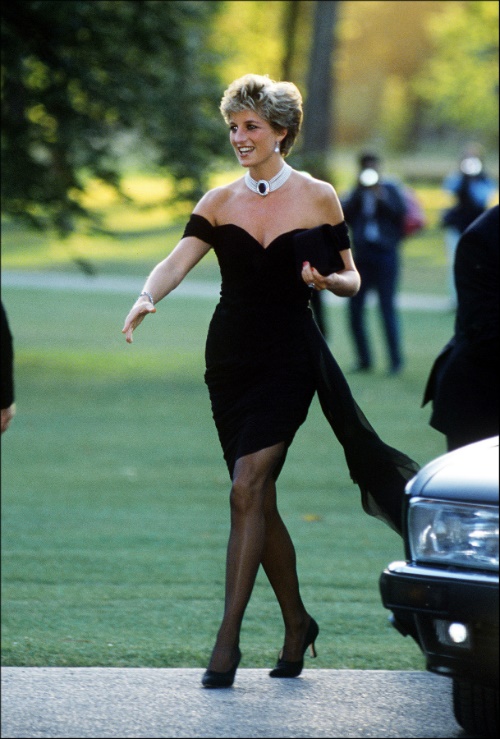 We live in a world where facts and fiction get blurred
In times of uncertainty you need journalism you can trust. For 14 free days, you can have access to a world of in-depth analyses, investigative journalism, top opinions and a range of features. Journalism strengthens democracy. Invest in the future today. Thereafter you will be billed R75 per month. You can cancel anytime and if you cancel within 14 days you won't be billed.
Subscribe to News24
Related Links
Has ending things with bae over text message or a DM become acceptable now?
These are some of the craziest things you've done to hold on to your partners
Has any another female royal received as much abuse from the public as Meghan Markle?
Next on Life
7 research-based resolutions that will help strengthen your relationship in the year ahead