The loved up pair have held on to words of the cheeky note that kick-started their life long romance. Now, Julie, 69 and her husband, Mike, 63, are happily retired. Julie, a former customer services advisor, looks back on how she met Mike and what led her to post the card through his door after their chance meeting at the bar. At the time, Julie was a single mother with a five-year-old son.

After she got divorced, she enrolled at a tertiary institution to study English Literature and Communications and met a group of girls she enjoyed going out with. On February 13th, 1978, the girls went to a local bar, and Julie smiled as she remembers when she first laid eyes on Mike, then 21, in his black bomber jacket. Mike and Julie celebrated their 40th wedding anniversary in lockdown. The couple happily showed off the cheeky Valentine's card that started it all off. All photos courtesy Caters News Agency/ Magazine Features

The mum of two says, "I just thought he was so lovely. He was very handsome with ice blue eyes. My girlfriends were friends with his friends so we started chatting. He was tall, and I was shy, but it just felt natural to talk to him, it felt like I had known him for years."

Julie was so smitten she vividly remembers what Mike was wearing on the day they met. Smiling, she says, "He was wearing a pale blue sweater, jeans and a black bomber jacket with a tartan lining. It was the fashion back then."

The conversation moved to the following day's events, and Mike told Julie he wouldn't be getting any cards. "My friend and I decided I should buy him one and as his flat was nearby. We bravely pushed it through his door," Julie remembers.

READ MORE | Why my husband chose to take my surname, despite our family being taken aback She admits she found Mike very handsome but says the card wasn't a first move on her part. "It was only supposed to be a joke, but that is only because I didn't think anything would ever happen. I can't remember exactly what I wrote, but I know I wasn't brave enough to put my name, and instead, I signed it with a question mark."

Although she cannot remember the exact words she wrote in the original card, Julie recently bought Mike a similar card with the words that they do remember from the original card, which read: For a happier Valentine's Day, remember... lust prevents rust!!!

With no mobile phones, Julie had to wait to see if her crush liked his card, but thankfully the next day, she saw him again at a party. "We just hit it off; it was like I had known him all my life." Julie says. Their romance quickly blossomed, and within weeks, Mike was ready to pop the question.

Julie recalls, "We were at church, he would come with me to be involved and meet my friends and during the service, he whispered to me, will you marry me? I spun round to face him so quickly, and I remember I didn't say yes, I just nodded." The spontaneous proposal was witnessed by Julie's friend who cornered her very quickly at the end of the service and asked her what had happened. READ MORE | What do our spending habits reveal about our romantic intentions?

"She said she saw me go red, then white and then red again as I nodded my head," Julie says laughing.

Their whirlwind romance saw them plan to tie the knot on June 21st 1980. But the engaged couple almost didn't make it up the aisle, when tragically, both of Julie's parents died just weeks before the wedding.

"My mother died six weeks before the wedding and I lost my dad the week after mum. We didn't know what do to but family convinced us to go ahead with our plans. 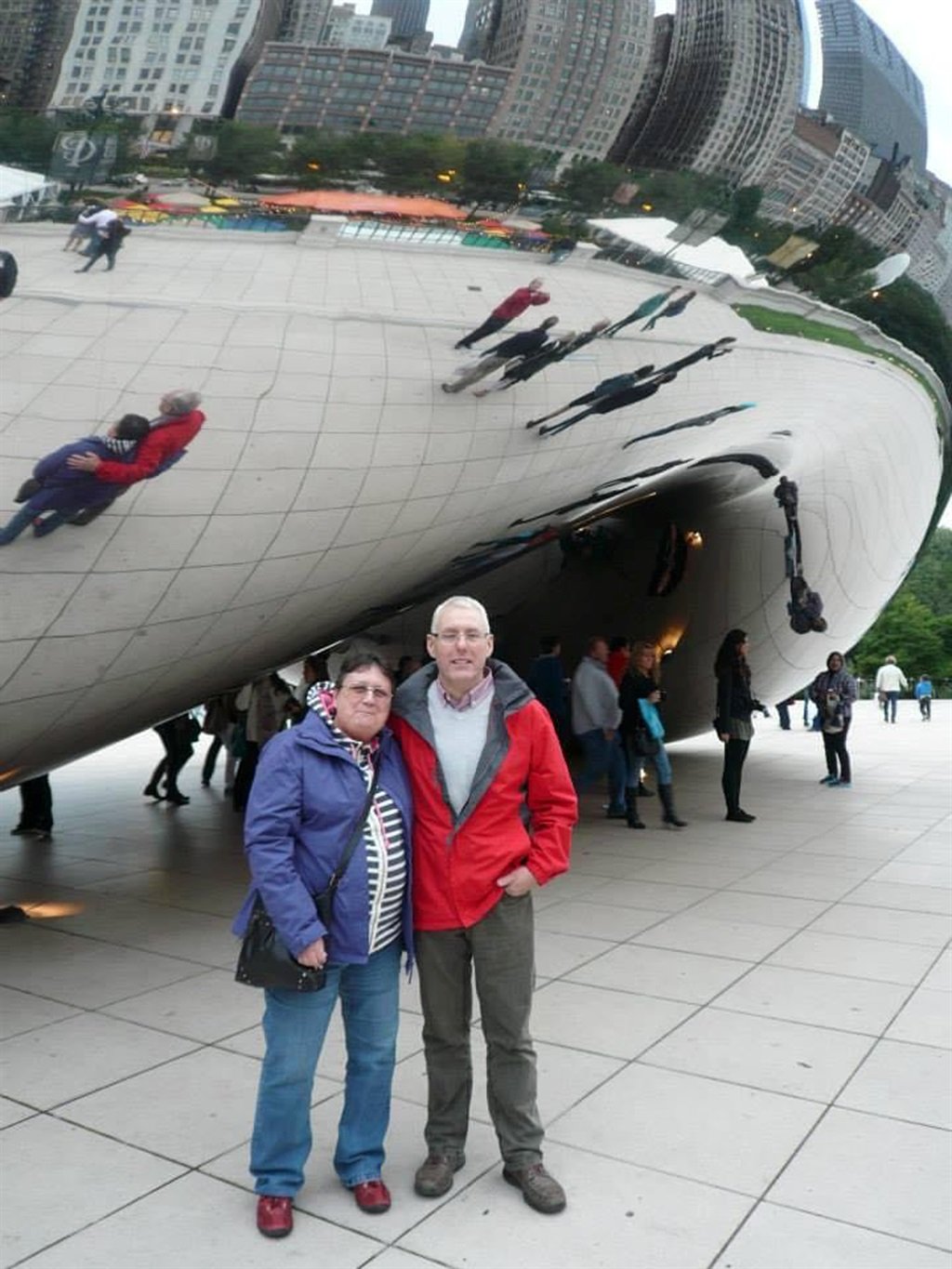 "Family told me my parents loved him, they knew I had found the one, and all they ever wanted was for me to be happy so they wouldn't want us to cancel our plans. We decided to go ahead and tie the knot, Julie says.

The couple celebrated their 40th Ruby wedding anniversary a few months ago, but sadly due to lockdown their party was cancelled.

Julie said: "We didn't really have any money when we did get married. I've still got my dress and I made a jacket. We decided to make a fuss when we got to 40 years. We had hired a big venue and decided to push the boat out. I was so bitterly disappointed that we couldn't celebrate with everyone, but we hope we can make up for it this year."

Julie's son Ryan is now 47, and their daughter, Lois is 38. The couple also have three grandchildren. The pair have enjoyed a life of holidays and adventures, and Julie believes the secret to a long and happy marriage is being friends and being honest. Mike adds, "I remember talking to Julie at the bar, and I thought she was really nice. I proposed quickly because I knew she was the one, and it felt right. She is the love of my life."

Have you taken a risk on love by forgiving a partner who cheated? Tell us here

We live in a world where facts and fiction get blurred
In times of uncertainty you need journalism you can trust. For only R75 per month, you have access to a world of in-depth analyses, investigative journalism, top opinions and a range of features. Journalism strengthens democracy. Invest in the future today.
Subscribe to News24
Next on W24
'I found out my husband was cheating when he accidentally sent me an email meant for the other woman'