Ghosting: the worst way to break up? 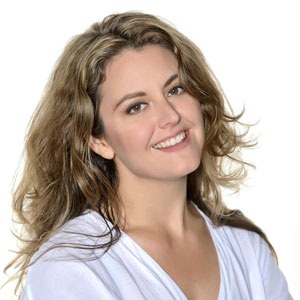 Finally, I have something in common with Onse Charlize other than being born in the same country. We’re both ghosters. I’m not proud of this fact, but I reckon any way to publicly align myself with this Hollywood superstar is a step closer to being her bestie.

Fake it ‘til you make it, I always say.

Except when it comes to real relationships. Then don’t fake it. Rather run away.

For those of you who don’t know, ghosting refers to that thing people do when they don’t want to hang out with you anymore but don’t tell you that.

Instead, they just disappear, go silent. They don’t answer your calls or your emails. You’re left having to assume the relationship is over simply because the person you were in a relationship with is suddenly MIA. Gone. Ghosted. *poof*

Sources have said that this is how Theron let Penn know the engagement was off.

Look, I’ll be the first to say that ghosting is a pretty shitty way to break up with someone, whether that someone is a love interest or a friend.

I have to console myself with the fact that I never ghosted a serious love affair. But, in truth, if I collect all the friendships and love randoms I’ve ghosted on, I don’t really come away looking like the paradigm of manners.

But sometimes it’s the only way to go.

I didn’t want to deal with more angst and drama that was likely to come with the ‘I don’t really want to’ conversation. And if the ‘insider stories’ about Charlie’s break-up tactics are to be believed, it’s worth bearing in mind that Penn doesn’t exactly come with a squeaky clean image of gentlemanliness.

Remember what happened to Madonna when she tried to break up with him (Penn) using words, like an adult?

Apart from reminding me that it’s time to come clean about the ghosting, this speculation around the Theron ‘break-up diss’ has me wondering about different levels of ghosting.

Because there are different levels.

Ghosting on an abusive relationship is very different to not returning calls to a three-date hook-up.

I’m not trying to make excuses here, but sometimes there’s a point to just cutting and running. Maybe you’re not feeling safe, or you want to avoid the drama or you’re just not interested. Isn’t that ok too?

It’s not like I haven’t enjoyed my fair share of being ghosted on. I know how crap it feels. You go on an amazing date or four with Mr Man and it’s all sunshine and roses. Next thing he disappears. He’s not answering your calls, your texts, your emails – and you know the sucker is alive because social media has confirmed it. It’s enough to drive you mad.

But as a ghoster myself, I know when to back away. And to make it easier for myself, I even have a game for it called the ‘Well, Actually’ game.

You play it with your friend when someone ghosts on you and instead of dealing with the humdrum realities of them being a big douche or ‘just not being into you’ and you feeling poorly about it, you make up something instead. Like so:

Your friend: So did you hear from Mr Man?
You: No.
Your friend: Oh no, that’s shit I’m sorry to hear that.
You: Well, actually, after he left my house, he was kidnapped by the Russian mafia who strung him up by his balls in a basement somewhere dark and terrible, where he still hangs today, upside down, crying his body weight in tears every hour for not seeing me ever again.

You can make up any ending that suits you. You can make it as funny, self-aggrandizing and mean as you want.

Either way, it’s the most fun you can have with ghosting and it’s certainly a lot better than the alternative: Chasing ghosts. Begging. Stalking. Whining. Wanting answers. (Though, the image of a bully like Penn simpering after Theron with this tactic amuses me.)

As someone who’s been on both sides of that game, there is no answer as to why a ghoster ghosts that will make you feel better. You might feel like they’re keeping you hanging, but you’re the only one waiting for an end that’s already happened for Ghosty McGhosterson.

In my opinion, it’s better to boil it down to a sort of emotional cowardice and leave it at that. Burn the wreaths, throw out the ashes and move on.

I could say more, but why even bother-- *poof*

We live in a world where facts and fiction get blurred
In times of uncertainty you need journalism you can trust. For only R75 per month, you have access to a world of in-depth analyses, investigative journalism, top opinions and a range of features. Journalism strengthens democracy. Invest in the future today.
Subscribe to News24
Related Links
Are you the side chick?
The scale of desire is more complicated than you think
Constant compromising is a bad sign
Next on W24
Do you allow others to walk all over you? You might be a people-pleaser and unable to say no