CliqueBaitTV/ CATERS NEWS (PICTURED Jess on the left and Stephen on the right) A couple claim theyre having more sex than ever after polyamory saved their relationship. Jess and Stephen DeMarco, who are not legally married, recently celebrated their 12th anniversary and claim their secret to success is dating other women together. Jess, 32, and Stephen, 35, make a living from sharing their polyamorous relationship online and make thousands from creating explicit content with other females on OnlyFans. But despite claiming that polyamory has made their relationship and sex life better, Jess, who is bisexual, has opened up about her insecurities and jealousy online. SEE CATERS COPY.

Jess (32) and Stephen (35), who are not legally married, recently celebrated their 12th anniversary and claim their secret to success is dating other women together. When Jess and Stephen first began dating women, they put "rules" in place to keep their relationship secure.

"We had a conversation about setting rules and how we wanted to go about dating other women," Jess shares. "We have dated around five or six different women long term, but we've been out on a lot of first dates with women we didn't end up connecting with."

Speaking about going out in public as a trio, Jess says. "Still to this day, when we go out and walk into restaurants, people turn around and look at us because there are two beautiful women and a man sitting at a table laughing and touching," she says.

"One time, I went to the bathroom and Stephen and the girl got close and a woman came up to me when I came out to let me know what she had seen. People think he's cheating on me." Content creators Jess and Stephen say their relationship is stronger because of their choice to date other women together. All photos CliqueBaitTV/ CATERS NEWS/MAGAZINEFEATURES.CO.ZA

However, despite claiming that polyamory has made their relationship and sex life better, Jess, who is bisexual, has opened up about her insecurities and jealousy online. "When we meet the right person, we'll evaluate their life and make sure they fit in with ours and make that jump," she says.

Jess, from Florida, US, explains: "After we had been dating for a few years, I began having dreams about women and was missing this other part of me that sexually and mentally craved a woman in my life. I thought we could tweak our relationship to include other women but instead of dating different people separately, we wanted to date someone together." Jess says she knew she wanted another female in the relationship because she already had a man. "We're on the hunt for the perfect woman to join our relationship and move in with us," she says.

"Our sex life and relationship are so much better thanks to dating other women together but it's natural to still feel jealous and insecure from time to time. I have to remind myself that he might show her more attention but she's jealous that I live with him and get to be with him all the time. Sometimes I get jealous when they're cuddling and not including me." READ MORE | Guess who got it all this morning? Why you might still be feeling giggly the day after having sex

Jess says when a new girl comes into the relationship, most things are for her because she's new and exciting and the couple enjoys sharing and showing someone what it can be like with them.

The couple, who are both full-time content creators, decided to be polyamorous three years into their relationship and have been dating women for the past nine years. Jess adds, "I was raised in a small town where most people were religious, and I hadn't been exposed to this before which is why I love being open and honest about my relationship online. We don't want multiple partners - I just want to fulfil my need for another woman. We want to find someone that gets along with us well and ultimately, we want a triad." 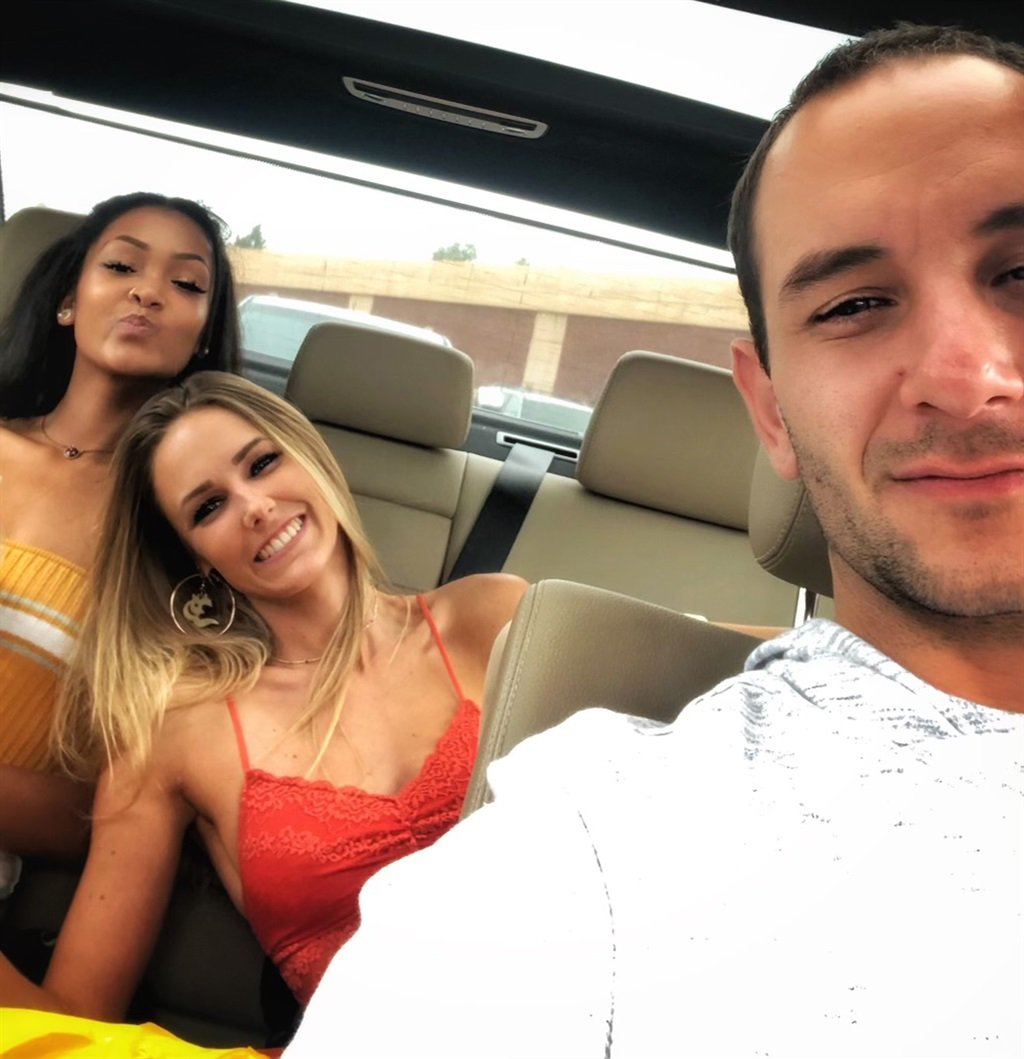 READ MORE | Naughty things to do on the floor, in the shower or in a car

Jess and Stephen believe polyamorous relationships are more "natural" and can save marriages in the long term.

"Considering how often people cheat, polyamory is definitely more natural. So many husbands and wives are cheating on each other and there's so much hate and anger but why is this a thing," she says.

"Some of our friends are starting to get divorced now and when we talk to them, a lot of it has to do with sex. We're having more sex than ever. I always recommend adding a girl in for some extra spice - we're in our 30s and still enjoying sex and trying new things." The couple wants children within the next year and would love to be a throuple by the time that happens so they can have her involved in the upbringing of their child and she'll be considered mum.

Are you in a polyamorous relationship? Tell us about it here.

We live in a world where facts and fiction get blurred
In times of uncertainty you need journalism you can trust. For only R75 per month, you have access to a world of in-depth analyses, investigative journalism, top opinions and a range of features. Journalism strengthens democracy. Invest in the future today.
Subscribe to News24
Next on W24
Naughty things to do on the floor, in the shower or in a car