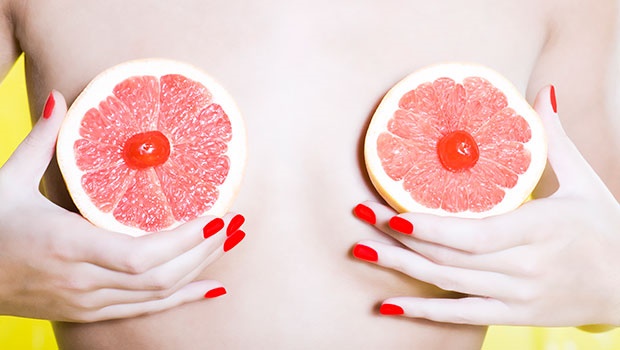 We already know that sex is healthy - it reduces pain, gives your heart a boost and makes you feel happier.

But aside from those obviously sexy reasons to get it on, there’s a whole world of additional health benefits... if you’re willing to get a little kinky. Here’s the dirty on the little-known healthy side effects of wilder sex.

To swallow or not to swallow?

That's a big question for a lot of women, but if you're pregnant you might want to go with the latter. Why? Because swallowing semen may prevent miscarriages and pre-eclampsia. Yes, you read that right.

A study by Leiden University Medical Center in the Netherlands found that women who swallowed had lower incidences of those two difficult conditions during pregnancy, possibly as a result of exposure to the father's DNA.

Read more: No sex. Is it celibacy or something else?

Dutch researchers have further shown that women who practice oral sex and swallow regularly are less likely to suffer from pre-eclampsia or miscarriage because of the body’s well-known ability to tolerate things better when they enter through the mouth.

Plus, if you and your partner are into it, swallowing can be very intimate and sexy! (For more sexy fun, check out 7 Safe, Sizzling Sex Positions for Pregnant Women.)

Another little-known health benefit of semen: vaginal, oral or skin contact to semen can have anti-depressant qualities, according to a study by State University of New York. Semen contains chemicals known to increase affection and elevate mood.

It even contains a natural antidepressant and sleeping aid. It’s definitely more fun than a pill! That said, exposure to semen is only healthy if you skip the STIs that can come with swapping fluids.

To ensure a happy ending, always use a condom unless you've both been tested or are in a long-term monogamous relationship.

Guys, this one’s for you: ejaculating often, especially when you’re young, can help you avoid prostate cancer when you get older.

The Journal of the American Medical Association published a study that found a correlation between frequent ejaculations and a lower risk of cancer: men who came 21 times or more a month were less likely to get prostate cancer, whether they masturbated or had fun with a friend. (Or, you could have it both ways. Read more in Double the Fun! 5 Hot Tips on Self Touch for Two.)

The theory is that kinky people have better communication skills and are more aware of their own psychology because they've learned to own it in a world where their desires aren’t the norm.

Another benefit of kink is the release of endorphins, which come on hard and fast after a good spanking. (Or any kind of pain, according to the Novosibirsk Institute of Medicine).

Or, how about this way?

Want to have better sex? Try more sex positions. Those who switch it up when they have sex have a lot more fun – and more orgasms - according to the U.S. National Survey of Sexual Health.

So the next time you get it on in the sack, challenge yourself to try a couple more positions. Need more options? Check out every permutation under the sun in our Position Playlist.

Why are you still here?

As you can see, being adventurous in bed can have many great health benefits. So... why are you still here? Go get healthy already!

This article was originally published on Kinkly.

We live in a world where facts and fiction get blurred
In times of uncertainty you need journalism you can trust. For 14 free days, you can have access to a world of in-depth analyses, investigative journalism, top opinions and a range of features. Journalism strengthens democracy. Invest in the future today. Thereafter you will be billed R75 per month. You can cancel anytime and if you cancel within 14 days you won't be billed.
Subscribe to News24
Related Links
Why I don't believe in safe sex
Does the rise in sexually-transmitted infections have anything to with dating apps?
Less than half of SA women are happy with their sex lives
Next on W24
Find inner joy: Why this condom can take your sexual pleasure to new heights