Warning – explicit content: Would you ever buy a sex robot? 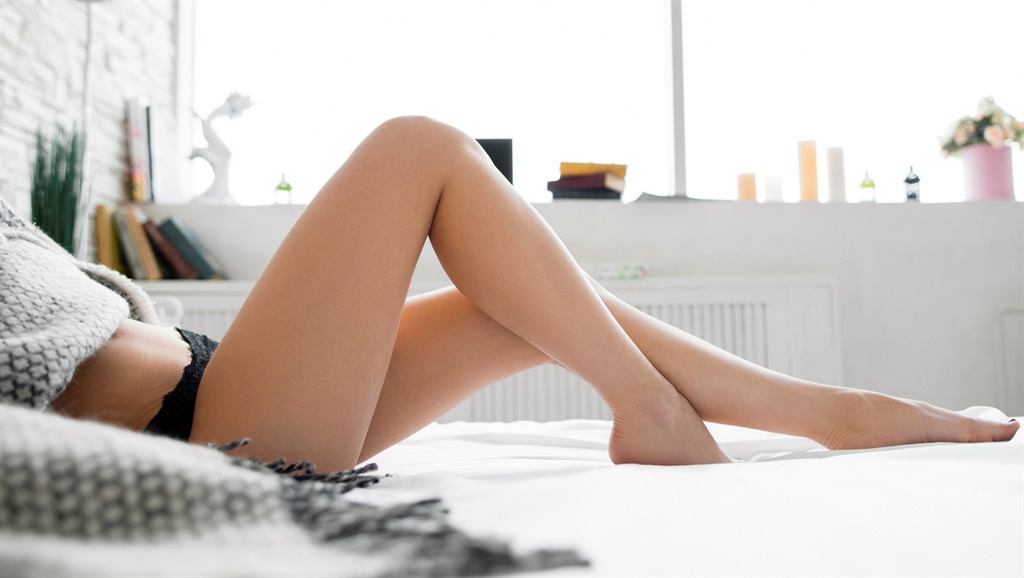 If you still expect to be behind the wheel in the next decade or a surgeon to be performing an op in theatre by 2053, think again. According to this study by Oxford and Yale University researchers, robots are on the rise and are here to take over the world.

The idea of the 'digisexual' – people whose primary sexual identity comes through the use of technology – doesn't sit well with me, but hey, if sexbots can fulfil sexual appetites...

'Dutch Wives' (an archaic Japanese term for sex dolls) are rising in popularity in China and its makers say men would never want a real girlfriend after buying one. They retail for almost R80,000 and more than 2,000 are sold every year, reports the Express.

Last year another popular life-like doll went on sale for a whopping R254,000.

Named Harmony 2.1, the American-made 'sexbot' speaks in a Scottish accent, has 30 different faces and 16 body types for users to choose from.

And some of them can even be personalised to resemble your ex partner.

Now, Realbotix, the company behind Harmony 2.1 has said a male version with a bionic penis will soon hit the markets. What's more is that the new doll will have an AI (artificial intelligence) to help its users connect better, allowing women to connect emotionally to it.

Then there's Silicon Samantha that's currently on sale in London. She's also programmed with AI, has dark brown hair and a fully functional vagina, including a G-spot, according to her designers and inventors, Arran Squire and Sergi Santos.

While Silicon Samantha can perform 50 automated sexual positions, Harmony boasts eerie conversational abilities. And some of them can even be personalised to resemble your ex partner.

Last year the 31 year old Chinese AI engineer Zhang Jia Jia married a robot he built for himself after he failed to find a human wife.

That's not where it stops, though.

Our robot future is broader than that and just a while ago, robot strippers became the new trending topic in the tech world.

The CES technology show this year boasted robot strippers and many attendees and people who saw the images on social media were not impressed.

Said one CES attendee, Ashleigh Giliberto, "I see robotic strippers and I see half-naked women on the showroom floor promoting products. It's like, aren't we worth more than that?"

In a recent report published in the Journal of Sexual and Relationship Therapy, ethics researchers from the University of Manitoba, Canada, argue that psychotherapists will need to be prepared for a rise in ‘clients participating in digisexualities,’ reports the Telegraph.

Some people say it’s better they rape robots than rape real people. There are other people saying this would just encourage rapists more.

The authors of the study express concern that apart from causing people to end up with debt, it could cause friction in relationships.

However, they also conclude that the impact of digisexuality can also be positive, allowing people to enjoy more sexual pleasure and enjoy new experiences.

We asked W24 sex and dating columnist, Dorothy Black, to weigh in on the trend. Here's what she had to say:

"I think everyone needs to calm down.In the 1800s we would’ve been considered ‘digisexuals’ for our use and integration of sex toys.

"The people who do take ‘robot lovers’ will be niche and like everything else will just be one extension of conversation that broadens our understanding of human sexuality and relationship response.

"Frankly, everyone who starts, manages and ends their relationships online and over devices should consider the impact of tech on their interaction with ‘real’ people."

That sex robots offer us the chance to live out any of our fantasies may sound fantastic, but disturbing fantasties can be problematic.

Take Frigid Farrah, for example, which allows men to simulate rape by actually saying "no" when it is touched.

It was unsurprisingly met with major backlash.

And then there was Young Yoko who is described by the website as: “oh so young (barely 18) and waiting for you to teach her".

A visit to the Museum of Failure in downtown LA hosts the (failed) sex doll brothel in China that shut down within just four days of launch, so what makes the sex robot so intriguing enough for people to cough up thousands of rands?

In an article for the New Tork Times, one of the authors of the Foundation for Responsible Robotics report, Noel Sharkey, a professor of artificial intelligence and robotics at the University of Sheffield, England, pointed to the ethical arguments within the field of sex robots with “frigid” settings, saying:

“The idea is robots would resist your sexual advances so that you could rape them,” Professor Sharkey said. “Some people say it’s better they rape robots than rape real people. There are other people saying this would just encourage rapists more.”

However, Laura Bates, campaigner and founder of the Everyday Sexism Project counters this saying that the notion that these robots could reduce rape is deeply flawed, since rape is not an act of sexual passion but a violent crime and rapists shouldn't be encouraged to find a "safe" outlet for it.

...I’m sure it’ll be way overpriced so you might as well hire someone for your pleasurable needs.

The most concerning? Child sex robots.

They made their debut last year and were made and shipped from Japan by a self-confessed peadophile, Shin Takagi who admitted to never having sex with a child because he made this doll for that reason, notes the Business Insider.

Takagi set up a company called Trottla that manufactures the child look-alike sexbots and dolls, and told The Atlantic last year: "We should accept that there is no way to change someone's fetishes. I am helping people express their desires, legally and ethically. It's not worth living if you have to live with repressed desire."

But that sexbots and dolls could act as a therapeutic prevention and stop paedophiles offending or reoffending is highly questionable.

Black also shares her thoughts on humans connecting to a sex robot with AI.

"How do you think emotionally connecting to a digital platform of smoke and mirrors will affect people’s social skills and sexual experiences with actual human beings? We know the answer is: mostly badly.

"The psychological and emotional consequences of relationships mediated by digital platforms is being well documented. But there are also upsides. Just like there will be for those who might need the physical comfort of a being that isn’t human as we understand humans to be.

"As much as there are possible horrors, I see therapeutic possibilities – either facilitated or totally unintentionally. We simply don’t know for sure, but frankly we know very little for sure when it comes to sex, self and relationships.

"And this is as much a question of self and relationships as it is about sex. If people want to vilify this, they need to ask what they are doing to strengthen, motivate for and educate their kids around ‘real relationships’ and ‘real sex’ today."

VOTE RESULTS: Would you ever consider getting intimate with a sex robot?

We asked our readers for their thoughts and many were skeptical and had mixed feelings.

Farzeen thinks it's nothing but ridiculous. "What exactly are they achieving by creating such a thing and at what psychological cost?"

"Firstly, I’m sure it’ll be way overpriced so you might as well hire someone for your pleasurable needs.

"Then there is a problem of it when it doesn’t work. All things are bound to have a malfunction and if this breaks down (especially when you’re er… doing it) it’ll become pretty awkward and possibly life-threatening. Where do you get it fixed? And how much will the damages be… I say HELL NO!"

Valid point, and the memes have us in a barrel of laughs.

Nazeerah believes that the increase in popularity is a reflection of our current society and sexuality:

"My blunt belief is that people are becoming more sick. It's obviously not a good thing because there are enough people in the world. And if anyone thinks that it's okay to have an intimate relationship with a robot, well, then they're not okay. Society is deteriorating."

Shakeela, on the other hand, takes a middle standpoint.

"Socially, it's just another way in which technology is taking over. But we need to ask the question of, what if the person becomes attached to the robot and struggles to let go and find a real companion in life.

"Or what if this person experiences so much pleasure from the robot that it becomes undesirable for him or her to then receive the same pleasure when they're with an actual human being?

"On the other hand, we have to consider someone who finds it very hard to find a partner and their sexual desires are starved. I mean, to them this sex robot could be life-changing."

Interesting, and perhaps worrying for clinicians is that in order to remain ethical and viable, they will now need to be prepared to work with clients participating in digisexualities. Whether this will pose difficulties in their area of expertise, only time will tell.

Would you buy a sex doll or are you creeped out by the idea of being digisexual? Share your thoughts with us here, on Facebook or on Twitter.

We live in a world where facts and fiction get blurred
In times of uncertainty you need journalism you can trust. For 14 free days, you can have access to a world of in-depth analyses, investigative journalism, top opinions and a range of features. Journalism strengthens democracy. Invest in the future today. Thereafter you will be billed R75 per month. You can cancel anytime and if you cancel within 14 days you won't be billed.
Subscribe to News24
Related Links
Would you ever consider getting intimate with a sex robot?
4 easy exercise moves to boost your sex life
I got the orgasm shot and this is what happened
Next on W24
Taboo to some, an aphrodisiac to others: Vabbing is the latest trend for sexual arousal