Happy groom dislocates his elbow while dancing at his wedding, bride joins him in hospital 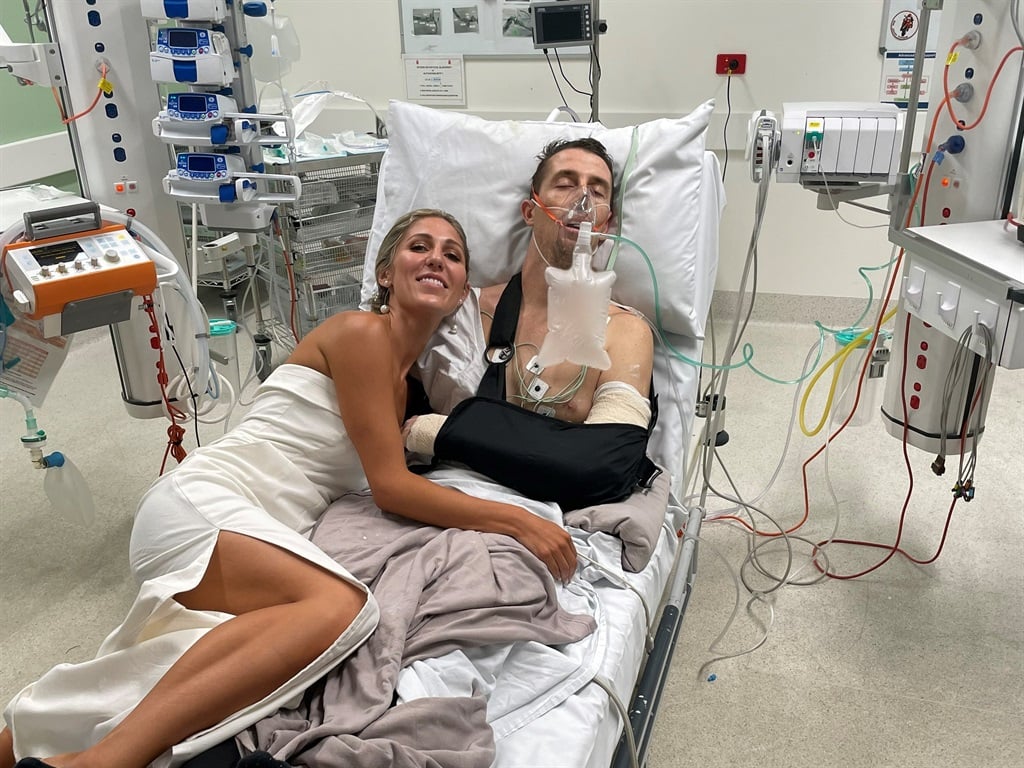 Bride Helen Quinn still in her wedding gown while the groom, Adam Quinn looks like he is fighting for his life.
Image supplied

It was quite a night to remember as the groom, Adam Quinn, was wheeled away on a stretcher to the hospital. Adam was only trying to impress his bride, Helen Quinn, by showing off dance moves, but it became an emergency when he was left on the dance floor with a dislocated elbow.

Helen tells us that she knew her husband of only a few hours at the time would be fine, but it was scary and not something they ever anticipated would happen. 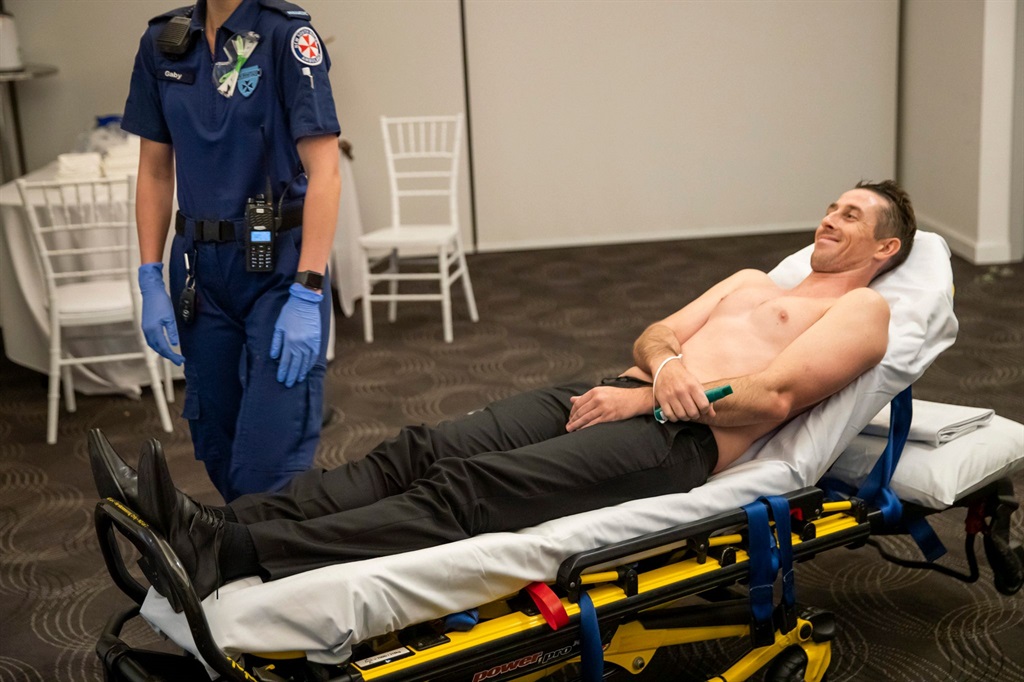 "I knew he was going to be okay, and it was either dislocated or broken and not life-threatening. The only time I got a bit scared was when his heart rate would drop low, and the machines would beep, but they said that he just had a really low resting heart rate, and it wasn't anything to worry about," Helen says. READ MORE | The secret to making a marriage last? A couple celebrating 80 years together say it's these 4 things

When the Australian couple got to the hospital, Helen cuddled her husband on the hospital bed, still in her bridal gown. While Adam, strapped to machines, looked like he was fighting for his life.

"He came home the following day at 7 am looking very sheepish," Helen shares.

Glad that the dance moves didn't ruin their plans, they were able to take time off as newlyweds as they had planned. Mr and Mrs Quinn on the wedding day. Image supplied

"We had a mini-moon planned as we can't take a proper honeymoon just yet, and we went away on a little glamping long weekend with a baby and a one-handed husband. We were laughing as he tried to chop firewood one-handed," she says.

The couple met over six years ago on Tinder and always have lots of fun.

"We still don't really understand how we matched... I wasn't too interested at the start as it would mean a long-distance relationship, but we quickly fell in love," Helen jokes.