WATCH | Bride tells guests to wear white to her wedding, then pulls off a shocking entrance 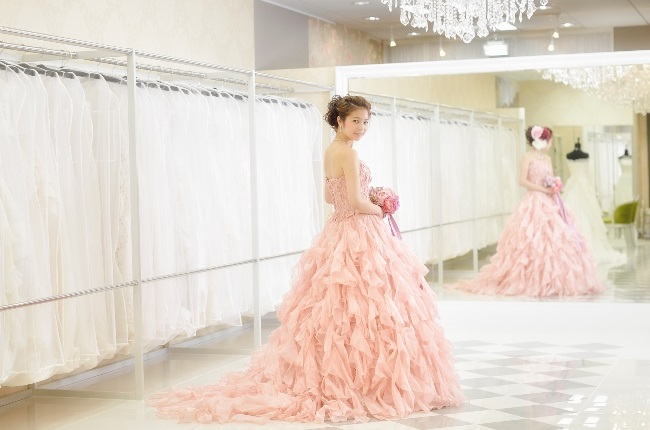 According to Vogue, the white wedding dress tradition began with Queen Victoria in the mid-19th century when she married Prince Albert.

The colour white on wedding gowns began trending as it signified purity and innocence in addition to wealth.

However, most people don't know that before Queen Victoria's influence, brides wore wedding dresses of different hues, with red being the most popular colour.

The white dress was reserved for women presented in court. One modern bride is joining brides around the world who are bringing different hues back by wearing a pink dress on her special day.

A woman named Camille Lescai took to social media to share a video of herself surprising her wedding guests and bridesmaids when she showed up for her wedding in a pink dress instead of the traditional white or ivory.

She also took the opportunity to switch things up by asking her bridesmaids and guests to wear white without telling them why.

"Wedding dress reveal! Absolutely no one saw the dress until the day of; it was worth the wait," she captioned the now-viral video on her social media platforms.

The video begins with all of Camille's family and friends in one room, covering their eyes before she makes the shocking entrance. When they opened their eyes, the bride debuted her ruffled, pink-tinted frock dress, and everyone was in shock.

The video has reached over two million views on TikTok and a lot of comments where the brides is praised for the unique idea with one saying, "Absolutely stunning and didn't expect anything less."

Another added, "Camille, this is just the most heavenly suitable extraordinary creation I have ever laid eyes on. I'd expect nothing less - you are a goddess in this dress."