Woman and her dad's married best man have sex at wedding, she posts viral TikTok about it 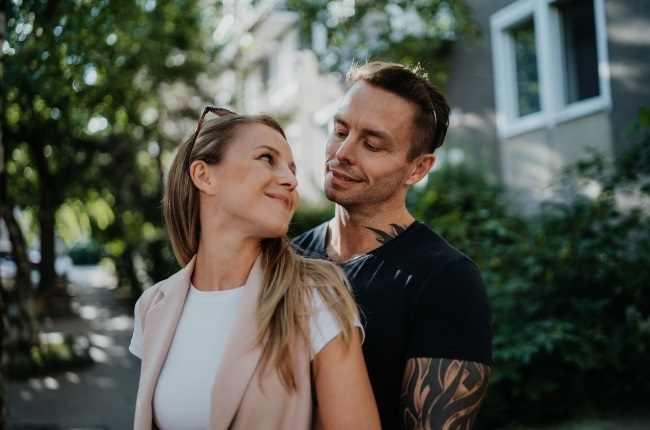 An influencer by the name of Stella Barey has gone viral for sharing how she slept with her dad’s best friend at her father’s wedding. Sharing all the shocking details with her followers in a two-part TikTok series entitled "How I got with my dad’s best man at his wedding."

She first shared that she had never met her father's best man prior to the wedding, but she was aware of him having a family back in Sweden. "I knew my dad’s best man was Swedish, but I didn’t know he was so hot,” she explained.

She then shared details of what happened during the wedding. "I’m sitting in the front row, and he’s a groomsman, so he’s standing right in front of me. We keep making eye contact, and I’m feeling so much tension between us because he is so attractive. I just kept writing it off. I thought, why would he do that to my dad at his wedding? Why would he be into me in the first place? He runs a hedge fund, and I just graduated," she shares.

"But cut to the after-party, that is where stuff got serious." The 23-year-old continued to share that her dad’s best man and her dad’s other best friend – who she had known since she was 4 years old – invited her back to their Airbnb.

"It’s around 4 am at this point, and we start talking, we’re laughing, it’s all good. My girlfriend has fallen asleep, and there were no Ubers around to get back to our hotel. I was like, I guess we have to sleep here, and I lay down next to him. I wake up the next morning next to my dad’s best man and my friend. Obviously, that night, we did stuff with my friend sleeping right next to me," she says.

As he was driving them back to the hotel, she wondered if he remembered anything about the previous night. "He drives us back, and I was so nervous because he is so cute, and I didn’t know if he even remembered that we got together, or maybe he regrets it. We don’t talk about it, and I don’t tell my best friend."

She then went to catch her flight back to LA after her best friend flew home, but her dad’s best man was on the same flight as her. "The whole time I'm so nervous but so enamoured. This is the weirdest part. Turns out he knew exactly what we did and had no shame about it. We didn’t talk about it all until I’m saying goodbye to him. He was saying how he didn’t want to leave me, that he was going to miss me so much," she says.

"Then he gets on the plane. Then I get a text message from him. It’s a photo of his hand, with his nice watch on it, grabbing my thigh under the sheets the night we were together." When she got back home, she said they texted a few times – but their fling soon faded after he got back to Sweden.

"I wasn’t really interested in keeping it alive. I didn’t really like that my dad could find out, and it was going nowhere. So I didn’t keep talking to him. He had a whole family back in Sweden. I think they were separated, but still. As far as I know, my dad never found out. I never told him, and I’m pretty sure his friend never told him because they’re still friends," she shared.

On TikTok, followers jumped on the comment section to let her know that her secret won't be kept any longer as her post is now viral, with one saying, "I guess the best friend and the dad know now." Another added, "Your dad for sure is going to see this."

READ MORE | Could infidelity be contagious? Recent study suggests it is

Some people questioned why she would share such information and why he was comfortable having such an affair, assuming he was still in a monogamous marriage. However, according to one study, recently published by the Archives of Sexual Behaviour, people who learn about others' infidelity are predisposed to be unfaithful. The study found that knowing about the high rate of infidelity and knowing that others are having extradyadic affairs may make people feel more comfortable when having such affairs themselves.

The study found that exposure to infidelity could normalise that kind of behaviour and leave relationships vulnerable to cheating. The authors state that "exposure to adultery norms may, for example, render long-term goals less prominent and thereby reduce guilt feelings or soften resistance toward infidelity by lessening the motivation to protect the current relationship."

We live in a world where facts and fiction get blurred
In times of uncertainty you need journalism you can trust. For 14 free days, you can have access to a world of in-depth analyses, investigative journalism, top opinions and a range of features. Journalism strengthens democracy. Invest in the future today. Thereafter you will be billed R75 per month. You can cancel anytime and if you cancel within 14 days you won't be billed.
Subscribe to News24
Next on Life
Gabourey Sidibe hates weddings so much she got married secretly in her kitchen – 'I'm really happy'