Adidas period proof tights to keep more people who menstruate in sport, plus other similar innovations Apparel brand, adidas, found that teenage girls are dropping out of sport at an alarming rate, with one of the key reasons being fear of period leakage. Using these insights, the brand set out to create a product that helps athletes stay in sport throughout their cycle by giving them an added layer of protection.

After over two years of development and rigorous testing, the tights were developed with the following key details: Using new adidas Flow Shield technology, the tights have a set of absorbent layers and a membrane that help protect against leaks, giving athletes added confidence whilst training through their period. A wicking layer, absorbing layer and leak proof layer work together to provide protection, whilst a bonding frame holds each layer together and keeps the tights in place. In addition, to normalise period conversation, adidas has partnered with leading sports research scientist, Dr Georgie Bruinvels, and Physical Education teachers to develop educational materials and practical lesson plans. The aim is for these to be used in schools around the world, helping teachers, parents and teens better understand how to navigate their cycle. Known for their period leakage proof panties, U.S. brand, THINX came out with a range of Icon Undies that cater especially to women who experience light urinary leakage. Leak-free panties were created to absorb urine in particular (up to six teaspoons a day) since period blood has a slower release than urine.

This revolutionary company aimed to destigmatise outdated cultural taboos related to period blood and leaking by creating panties that are leak-proof, odour-free and comfy.

Our local equivalent is XO Underwear by Feel Good & Co. This is a proudly South African, eco-friendly, ‘Period Proof’ underwear and outerwear brand owned by a mother-daughter duo.

"Our brand promotes body positivity as well as 'period positivity' and the need for [people who menstruate] to be able to feel both sexy and comfortable at ALL times, even on their period," the founders say.

"Having tried to import a similar product [to THINX] for over two years, we finally decided that we needed to create and manufacture our own proudly South African product which is easily accessible and suited to our South African women. Almost two years later, we introduce to you XO Underwear."

So what exactly does ‘period proof’ mean?

Well, the XO’s are each fitted with Love/Hate Padded Technology which absorbs liquid and moisture, eliminates odour, and ensures that there is no leakage. You can rinse and repeat them.

Considering the fact that South Africa still has limited access to alternatives for sanitary care - especially options that are kind to the environment - leak-proof panties are a viable option (in addition to menstrual cups) for anyone looking to ditch pads or tampons.

However, leak-proof underwear is not only for menstruation, but also for people who experience light urinary leakage.

How common is light urinary leakage?

It has been reported that 1 in 3 women suffer from light leaks - younger and older women alike.

According to WebMD, this leakage can be caused by a plethora of things including pregnancy, childbirth, menopause, hysterectomy, Multiple Sclerosis, and vesicovaginal fistulas. The latter is particularly common after childbirth, where a hole can form between the bladder and the vagina during labour from which the leaking then occurs.

Over the last decade or so, efforts have been to break period taboos. Period blood and period stains are already talked about in mainstream media and even joked about in TV shows and films, which has somewhat destigmatised it.

These days, after much unabashed declarations and PMS grievances being made on social media, periods are seen as ‘normal’ in many parts of the world. Sadly, this is not the case when it comes to leaking.

"There's this misperception that leaking a little pee is only something that happens when you eat dinner at 4 p.m. and play bingo on Tuesdays (which, TBH, sounds amazing), but it happens to women of all ages."

Openness and information about this highly common condition are very necessary and women around the world have been embarrassed about it for too long.

In the past women who leaked have had to resort to wearing pads and pantyliners on a daily basis, which is why we appreciate pantyliner and pad alternatives.

XO’s are available in sizes Small to Extra Large and currently come in three styles: Teens (R395), Sculpt (R475) and Active (R675). They each have different uses and are for different kinds of women. XO Underwear aims to not only help those who can purchase their garments, but also girls in need, which is why they we will be donating a pair for every five pairs sold alongside the Feel Good Foundation.

This will hopefully make a difference in the lives of our girls who can’t go to school because of their period. 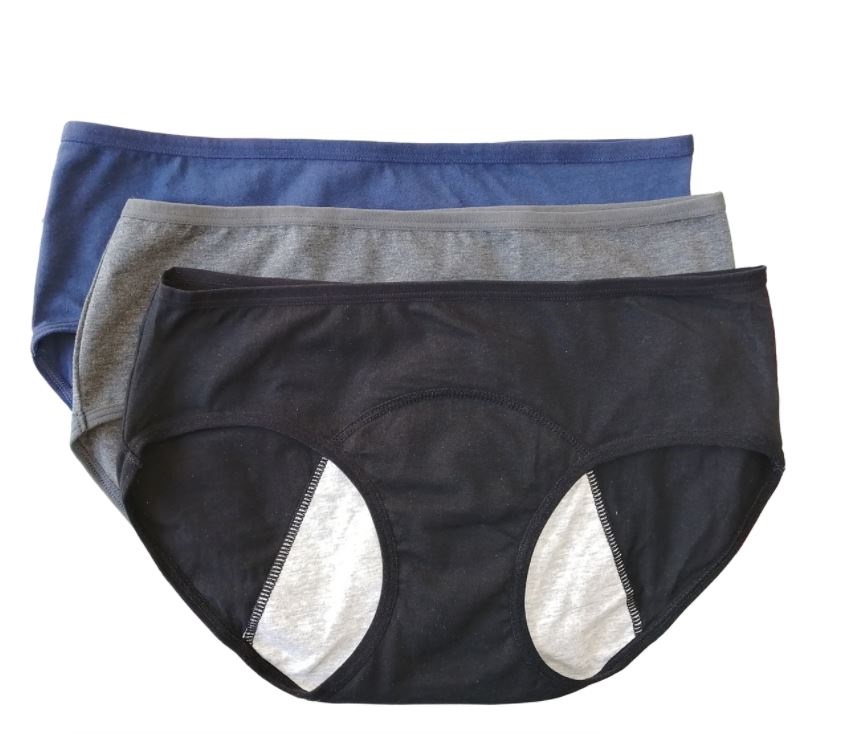 The women’s maximum absorbency panty offer the highest absorbency- 50ml per leak, up to 600ml. We live in a world where facts and fiction get blurred
In times of uncertainty you need journalism you can trust. For only R75 per month, you have access to a world of in-depth analyses, investigative journalism, top opinions and a range of features. Journalism strengthens democracy. Invest in the future today.
Subscribe to News24
Related Links
How to choose the perfect underwear to complement your outfit
'The New Naked' - black women in SA finally get lingerie for our skin colour
Bralettes - the perfect fit for smaller boobs
Next on W24
Refilwe Modiselle gives a nod of appreciation to the people who've enriched her life

Subscribe to newsletters
Voting Booth
Have you ever purchased a fake luxury/designer item?
Please select an option Oops! Something went wrong, please try again later.
Yes, I believed it was authentic
7% - 340 votes
Yes, I didn't want to spend that much money on the original item
20% - 993 votes
No, I always shop at reputable stores
13% - 659 votes
No, I don't wear designer clothing
60% - 3003 votes
Previous Results
Fashion
A trip back in time and a nostalgic peek at the iconic clog, just as comeback...