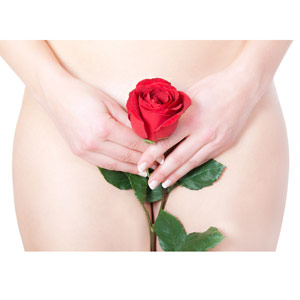 There’s so much more to it than you think
Your entire genital region is usually referred to as your vagina, but the vagina is just part of it. The outer portion is called the vulva – which includes the inner and outer labia, the clitoris, clitoral hood, and the opening to the urethra and vagina. The actual vagina is an internal structure, along with the other parts of the female reproductive system including the cervix, uterus, ovaries and Fallopian tubes (which are sometimes called the oviducts).

Women get ‘stiff’ too.
During intercourse, when you’re super turned on, we’re sure you know that certain things happen down there. Your clitoris engorges, your cervix widens, and your labia minora contains erectile tissue which gets slightly stiffer than normal.

Sweating down there is normal
And is actually quite necessary. Below the skin of your labia and the hood of your clitoris, there are hundreds of teeny tiny little glands producing sweat and oil so that your lady bits don’t overheat or get damaged by friction.

The vagina is self-cleaning
And cleaning it with things like douchebags (this, not that) is not recommended by doctors. Your flower bud has colonies of mutually symbiotic flora and microorganisms that protect against dangerous microbes. Disrupting this balance can cause yeast infections, abnormal discharge, and more.

There are apparently over 200 names for your ‘special place’
These include passion flower, pink pearl, ya ya, fuzzy taco, crotch mackerel, cod canal, fuzzy lap flounder, yoni, warehouse of warmth, land down under, and chatterbox. And those are just the nice ones.

Each vagina has its own smell
The smell depends on a variety of factors, including the combination of normal bacteria that live in the vagina, diet, the types of fabric each woman wears, her level of hygiene, how much she sweats, and gland secretions. It can also change during the course of the day. After exercise, during menstruation, or after sex the vagina smells differently.

Do you really have a g-spot?
Most researchers believe that the little pleasure zone called the G-Spot is  two to three inches inside the vagina, on the anterior wall (near the belly button), just under the urethra. But there are others who believe it doesn’t exist at all. The best person to know would be you.

The clitoris is purely for pleasure
Made up of over 8000 nerve endings (double the number in the penis), that little pink nub is a powerhouse for pleasure. Here’s how to use it to its full potential.

Woman can ejaculate too
Not all women can, but it is possible, and completely normal. During orgasm, some women release a milky fluid from the para-urethral glands inside the urethra. This results in what is termed as a ‘squirt’. And, of course, there is actually a record for the farthest distance that a woman has ejaculated: 3 metres. Although, why anyone decided to measure that is a mystery to me.

Can you think of any other interesting vagina facts? Tell us in the box below.

We live in a world where facts and fiction get blurred
In times of uncertainty you need journalism you can trust. For 14 free days, you can have access to a world of in-depth analyses, investigative journalism, top opinions and a range of features. Journalism strengthens democracy. Invest in the future today. Thereafter you will be billed R75 per month. You can cancel anytime and if you cancel within 14 days you won't be billed.
Subscribe to News24
Related Links
#TwitPicYourKuku
There's no such thing as a perfect vagina
So what if I want surgery?
Next on Life
Ashley Graham has hit back at fat-shamers and insisted haters can only put you down if "they are given power"