7 morning after pill side effects you should know about 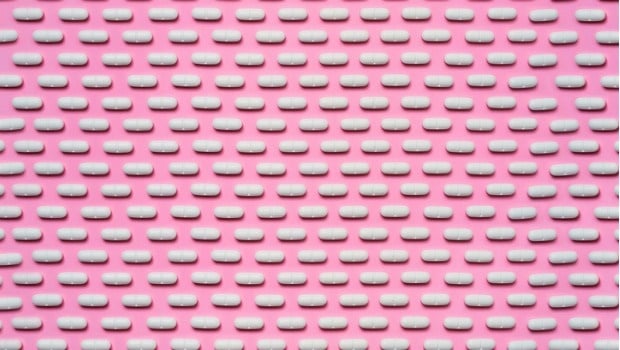 So the condom broke and you’re not on the Pill.

Your move: dash to the pharmacy and pick up the morning after pill. But if you’ve never taken emergency contraception before, you might be wondering: Does this stuff have any side effects?

“Plan B [what the U.S. refers to the morning after pill as] contains a type of progesterone, the same steroid hormone that’s in oral contraceptives, but at a higher dose,” says Dr Iffath Hoskins, a clinical associate professor in obstetrics and gynecology. “It works by one or all of the following ways: delaying ovulation, preventing fertilisation, and/or preventing egg implantation.”

(Reminder: The morning after pill is not the abortion pill. It prevents pregnancy from occurring in the first place; it does not terminate an existing pregnancy.)

READ MORE: 12 Contraceptives You Should Think About Trying — Other Than The Pill

Though the morning after pill is generally considered very safe (especially compared to an unplanned pregnancy…), that high dose of progesterone may cause a few potential side effects.

Here are the side effects you should know about:

Changes In Your Period

Taking a morning after pill can cause your period to be lighter or heavier, or arrive earlier or come late. “These side effects are due to the high-dose progesterone acting on the lining of the uterus at variable points in time during the menstrual cycle,” says Hoskins.

How it affects your cycle depends on where exactly you are in your cycle when you take it. And while it may cause changes, “these are always temporary, especially when the pill is used correctly, i.e. very rarely/occasionally and not regularly and repeatedly,” she says.

One unpleasant side effect of the morning after pill is that queasy, upset-stomach feeling. “Again, this is due to the pill having a high dose of progesterone,” says Hoskins.

That extra influx of hormones can throw your body out of whack for a bit, until it gets used to the higher level. “In general, it’s mild to moderate but like most everything else in medicine, there may be a few instances of severe, unremitting nausea and vomiting. In those cases, you should seek medical attention,” she says.

Also, if you throw up within two hours of taking it, the medication may not have been fully absorbed into you system. You should call your doctor to see if you need to repeat the dose.

READ MORE: Do you really need to stop drinking on antibiotics?

If you’re feeling lightheaded or dizzy after taking the morning after pill, don’t immediately freak out. “The usual underlying cause here is that progesterone causes relaxation of the muscle cells in the blood vessels; therefore, the blood tends to pool in the blood vessels of the lower extremities, resulting in less blood flowing to the head,” says Hoskins. “That can cause dizziness and lightheadedness.” Again, this should be temporary, so if it’s persistent, call your doc.

READ MORE: Why Your Contraceptive Injection Makes You More Likely To Get HIV

Ah, we can never get away from cramps, can we?

“Progesterone affects uterine musculature, so mild to moderate cramps can occur,” says Hoskins. The usual over-the-counter meds that you might take for menstrual cramps can help alleviate these.

“But anytime the pain is ‘severe’ — whatever level of pain that causes you to double over — and/or is associated with moderate to severe bleeding, you should seek medical care,” she adds.

READ MORE: Menstrual cramps can be considered as painful as a heart attack

Breast tenderness is also linked to the morning after pill. “This is actually just a known side effect of progesterone,” says Hoskins. “In a normal menstrual cycle, the second half has more progesterone in the blood, and breast tenderness and headaches are known to occur during this time.”

Considering the fact that it comes with an extra dose of progesterone, it shouldn’t come as too much of a surprise if your chest feels sore or achy after taking the morning after pill.

READ MORE: Exactly How Each Form Of Birth Control Affects Your Period

In the same way you may experience headaches during the second half of your menstrual cycle, this side effect could occur after taking the morning after pill. “Again, progesterone causes this symptom. It’s usually not severe and goes away over a few days,” says Hoskins.

“But if the headache is severe, lasts several days, and/or is accompanied by visual changes, you should seek medical care.”

Who isn’t tired at some point during their menstrual cycle? Hormones are to blame for that, too, which is why you could experience that same feeling after taking the morning after pill. “Progesterone causes tiredness and a feeling of lethargy,” explains Hoskins.

The feeling should be temporary, so indulge in a good nap or just ride it out for a couple days.

We live in a world where facts and fiction get blurred
In times of uncertainty you need journalism you can trust. For 14 free days, you can have access to a world of in-depth analyses, investigative journalism, top opinions and a range of features. Journalism strengthens democracy. Invest in the future today. Thereafter you will be billed R75 per month. You can cancel anytime and if you cancel within 14 days you won't be billed.
Subscribe to News24
Related Links
Menstrual cramps can be considered as painful as a heart attack
PSA: You can now track your periods using your fitbit
This one thing could make your period end faster
Next on W24
Corsets and waist trainers: how celebrities and influencers have driven modern obsession with shapewear