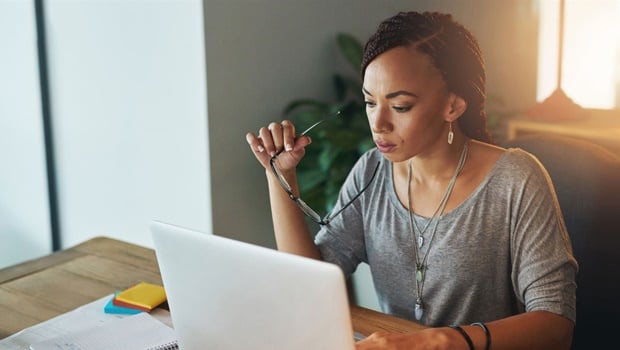 The World Health Organisation (WHO) has always defined a disability as an "umbrella term, covering impairments, activity limitations, and participation restrictions."

The definition then goes on to further explain that a disability is therefore not only restricted to health, but rather that it is "a complex phenomenon, reflecting the interaction between features of a person’s body and features of the society in which he or she lives."

And when you search for the definition of "single" on Google, the search result gives you "unmarried or not involved in a stable sexual relationship."

So given these definitions in isolation you would usually never associate these two aspects of the human condition with each other.

But The World Health Organisation may think otherwise.

Why “appropriate” the real struggles of people who are actually disabled or infertile?

In cases where one has been unable to fall pregnant (or impregnate) for 12 months or more, the WHO had always classified it as a disability (infertility). Now the definition is looking to expand to include individuals who do not have sexual partners (and therefore no children).

According to The Telegraph, Dr David Adamson, one of the authors of the new standards, explains:

"The definition of infertility is now written in such a way that it includes the rights of all individuals to have a family, and that includes single men, single women, gay men, gay women.

It means the WHO no longer regards infertility as just a medical condition, but rather the definition is more concerned with giving "every individual the right to reproduce."

What this means is that the inability to find a suitable sexual mate which may allow for reproductive prospects can be seen as much of a disability as being infertile is.

This is all in an effort to put pressure on the NHS to revisit its policies on who qualifies for in vitro fertilisation (IVF). Thus according to a report by The Telegraph, the WHO’s recent stance on disabilities is actually a very progressive one.

Is this not just a new brand of ableism and entitlement?

In a world where women have been putting the brakes on the fertility cycle for so long with contraceptives and letting go of the brakes as they see fit, one would ask why they deserve the same priority as people who have been struggling to conceive in all the time they've been delaying conception?

There is also the probability that if some single people were to become sexually active tomorrow, they wouldn’t have much trouble falling pregnant if they wanted to, so why “appropriate” the real struggles of people who are actually disabled or infertile?

Well, as valid as these questions are, the reality is that heterosexual couples with medical fertility problems are the ones who have been getting prioritised for IVF. Understandably so. But this has been received as somewhat exclusionary.

The problem is that for a long time heterosexual single men and women and more importantly, homosexual couples, seeking IVF have often found themselves not qualifying for this treatment on the grounds of not being medically "infertile."

Dr David Adamson of the WHO clearly says that the principle behind classifying being "single" as a disability is to not restrict the right to reproduce only to individuals with partners.

And according to gizmodo.com, the WHO’s new classification is aimed at creating equality for those who have not yet been afforded this privilege.

And we also know how society can often be prejudiced against what they don't understand. Comments such as "why can't you just let nature take its course?" and the homophobic "it's not natural for a child to have two dads/moms" have often made people feel reluctant or ashamed to seek IVF treatment. And even if they do, the likelihood of them receiving it will be small.

So the World Health Organisation's progressive attitude towards IVF for all is also step towards breaking down these exclusionary barriers.

Besides, it's not like single people who had no plans to reproduce prior to the new definition are suddenly going to start queuing for IVF like a new Starbucks is opening in town.

The definition merely serves the purpose of accommodating those in need, who had been previously overlooked due to their marital or health status, as Dr David Adamson of the WHO clearly says that the principle behind classifying being "single" as a disability is to not restrict the right to reproduce only to individuals with partners.

This is therefore a step towards allowing (for lack of a better word) hetero single people as well as gay men/women a chance to exercise their reproductive autonomy without being shamed or excluded from basic healthcare.

In gizmodo.com's report, Dr Adamson further adds that "it sets an international legal standard. Countries are bound by it."

This is why the new definition will be sent to health ministers across the world next year for approval. So now we wait for SA Minister of Health, Aaron Motsoaledi's verdict.

We live in a world where facts and fiction get blurred
In times of uncertainty you need journalism you can trust. For 14 free days, you can have access to a world of in-depth analyses, investigative journalism, top opinions and a range of features. Journalism strengthens democracy. Invest in the future today. Thereafter you will be billed R75 per month. You can cancel anytime and if you cancel within 14 days you won't be billed.
Subscribe to News24
Related Links
Motherhood and pre- and post-natal depression
Abortion rates are going down even as abortion debates intensify
5 things you experience when trying to find love as a career woman
Next on W24
What to do if you feel tired all the time