Yes, it’s actually possible to be allergic to exercise 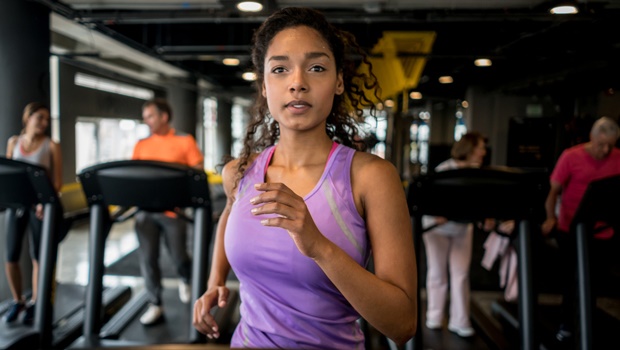 The condition is called exercise-induced anaphylaxis and affects about 50 in every 100 000 people. It can trigger allergy symptoms like watery and swollen eyes, breathing difficulties, hives and itchy skin, or even vomiting.

Popular Science says that while awareness of the condition among those in the medical field has been raised, it's still a condition that baffles a lot of medical professionals.

READ MORE: Here’s how to tell if you’re ready to exercise again after a cold or the flu

Predominantly, most people who react badly to exercise become ill when they combine certain foods with strenuous physical activity. Then there are others who tend to become more sensitive to drugs like aspirin when exercising. (When taken just before)

Then there’s the fact that some women only experience it when they’re at the point in their menstrual cycle when their levels of oestrogen are at their highest.

According to NBC News, the effects could last up until four hours after the workout and running and jogging are most likely to trigger an attack, but other things like dancing, playing volleyball, or even working in the garden could also cause a reaction.

READ MORE: You'll never guess where your fat goes when you lose weight

There’s also the less severe condition called cholinergic urticaria, which is a common type of heat rash. It only affects the skin so you won’t throw up or struggle to breathe like you might with anaphylaxis, but you will experience itchiness.

NBC News says that women are most susceptible to the condition and the average age for it’s first appearance is at age 16.

But that doesn’t mean you have to stop exercising or that this gives you an excuse to a free pass. According to Business Insider, you can still do low intensity training or change the type of exercise you do since activities like swimming haven't been associated with this condition.

READ MORE: 7 women share their embarrassing exercise confessions - so you won't feel like you're the only one

If your reaction is food-induced, then the medical recommendation is to not eat for about six to eight hours before you work out and since very hot or cold weather can also affect the reaction, avoid working out during those times.

If you do have a severe reaction while exercising, it is best to stop immediately and go to the nearest doctor and get allergy medication to stop the reaction.

Health24 says the treatment for exercise-induced anaphylaxis is just like that of anaphylaxis in general: Avoiding the allergen and carrying an Epi-Pen.

Health24's Cyber-doc Heidi Van Deventer says that there are various ways to test what exactly is causing your reaction to exercise: "Exercise induced anaphylaxis and food-dependent exercise induced anaphylaxis are not very common conditions, and the diagnosis is usually made by excluding other possible causes first, for example an increased heart rate that is caused by cardiac (heart) abnormalities, or a skin rash (urticaria) that is triggered by shifts in body temperature.

"The doctor will do a thorough physical examination and blood tests (especially if there is a chance that it could be food-dependent exercise induced anaphylaxis) - one's body will have a very high amount of IgE in the blood if tested for the specific food allergen. Other causes include non-steroidal anti-inflammatory medication, alcoholic beverages, extremes of temperatures and seasonal pollen exposure. The most important thing to remember is to have an Epipen with you at all times, and try and avoid situations/foods and certain types of exercise that one knows causes the anaphylaxis."

Have you ever had a sever reaction to exercise? Tell us about it on Facebook or Twitter.

We live in a world where facts and fiction get blurred
In times of uncertainty you need journalism you can trust. For 14 free days, you can have access to a world of in-depth analyses, investigative journalism, top opinions and a range of features. Journalism strengthens democracy. Invest in the future today. Thereafter you will be billed R75 per month. You can cancel anytime and if you cancel within 14 days you won't be billed.
Subscribe to News24
Related Links
Here’s how to tell if you’re ready to exercise again after a cold or the flu
‘I was suffering alone and in silence’ - meet the PR specialist whose life was once dominated by...
7 women share their embarrassing exercise confessions - so you won't feel like you're the only one
Next on W24
Five advances in women’s health that’s worth celebrating