Are almost 1 out of 2 SA women obese? 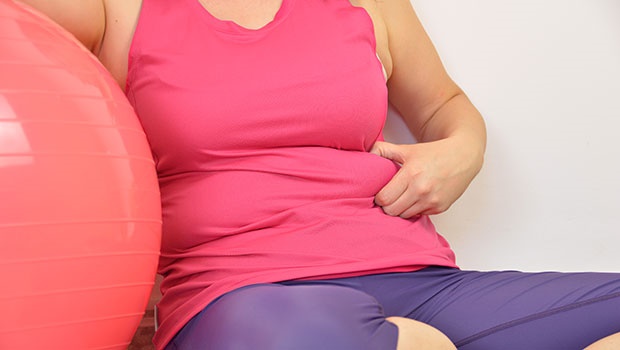 A new study by Healthdata.org found that the obesity rate among South African women is 42%. This is the highest in all Sub-Saharan Africa. You are considered obese if your Body Mass Index (BMI) is over 30.

Excess body weight isn't a problem for South African women alone – the study also revealed that about 14% of men and almost nine percent of SA children are also considered obese.

While genes may predispose an individual to obesity, a lot has changed in the lifestyles we lead that make us susceptible to being overweight.

Obesity increases the risk of developing heart disease, which is the leading cause of death worldwide. Many nutritional experts point out that there is a direct link between obesity and diabetes, and that people need to start making lifestyle changes to stop the disease from increasing.

But it's not as simple as it seems since there is a cost to eating healthily.

...poorer households opt for cheaper, over-processed foods that might appear to be more economical, but really offers low nutritional value.

Last year, a study indicated that most South Africans are physically unfit. But apart from a lack of physical activity, poor diets are the leading cause in weight gain. Andrea Jenkins, a nutritional therapist told News24 that the foods associated with healthy diets like high protein products and fresh vegetables tend to be quite expensive thus making it unattainable for those that wish to eat healthily.

Simple carbohydrates on the other hand, are cheaper and more accessible and is therefore used as a staple for consumption. In an IOL article, Shane Norris, a researcher professor at Wits who works for the African Centre on Obesity Prevention also said that in the fight against obesity, one has to consider that poorer households opt for cheaper, over-processed foods that might appear to be more economical but really offers low nutritional value.

Read more: You can't eat healthily or ethically when you're poor

Interestingly, Norris also noted that the more urbanised and wealthy people become, the more likely they are to succumb to greater food temptations. More than that, an unlimited and convenient supply of fast foods has also caused more people to adopt bad eating habits over the years. Foods that are high in fat, sugar, sodium and carbs are addictive and a 2012 Rainbow Nation Health survey revealed that South Africans value taste and satiety over healthy foods.

...many overweight South Africans are in denial and therefore don't seek the necessary help.

Other causes leading to the rise of obesity are linked to features of modern life that have also turned us into couch potatoes, and the British Department of Health-sponsored project predicted back in 2007 that the obesity "epidemic" would take at least another 30 years to reverse.

The South African government also spent more than R23 billion preventing and treating lifestyle illnesses associated with obesity in the past few years. Obesity is like any other medical condition and requires support, but a contributing issue to consider is that many overweight South Africans are in denial and therefore don't seek the necessary help.

The Department of Health acknowledges the importance of the obesity crisis and has included this in the national non-communicable diseases strategic goals to assist with the obesity problem in South Africa. Their goals include an increase in physical activity by 10% by 2020 and to reduce the percentage of people who are obese by 10% by 2020.

Read more: Study shows why you're not losing weight on that popular diet

In 2015 diabetes was the leading cause of death among South African women, responsible for more than 15000 deaths among females. Awareness is key and continues to occur in South Africa, but one needs to be aware of the problem, get rid of the negative perceptions about it and treat it as an issue that is a medical condition.

Who do you think is to blame for the rising levels in obesity? Is it food manufacturers since they are responsible for all the sugar hidden in processed foods? Is it the government for failing to raise sufficient awareness around obesity? Or should we blame ourselves for failing to take responsibility for our own wellness?

We live in a world where facts and fiction get blurred
In times of uncertainty you need journalism you can trust. For 14 free days, you can have access to a world of in-depth analyses, investigative journalism, top opinions and a range of features. Journalism strengthens democracy. Invest in the future today. Thereafter you will be billed R75 per month. You can cancel anytime and if you cancel within 14 days you won't be billed.
Subscribe to News24
Related Links
Modern day women: Too busy to be healthy?
Stop trying to justify fat shaming
Are you using the treadmill properly?
Next on W24
Social media 'likes' found to positively influence healthy food choices