Being likers of things, we were not to be left behind when Posh Spice posted what looked like a reasonably achievable breakfast on her Instagram page.

Bread and avo — well, it wasn't regular bread because a loaf will set you back at least R100, and since a duo of avos never goes for anything below R60 these days, we thought R160 is a bit much to spend on such a basic breakfast — excluding the coffee.

But then again, who said a Hollywood lifestyle comes cheap?

READ MORE: Victoria Beckham’s breakfast consists of bread that costs over R100 a loaf, and up to R770 if you order in SA

Back to the bread, it's known as the Ezekiel 4:9 bread, named after the Bible verse which sets out the recipe for it.

The verse reads: Take wheat and barley, beans and lentils, millet and spelt; put them in a storage jar and use them to make bread for yourself.

The first thing we have to mention is that it was quite a mission to find the bread in South Africa.

Our quest to find the Spice Girl's breakfast began with making numerous calls to bakeries in Johannesburg; however, we found that most have never heard of the bread nor do they know how to make it, despite the recipe being given in the most famous book in the world.

READ MORE: Tips on how to maintain your healthy eating goals throughout the year

We eventually found two bakeries that sell the bread, but there were conditions to getting hold of a loaf.

At one bakery, you are required to order the bread, and they will only take your order if you are ordering three or more loaves.

The bakery that we eventually opted for is based in Bryanston and only makes two loaves of Ezekiel bread a week — you have to pre-order, and you can only get one (or both) of the loaves on a Wednesday. Basically, they only make about eight loaves a month.

Here's the tricky part, the bread costs R43 a loaf, but according to our prior research, a loaf goes for upwards of R100 and even up to R770.

We assumed the price is due to the fact that this loaf is made of considerably fewer ingredients than others we've seen online, so we indulged ourselves and pre-ordered. 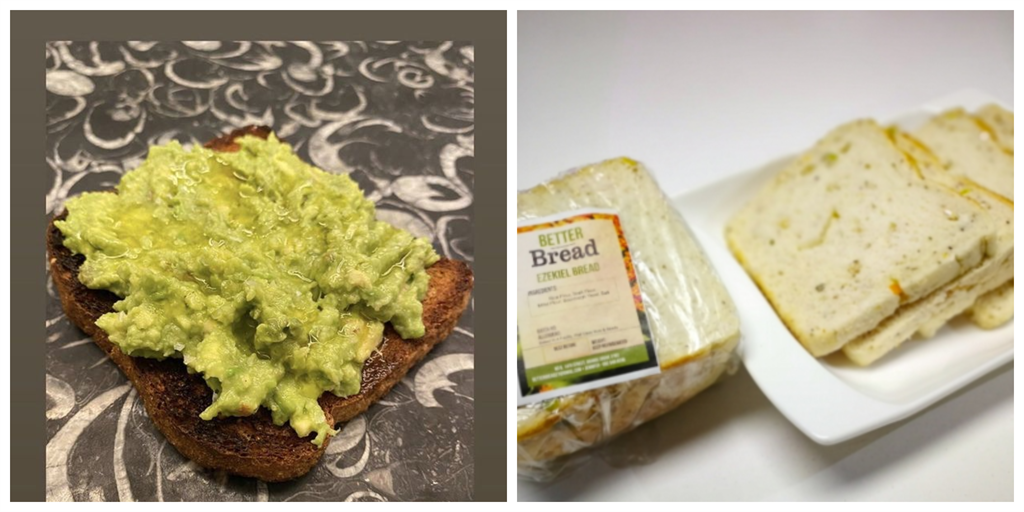 We picked up the freshly baked bread on Wednesday morning, and here's what we can tell you about it:

First impressions, the bread is white and not brown as Victoria's looked on her Insta snap — but hey, not all breads are equal. Or are they?

At this point, we quickly realised that this was probably not Victoria's loaf [the price should have been a warning sign], but seeing as the label said it was, we went ahead and had a taste test.

But first the label: our bread had the following ingredients — rice flour, spelt flour, millet flour, sourdough, yeast, and salt.

Also, we expected the bread to be of a denser consistency, but it wasn't too far from the regular loaves that most of us eat. A disappointment, to be honest.

Here is what some of our team had to say about the taste:

The bread smells nice, but I really don't think it's too different from any other savoury bread that regular supermarkets sell.
I would probably buy the bread, but the price might need to be a bit lower for me to consider it.
The bread has a bit of an after-taste and to me it doesn't taste fresh. I really wouldn't have this bread again.
I like the taste of this bread, but I just don't think it's healthy. It's just white bread with some seeds in it, I enjoyed the avo though.

It may be that the bread we got was just not Ezekiel bread at all, which we suspect because the ingredients don't seem too common in South Africa, plus judging from how difficult it was to find the loaf and the lower-than-expected price, we're convinced we're right.

Assuming we're wrong, R160 [if you're able to find the R100 loaf] is a bit steep for our economy and going through so many hoops just for a slice of bread and avo doesn't seem like economic use of time and energy.

So, we'll sit this one out and stick to our good old mass-produced R16 loaves.

How much are you willing to spend to mimic your favourite celeb's lifestyle? Tell us here.

Get the newsletter
Voting Booth
Do you think it's important to get married in this day and age?
Please select an option Oops! Something went wrong, please try again later.
Yes, it's important in order to create a family unit and for companionship
22% - 697 votes
Not at all. Being single is far more liberating
9% - 288 votes
There is no general answer to this, it's each to their own
50% - 1588 votes
Yes, society still frowns on unmarried people, especially women
1% - 41 votes
It depends on whether you are able to find a compatible partner
18% - 564 votes
Previous Results
Fashion
'Being frugal and spending R550 on my Durban July dress almost ruined my style...