Who said banting is boring? Oh, you did 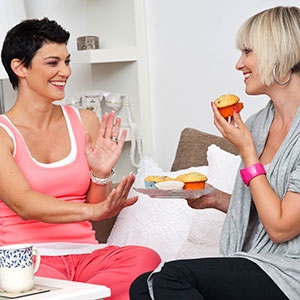 This is a readers response to, People who announce how much weight they've lost bore me

I think you're being a tad bit unfair. The perception of banting being 'boring' here I think is rather tightly connected to the number of times you've had to endure a banting story. If every second person had conquered Mount Everest and told you about it, I imagine that story would become 'boring', too.

Is Mount Everest boring? Certainly not. Does hearing about it a lot make it more boring? Perhaps.

By the same token, banting isn't boring, and most of the people who tell you their banting stories probably aren't boring. Sure, you can't directly compare the feat of losing a few kilograms to that of conquering Mount Everest.

But here's the catch: so many hopeful diet-followers and people who genuinely have had real problems with weight feel like they've conquered Everest. They've been stuck at the base trying to get to the top, and banting has made the pinnacle possible.

Every day, every one of us fights a little battle. To others, it's a boring one. To us, it's significant.

No, I do not bant. I'm far too skinny as it is. But don't knock banting, or the people who can't stop talking about it. Those who carry on and on, fair, that's just a flaw of theirs. They'll tend to tell other stories over and over, too.

Have a good day. Don't be too quick to judge!

What do you find boring? What would be torture for you to sit through? Tell us what you simply don't find interesting.

We live in a world where facts and fiction get blurred
In times of uncertainty you need journalism you can trust. For 14 free days, you can have access to a world of in-depth analyses, investigative journalism, top opinions and a range of features. Journalism strengthens democracy. Invest in the future today. Thereafter you will be billed R75 per month. You can cancel anytime and if you cancel within 14 days you won't be billed.
Subscribe to News24
Related Links
4 foods you should add to your diet today
The detox myth: Don't fall for it
Going 16 hours without eating is the latest diet trend
Next on W24
Social media 'likes' found to positively influence healthy food choices

Get the newsletter
Voting Booth
Do you think it's important to get married in this day and age?
Please select an option Oops! Something went wrong, please try again later.
Yes, it's important in order to create a family unit and for companionship
22% - 554 votes
Not at all. Being single is far more liberating
9% - 237 votes
There is no general answer to this, it's each to their own
49% - 1218 votes
Yes, society still frowns on unmarried people, especially women
1% - 36 votes
It depends on whether you are able to find a compatible partner
18% - 450 votes
Previous Results
Fashion
Ponchos are back! Here's how to style this re-emerging trend