10 things men should do to make life better for women 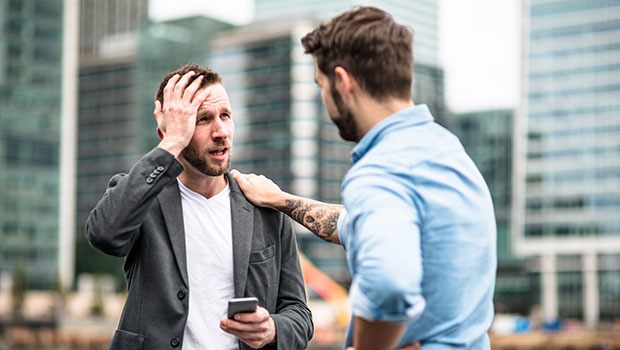 You might have seen #MeToo trending on social media today. In the wake of prominent predator controversies that saw entertainment moguls Bill Cosby and now Harvey Weinstein at the forefront of sexual harassment, victimisation and the sexual abuse of women in Hollywood in particular, the conversation we need to have today is not women sharing more stories of abuse but men who tell us how they are going to do better.

“We (cis men) need to do better now. There are no excuses. Yes you, yes me. Don't ever consider yourself blame free. It is not survivors' job to explain or share their experience—so let's hear them and do better. 'Me too' or whatever it takes to see if that many people in your feed have been a victim, every man you know has likely been guilty of at *least* making a person feel unsafe.

We are the problem. We perpetuate hate and misogyny in ways more subtle than we realise. Change: beginning by examining yourself, your errors and your attitude, then holding those around you accountable to theirs. If you allow it to happen in your presence you are complicit in the act. This shit will no longer fly. It's time to end toxic, hegemonic masculinity.”

Applauded immediately by some of his friends on Facebook for being brave for being so vulnerable and for being ‘with us’, I can only assume from this that men are not ‘with us’.

Don't get me wrong. This assumption is often correct yet I believe it’s often not so much that men purposely exclude themselves from such conversations for equality but that their masculinity doesn’t even hear it.

Masculinity doesn't just need to change in a way that it becomes part of conversations about women and victimisation but it should also be able to start and drive these very conversations.

All men who identify as men should:

1.    Stop reinforcing rape culture by judging a women’s morality based on what she’s wearing – we are never asking for it.

2.    No more hepeating – “From mansplaining and being constantly interrupted, to comments about what we’re wearing and dealing with underhanded jibes about our qualifications, hepeating is just another notch on the list of workplace sexism and microaggressions women have to deal with on a constant basis.” – Tammy February

3.    Close your legs, make yourself smaller. Manspreading  - “For those who don’t know what manspreading is, think about the last time you used public transport and had to rethink your seating plan because a man had splayed his legs invading your (or someone else’s) personal space.” – Zanele Kumalo

4.    Stop explaining things women already understand. Mansplaining – Don’t tell us you’re a feminist. SHOW us. Talk to your female colleagues, friends and family – not at them.

5.    Never call catcalling just “harmless fun”. It makes us feel unsafe. Both when you catcall us and when you call our reaction to it ‘silly’.

6.    Shaming – boys won’t just be boys. Boys aren’t just boys. Stop talking about women in a degrading way to your friends, reducing them to sex and body parts. Call other men out when they see rampant sexism/abuse/harassment. Call out your brothers, fathers, uncles and friends when you see them saying or doing something that you can see or think makes a girl or woman feel uncomfortable. That means even when they share distasteful jokes or make inappropriate comments or gestures. Back us up when we speak up as well. We need your support.

7.    Stop saying you help your girlfriend or wife – take responsibility and help yourself. Why keep reinforcing archaic gender stereotypes that see women still manage the household.

9.    Stop using the #notallmen narrative, rather focus on changing behaviours of men that negatively influence women.

10.    Stop protecting men who are guilty of behaviour like this.

We live in a world where facts and fiction get blurred
In times of uncertainty you need journalism you can trust. For only R75 per month, you have access to a world of in-depth analyses, investigative journalism, top opinions and a range of features. Journalism strengthens democracy. Invest in the future today.
Subscribe to News24
Related Links
(NSFW - partial nudity) Is it ever okay to objectify? Controversial fashion ad features naked men...
A 43-year-old woman gives up on men and marries her dog
Rape culture in Hollywood – men are protected while women are shamed
Next on W24
No, chivalry is not dead – but it’s about time it was