16 things you can do for 16 Days of Activism 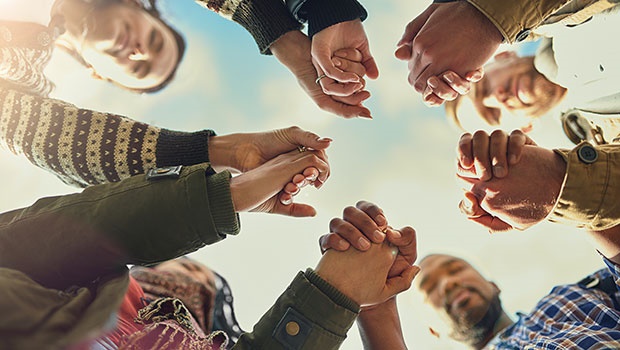 In our recent SheSays survey, out of 16 000 women, 1 in 5 claimed to be sexually abused or raped, while 1 in 4 have been hit by a man. And, perhaps unsurprisingly, only 5% of women polled admitted to having faith in the SAPS and a dismal 3% having faith in the government.

This year's 16 Days of Activism that takes a stand for violence against women and children (VAW&C) will run from 25 November to 10 December and has an overarching theme, “Leave No One Behind: Ending Violence against Women and Girls”.

Initially coordinated by the Centre for Women’s Global Leadership, the organising strategy was expanded by individuals and organisations around the world since 1991 and calls for the prevention and elimination of violence against women and girls. South Africa got on board and adopted the campaign in 1998 as one of the intervention strategies towards creating a society free of violence.

Read more: Reach out and ask for help if you or someone you know is being abused

As Parliament, importantly, mentions, the success of the campaign depends on both daily individual and collective actions to safeguard South African society against this cycle of abuse.

Here are 16 ways you can get involved

1. Show your support of the campaign by wearing a white ribbon during this period - it symbolises peace and your commitment to never commit nor condone violence against women and children.

2. POWA (People against women abuse) will be hosting a walkathon on 26 November. Complete your online entry, collect your goody bag, wear a funny hat on the day of the walk and show your support.

3. The Nisaa Institute for Women's Development will be hosting a fundraising banquet today (24 November) in aid of charity. This NPO and NGO particularly focuses on the prevention of gender violence and the empowerment of women who have been abused at the hands of their partners. Read more about them here. 4. If you're an academic, The Safety and Violence Initiative (SaVI) at the University of Cape Town (UCT SAVI) will be hosting a conference titled 'Preventing Violence and Promoting Safety in Fragile and Insecure Environments' from 27 - 28 November 2017.

It will be held at the River Club in Observatory, Cape Town, and offers an opportunity to researchers from all relevant academic disciplines working on violence prevention and safety promotion to present their current research. Practitioners involved in this field are also encouraged to present.

5. The Reeva Steenkamp Foundation, a non-profit organization, has launched a hard-hitting, multi-national campaign “#BluePurpleBlack” which aims to destigmatise and end the silence around this societal illness. “#BluePurpleBlack refers to the colours of the bruise – the most intimate symbol of abuse.

The NGO's ‘Take Back the #BluePurpleBlack’ encourages people to share their experiences on social media using the hashtag, and be part of a movement that refuses to submit to the stigma, shame and silence.

Take a stand ! Let's join in on the 16 days of activism. And proudly wear your blue purple black in support. Many can relate to abuse , we all experienced it at least once in our life time. @mstracyleerosslind!! (Keep doing you boo!!!) #bluepurpleblack #activism #takingastand #womanempowerment #support #loveeveryday

6. Womensnet.org.za's #16Ways for 16 days of Activism is an online protest where participants in the conversations will be invited to share their stories on Facebook and Twitter within the #16ways structure.

According to the organisation, the support of social media influencers and partners will also maximise awareness and support for participants who share their stories and are not listened to enough on online spaces. The online protest will incorporate a different theme every day, and includes Learn/Unlearn, Support, Listen, Speak, Seek help, Mentor and Inclusivity, among others. Read more about it here.

If you're unable to attend or participate in these events, here are 10 other ways to become involved and make a difference.

7. Volunteer your time during any time of the year at one of many NGOs in support of abused women and children.

8. If you don't have the time but can afford to make a financial contribution to an institution, know that you will still be making a difference in the lives of many organisations that help victims and survivors of abuse.

9. Speak out against women and child abuse in every day conversations.

10. Report any instances of abuse, and encourage abused victims to seek support and challenge abuse.

12. Spread the message on social media using community policing forums (CPFs) and get involved with community safety forums (CSFs) throughout the year, not only during the 16 Days of Activism.

13. Call out men for catcalling or doing anything that makes women uncomfortable, whether they are your friends or relatives, as this article suggests.

14. Take the time to educate yourself about what to do if you or someone you know is abused or raped.

15. Actively try to change the rape culture discourse by not using words like 'slut' or shaming other women for their way of dressing. Encourage men to do the same.

16. Be aware of the subtle acts of violence of everyday life. Point them out and get people to think about its impact and potential consequences.

Although South Africa is commemorating the 16 Days of Activism, remember that putting an end to abuse and violence should be an ongoing, every day effort as this is a 365 days a year challenge experienced by millions of women and children across the world.

We live in a world where facts and fiction get blurred
In times of uncertainty you need journalism you can trust. For 14 free days, you can have access to a world of in-depth analyses, investigative journalism, top opinions and a range of features. Journalism strengthens democracy. Invest in the future today. Thereafter you will be billed R75 per month. You can cancel anytime and if you cancel within 14 days you won't be billed.
Subscribe to News24
Related Links
#Metoo burnout: why it's okay to take a step back
Crime stats should flag domestic violence
In a room with 32 other women, only 1 of you have faith in our government
Next on W24
Why the human mind is not meant to be awake after midnight