When it's time to take a break from stress 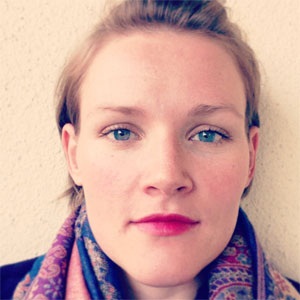 I have had a rough few months.

I’ve been sexually harassed more than once. I’ve got a serious injury that is stopping me from doing things I love to do (like yoga and hiking). Things could be going better for me at work.

The house I bought with my fiancé this year had a bit more work than we’d expected, and for most of the months since April it has looked like a bomb has hit it as we have fixed the floors, and now the kitchen. I literally made tea this morning in my bedroom.

I have also been made aware that most homes in SA aren’t safe – both by the crime statistics released recently and the fact that my sister’s home has been robbed twice recently.

Then of course there is the news – one man sounds like he’ll get off for murdering his girlfriend because he was vulnerable, the girls have not been brought back, homosexuality and bisexuality are still seen as taboo, war, famine, ebola...

I am tired. It’s normal to feel tired by October of a working year but this year I feel like there is something more. It is a cumulative sort of tired. A type of fall asleep on the train on the way home from work every day for the last two weeks tired.

At the same time I feel this immense pressure to Just Keep Going and to Be Grateful For My Opportunities. This may be the combination of an A type personality and a host of bad facebook ads, but I do think that for most of us, we find it hard to admit that we’re burnt out, and to take the proper time to rest, and care for ourselves.

I wonder if this isn’t particularly the case for women, who are often entrusted not only with caring for themselves, but for their families, communities, and friends.

I attended a seminar on mental health issues recently and the statistics seem to show that many South Africans are feeling the same as me. Stress is the short word for it. The South African College of Applied Psychology state that “as many as one in six South Africans suffer from anxiety, depression or substance abuse problems”, that crime contributes to feelings of post-traumatic stress, and that stress manifests in different ways for different population groups.

According to the Top Employers Institute, absenteeism costs South African employers about R12 billion annually, and this is often linked to a lack of a work-health balance, and associated stress and burn-out. I would also argue that it is because most employers do not offer ‘mental health’ days in the same way that they offer sick days, and can regard stress and burn-out as insufficient cause for a day off work, especially not without a sick note.

It seems possible to me that anyone who cares about women’s rights in South Africa will have days where they simply feel overwhelmed by the barrage of sexism, violence and hatred directed at women. I think what I’ve come to realise after my experiences over the past month, is that it’s important to take time to process what has happened to you.

Because when you’re so used to walking in the street/being in your workplace/visiting a gym/existing as a woman, and hearing lewd comments directed at you all the time, sometimes pretending you didn’t hear them feels like the only way to survive. But what is equally important is to take time out for self-care and to actually acknowledge what Jessica Valenti calls the “psychic consequences” of this world on you.

For the rest of this year, I’m committing to listening to myself. To hearing my body and mind when they say go to the gym, or don’t go to the gym. To writing and documenting these experiences, and strategising ways that I can and will try to change the conditions that make them possible. To spending more time with feminists and women who get it.

To do things I love doing. To resting.

Follow Women24 on Twitter and like us on Facebook.
We live in a world where facts and fiction get blurred
In times of uncertainty you need journalism you can trust. For 14 free days, you can have access to a world of in-depth analyses, investigative journalism, top opinions and a range of features. Journalism strengthens democracy. Invest in the future today. Thereafter you will be billed R75 per month. You can cancel anytime and if you cancel within 14 days you won't be billed.
Subscribe to News24
Related Links
Did Helen and Mamphele mess it up for all of us, or are we just messed up ourselves?
On body image, beauty and bullshit
Next on W24
Taking a break from social media improves mental health

Get the newsletter
Voting Booth
Do you think it's important to get married in this day and age?
Please select an option Oops! Something went wrong, please try again later.
Yes, it's important in order to create a family unit and for companionship
22% - 561 votes
Not at all. Being single is far more liberating
9% - 239 votes
There is no general answer to this, it's each to their own
49% - 1237 votes
Yes, society still frowns on unmarried people, especially women
1% - 37 votes
It depends on whether you are able to find a compatible partner
18% - 455 votes
Previous Results
Fashion
Ponchos are back! Here's how to style this re-emerging trend