Are we paying some kind of 'fat tax'? 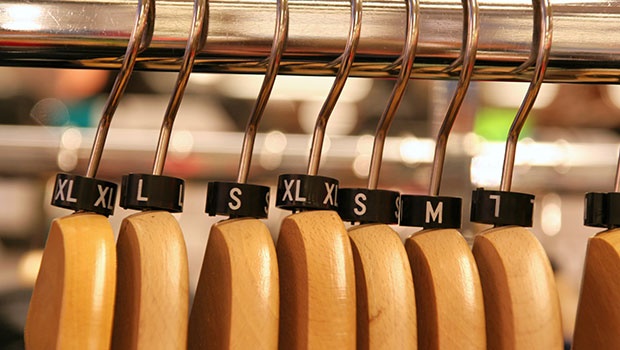 When I was in Pretoria I visited my mom’s family who had not seen me in a while. They are Indian and they drink a lot of tea.

They also like spilling a lot of tea. But it’s more like throwing. They throw a lot of tea and it burns. And I walked away with scars.

I am a bit of a gym bunny, have an okay metabolism and tone quickly. One thing I have never had though, was a good bum. It was a massive point of insecurity for me. One kind of gets tired of being called a “surf board ass”. So I spent the past two years (prior to this one) doing a whole bunch of squats. I got an ass. And put on a few extra kilos as well.

And then, I stopped working out completely because I got married. Cuddles took the place of cardio and a lot of my muscle turned to fat. So when I visited the fam who hadn’t seen me since I had a surf board bum, I got a lot of tea thrown at me in the form of the following statement, exactly, from at least four different people “aaaaiiiiiiii, you gone so fat [sic]”.

READ MORE: The problem with #hipdips and body-positivity

To add insult to injury, before the visit my sister, one of my besties and my wife had gone to get some goodies from one of SA’s top retailers where my bestie pointed out something totally shocking to me: rise per size!

I had no idea this still happened. And by this, I mean having to pay more for bigger sizes of the same garment. Granted, for selfish reasons I was more upset because now - this could potentially affect me personally. My body has swiftly moonwalked from a size 6 to a 10. I expressed some disgust and then we grabbed our necessary items and got out of there.

A man’s small is bigger than woman’s small after all, therefore uses more fabric. But actually, they’re a lot cheaper.

The rise per size trauma did not leave me. Even that afternoon when I was receiving all the pointed fat shaming it was all I could think about. The tumour of these thoughts rose per size in my brain and took over. The feminist in me also contributed to this newly developed mind disease. Was it the same for men’s clothing?

And if it takes more fabric to make bigger clothes and that’s the justification behind the rise per size model, then surely men’s clothes in general should be more expensive from the get-go? A man’s small is bigger than woman’s small after all, therefore uses more fabric. But actually, they’re a lot cheaper.

I know this, because recently on a trip to Germany I bought a bunch of smalls from the men’s section because the basics – like plain jerseys and sweaters were cheaper and better quality and obviously now, a men’s small fits me quite nicely. Snug, some would say. The same pricing model applies in South Africa.

READ MORE: Is it fair that women pay less for car insurance?

An example. A man’s small R100 tee made of really good cotton will get you a R100 tee in a small made of polyester or some fabric probably spun from the common garden fern from the women’s section. I am happy to admit though that even though the men’s clothes are better quality and start at a cheaper base price, they too start to rise per size in some ranges.

The feminist portion of the tumour reduced in mass a little bit. Only a little bit. But how is the “more fabric, more money” logic justified then in women’s wear?

Men ultimately pay less regardless of their size.

The difference between those two sizes is not as much as the first two examples. So it doesn’t use that much more fabric. Lay a size 6 top over a size 16 in same style and the increase in fabric is obvious. What the actual? The “cost of more fabric” reasoning was moot. And then of course there’s the women’s rise per size model vs. the men’s.

Men ultimately pay less regardless of their size. Women seem to be paying some kind of “fat tax”. But then I realised that women pay a women tax in life, in general – when it comes to haircuts, products geared towards us and more. Gendered pricing is real and its struggle is real as well.

But what are your thoughts? Send us an email or a tweet and tell us how you feel about rise per size.

We live in a world where facts and fiction get blurred
In times of uncertainty you need journalism you can trust. For 14 free days, you can have access to a world of in-depth analyses, investigative journalism, top opinions and a range of features. Journalism strengthens democracy. Invest in the future today. Thereafter you will be billed R75 per month. You can cancel anytime and if you cancel within 14 days you won't be billed.
Subscribe to News24
Related Links
Is your new, happy relationship making you fat?
I’m done trying to be small
New Snow White movie called out for its fat-shaming poster
Next on W24
'Travel therapy' could improve your mental health