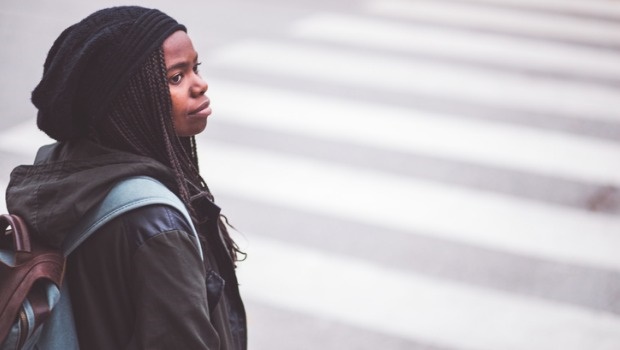 A student walks around campus

We are more open about talking about mental health issues than ever before. We know they can affect anyone and it does help when prominent personalities or celebrities like Mariah Carey put a spotlight on their personal struggles with conditions like bipolar disorder.

READ MORE: Mariah Carey has opened up about her bipolar disorder diagnosis - why taking ownership of her story will help break the stigma of mental illness

Dr. Linda Eskell Blokland who runs the Itoseng Psychology Clinic and is the current acting head of the University of Pretoria Counselling centre agrees with Prof Simon's claim stating that it's a conversation her and her colleagues have been having. "Part of the problem that we face is that everybody wants to get involved," she explains. This includes people from top management all through administration, the residences and security.

They all want to get involved but they are not trained and don't leave it to the professionals who are in place, explains Dr. Linda. "They want to put suicide information on the website and we say 'no hold on' because this fuels it."

Dr. Linda says that there is a different approach that can be taken when addressing mental health issues. She says we need to bring these issues into a context of "it's okay to not to feel good and it's okay for people feel down and sometimes question whether it's worth going on and so on." Having these kinds of thoughts and feelings doesn't necessarily mean that they are going to commit suicide "or they need to be committed to hospital."

READ MORE: Happy, wealthy and successful people can be depressed – stop saying these things to people who struggle with mental health illness

It is not just the universities that are fuelling mental health issues, according to Dr. Linda even the medical side of their health centre is lagging a bit. "A student just comes in and says a few of the wrong things and then next thing they are whisked oFf to hospital and put on to heavy medication," she explains.

The problem with taking this kind of measure is that the situation soon escalates and said student then becomes labelled a suicide risk "and also half the university knows about it because emails will be sent out throughout the university at all levels."

Dr. Linda explains such a student would have needed someone to talk to them and put things into context for them rather than being hospitalised.

Prof Simon highlights this in his statement. In some cases students do not suffer from mental disorders and that "all students habitually get - exam stress, loneliness and so, all of which can be problematic" but shouldn't be labelled as mental health issues.

However, Dr. Linda says she can understand why universities want to be involved in campaigns because "the university is sensitive about the wellbeing and the care of students" but she thinks that they need to leave it to a professional team and not jump in quickly into interventions that they are not trained to do.

There is a way that universities can help and they can do that by putting in more resources into mental health in by bringing in more trained individuals. "We need a more in-depth approach with professionals at the top and the more serious cases going to the fully qualified professionals and at the lower levels having more of support teams who are trained to deal with it," she explains.

Dr. Linda, however, acknowledges that this could be difficult to implement because more resources means more money. She says that currently they can barely cope with the number of students that are coming in to seek for help. "A couple of weeks into the start of the new year and then we've got students waiting up to a month to be seen by a psychologist and it shouldn't be like that," she says.

Muyo Kuloko who is a psychology PhD candidate says that there are other factors that contribute to mental health issues among students. "Unfortunately, just by their nature of being places of challenge, universities will stress out students." For example students who have social anxiety disorders will have to speak in front of groups of people at some point in their university life, he explains.

"It is the nature of the beast, but there will also be other stressors within the universities that can get to students, e.g. fees, living arrangements, access, and social factors. University can be very isolating for some students, and the adjustment process is not always easy," Muyo adds.

At the moment it seems that while universities attempt to help students deal with mental health issues, certain methods could be doing quite the opposite or taking a few steps backwards.

As Dr. Linda mentioned, universities can best help with mental health crisis by providing more resources because there are more students that are in need than there are people to help.

We live in a world where facts and fiction get blurred
In times of uncertainty you need journalism you can trust. For 14 free days, you can have access to a world of in-depth analyses, investigative journalism, top opinions and a range of features. Journalism strengthens democracy. Invest in the future today. Thereafter you will be billed R75 per month. You can cancel anytime and if you cancel within 14 days you won't be billed.
Subscribe to News24
Next on W24
Shrine Scam: Another 44 people admit losing millions in pensions, savings and loans