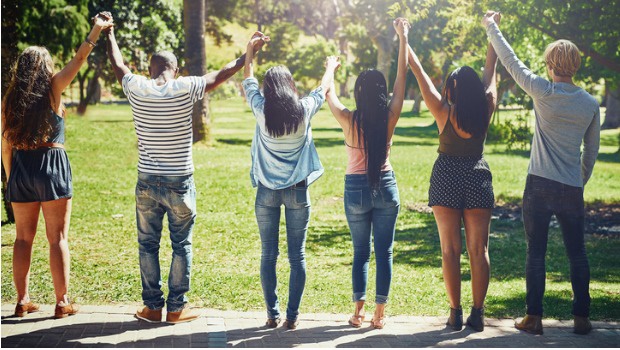 Two years ago on Mandela Day (18 July), a friend and I joined other volunteers to make care kits for rape victims. As I folded towels, wrote nice notes of support for the victims, and added soap and toothpaste to each kit, my anger grew. As each of my 67 minutes ticked by, I became angrier and more resentful.

I don’t want to be here doing this, I thought.

Not because I had better things to do on a cold, wintry Saturday morning. Because being there making kits meant that this problem (such a small word) still exists in South Africa. Being there meant that women are still raped every day.

And that’s probably where I’ll be again this Mandela Day.

Because rape is still a thing. An average of 109 things a day.

As common as cramps

In her book, Asking for It, author Louise o’ Neill writes: “We teach our girls how not to get raped with a sense of doom, a sense that we’re fighting a losing battle. When I was writing, friend after friend came to me telling me of something that had happened to them. We shared these stories as if we were discussing some essential part of being a woman, like period cramps or contraceptives.”

How did rape become so normalised in the female experience? If it didn’t happen to you, it happened to someone you know. If it didn’t happen to you, you go your whole life fearing it might. So, we’re raised to be on the lookout. We know not to walk around alone at night. Mothers lecture daughters on the perils of wearing provocative clothing. We take self-defenses classes in fear of the one day when, if, it happens.

You do not rape a girl for wearing a short skirt or if she’s out alone at night .

Why it continues to this day is an endless string of causality.

But there may be a few threads of hope. Laying the burden of rape where it rightfully belongs – might finally be the answer.

Teach boys not to rape

Sexual entitlement (especially in SA) has a lot to answer for. Local research shows that large segments of men subscribe to the notion that a woman’s body belongs to whoever wants it. The Sonke Gender Institute recently surveyed 2 600 men in Diepsloot. Fifty six percent between 18 and 40 admitted to raping or beating a woman.

The research further revealed “a strong association between violence against women and their beliefs and expectations about men and women’s roles and rights in society. One-third of men believe that wives should not be able to refuse sex, and more than half expect their partner to agree to sex when the man wants it.”

In an interview on Radio 702, Mbuyiselo Botha, a commissioner at the Commission for Gender Equality asserts that rape “has nothing to do with a sexual urge, but more with how men view women. There’s a notion that there are no consequences. I will literally get away with it. Boys should be taught at a young age that they have no right over anyone’s bodies.”

No, it is not okay to rape a girl if you take her on an expensive date.

And where the education has started; there have been promising results.

In Kenya and Malawi, pilot programmes have shown a decrease in rape and teenage pregnancy. The programme is run by No Means No Worldwide, a rape prevention organisation, and teaches classes on consent – in starkly practical terms that are universal.

The results are good. So far over 200 000 children in schools across Nairobi have been part of lessons. A report in the Journal of Interpersonal Violence says there’s been a growth of 74% of boys intervening in physical or sexual assault against women. Rape by boyfriends and friends of girls (in the schools where the classes were taught) dropped by 20%.

The younger boys get the message, the better. A 2017 Harvard survey of people between the ages of 18-25 found that more than half had never had a conversation about being sure that a partner wants to have sex.

In other words, by the time we teach boys about rape culture, it’s too late.

“In our peer education programme, boys and girls engage and debate in challenging rape culture in their schools and communities. For example, the idea that girls can be leaders just as well as boys or that a girl wearing revealing clothing is not a reason to ignore her lack of consent to sex. This group then takes these positive norms back into their schools and families and so hopefully to the community over time.”

We spoke to three men in their twenties about masculinity and rape. This is what they had to say:

We’re the end result of every person to enter and exist in our lives. Thus, men who rape are merely acting on “influenced instinct”. In essence, something happened in their life that led them to think that they can rape someone. I also think it is an act to compensate for a lack of something else; that lack of understanding of what masculinity is, I think.
Wayne Boonzaaier, 23
We live in a patriarchal society. We need to shift the power and create a balance between the frontrunners in our social system. This patriarchal culture is what’s enabling men to forcefully take sexual favours from women.
Ra-ees Moerat, 24

Rape is often not about sex, but power. It’s exerting your dominance over another human being to strip that person of her dignity and freedom of choice. There are still far too many communities in which woman are seen as inferior, as not equal to a man. And dominant men often hide their prejudices behind constructs of culture” and religion. As a society, we reward and promote masculinity. It’s in the language we use, our perceptions (masculine attributes are seen as stronger and more desirable) and ultimately in the way we treat each other.
Joshua Carstens, 29

We live in a world where facts and fiction get blurred
In times of uncertainty you need journalism you can trust. For 14 free days, you can have access to a world of in-depth analyses, investigative journalism, top opinions and a range of features. Journalism strengthens democracy. Invest in the future today. Thereafter you will be billed R75 per month. You can cancel anytime and if you cancel within 14 days you won't be billed.
Subscribe to News24
Related Links
To the teenage boys making disgusting gestures at me in traffic
More celebs are questioning why sex workers, strippers and video vixens are still being excluded...
I was gang raped by 7 men in a taxi – but I survived
Next on W24
3 ways to tackle the ‘Sunday scaries’, the anxiety and dread many people feel at the end of the weekend