Female Genital Mutilation Zero Tolerance Day: can the practice ever be eradicated? 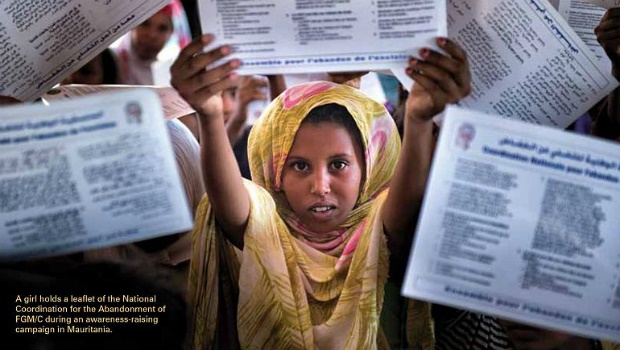 Can the practice of female circumcision ever be eradicated?

Born on the border between Kenya and Tanzania, a seven-year-old girl was put through Female Genital Mutilation (FGM) by her mother.

"One weekend, a lady came to visit. I was not informed. I bled so much I fainted," the girl, whose anonymity has been protected, told the NGO Equality Now.

"Now that you have become a woman, I have nothing to feed you, so you will be married," her mother reportedly told her. "You have to respect him and do whatever he tells you."

This is just one example among the more than 200 million women and girls worldwide who have gone through FGM, a procedure where female genitals are deliberately cut, injured or changed. The majority of these cases are performed by traditional circumcisers or cutters, who do not have any medical training, according to the United Nations International Children's Emergency Fund (UNICEF).

Addu Abdala Dubba, a former circumciser in a small village in Ethiopia, used to cut girls with a blade that looks no different to a basic kitchen knife and which she'd sharpen with a stone.

On certain days, she'd perform several consecutive circumcisions. To sanitise the blade between each incident, she'd heat it in a fire or dip it in cold water, she told the AP news agency. FGM is mostly carried out — without anaesthetic — on girls between infancy and age 15.

It can be considered a social convention in communities throughout Sub-Saharan Africa. The act, also known as “female circumcision", is an extremely painful act, which has no health benefits and often results in lifelong health problems in women. According to the World Health Organization (WHO), procedures can cause short-term effects such as severe bleeding and problems urinating. Long-term effects include cysts, infections, as well as complications in childbirth and increased risk of newborn deaths.

We live in a world where facts and fiction get blurred
In times of uncertainty you need journalism you can trust. For 14 free days, you can have access to a world of in-depth analyses, investigative journalism, top opinions and a range of features. Journalism strengthens democracy. Invest in the future today. Thereafter you will be billed R75 per month. You can cancel anytime and if you cancel within 14 days you won't be billed.
Subscribe to News24
Related Links
‘I’m afraid of getting STIs – how do I tell him to get circumcised?’
Book review: Daring to Drive: A Saudi Woman's Awakening by Manal al-Sharif
Woman talks about growing up in an all-female village where men are banned
Next on W24
Taking a break from social media improves mental health