How being called “the world’s ugliest woman" changed her life 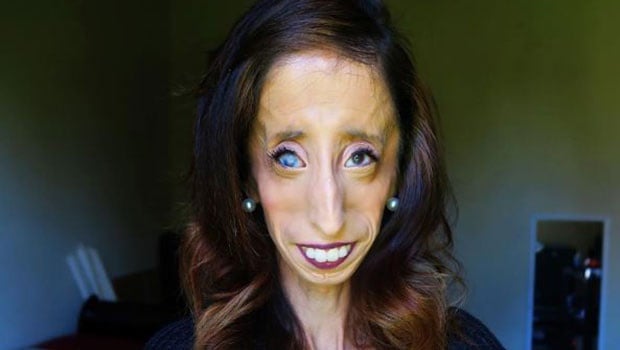 Lizzie was born with lipodystrophy, a rare syndrome that makes it impossible for her to gain weight regardless of how often she eats.  It also causes early aging and has left her blind in one eye.

At 17 she found a video of herself on YouTube titled The world’s ugliest woman which caused hurt and trauma, and triggered a long depressive episode, but things changed when she turned 21 .

She decided to look beyond  depression and published an autobiography titled Lizzie Beautiful: The Lizzie  Velasquez Story and at 24 she gave a TED talk  called How Do You Define Yourself?  The talk was about how she overcame cyber bullying and how she tackled obstacles she has faced in her life. Today the TED talk has over 9 million YouTube views.

In an interview she had with Huffington Post Lizzie recalls how she felt when she first saw the YouTube video: “Some of the comments said things like ‘just put a gun to your head and take yourself out of the world because people will go blind when they see yourself”. The terrible thing is that she actually considered it…

But Lizzy chose not to listen to those comments and lived her life to the fullest.

If there’s something I learnt from Lizzie’s life story it’s that struggles are necessary, without them we don’t grow, we stay the same, but adversity does not only make us stronger, but wiser as well.  So each struggle that you face has a purpose.

Lizzie’s story should be an inspiration to all of us; she is an example of how you shouldn’t care what others think of you because people will always have something to say about anything and everything.

And if you worry too much about what other people think you’ll never get where you need to be in life because you will do things to please other people.

Imagine if Lizzie had listened to all the nasty things people said about her, what are the chances that she’d be where she is in life?

So instead of allowing haters to bring you down make their hate be your stepping stones towards accomplishing greater things in life.