Disclaimer: I am not a medical expert on sleep disorders. This column is based on my own specific personal experiences and should be viewed as a singular case, not as a piece that collectively speaks on behalf of those who experience or suffer from any type of sleep disorder.

There are many things in life we take for granted.

I’m not just talking about the things that privilege affords us – like access to education, household resources and affordable housing to mention but a few.

I’m referring to the kinds of things that form such an intrinsic part of our daily routine that it never really occurs to us that we really need it until it’s disrupted.

Up until recently I’ve never really had a problem with sleeping.

Granted I’ve had my fair share of days where insomnia would hit but never to the point where it lasted for more than a few days.

I’ve always found this mildly surprising because as someone who suffers from depression and high levels of anxiety, I assumed that my sleeping patterns would be more erratic.

But as I’m typing this, I’m exhausted and trying to avoid going to sleep because of something that’s triggered a deep anxiety about being in the dark.

Side note: You’re probably thinking that it’s completely ridiculous for an adult to be afraid of the dark, but believe me when I tell you that there are circumstances and reasons that result in the kind of debilitating fear that most often have no control over.

Fear of the dark in adults is also not as uncommon as you think.

In fact, this piece on The Huffington Post goes into quite a bit of detail about a study that revealed that those who had trouble sleeping had deep anxiety issues about darkness and what it represents and I can totally understand why.

To give you a bit of context, I suffer from a degenerative eye disease that causes the shapes of my corneas to constantly change (I’ve written about this in-depth here, and here).

Towards the end of 2017, I suffered a major eye health setback.

Because of the nature of my condition, I’ve had to replace my contact lenses, developed an infection that resulted in damage and scarring in my right eye and found out that my stronger eye is now my weakest one and that I might need additional surgery.

My vision over the course of the last few months weakened significantly and I spent a good portion of the last two months of 2017 in and out of the office because the infection resulted in hyper and extreme light sensitivity.

I know it might not sound like a big deal but to me this was both terrifying and sobering.

I understood for the first time that the regressive part of this condition is real and that perhaps I’ve relied a little too much on the lenses and the surgery to keep the worsening of my eye sight at bay.

It feels a little bit like my complacency has come back to bite me in the butt and the fact that my weaker eye is slightly stronger than the eye that was once the strongest has me convinced that this is only the beginning of a downward spiral.

Because of a lot of this, my anxiety levels have shot through the roof. It’s affected my sleep to the point where I’m scared of being in dark places.

WATCH: How do I STOP being afraid to fall asleep?

Being in dark rooms constantly leaves me feeling paralysed because all I see is blackness.

For every few minutes I try to close my eyes, I open them again to check that my vision is still intact. Fear of encroaching darkness and blindness has resulted in me not being able to sleep with a door completely closed.

I need a constant source of light just to remind me that my vision is not deceiving me.

Fearof.net has it right on the money when they say that fear of the unknown is one of the biggest contributing factors to being afraid of falling asleep.

It often leaves me feeling exhausted, cranky and miserable. So much so that I’ve decided to seek some help from both my psychiatrist and psychologist.

I’ve tracked some of my sleeping patterns and am trying some relaxation apps to help. I’ve also been prescribed a light sleeping tablet, which hasn’t been completely effective.

Health24.com notes that there are a wide variety of methods of managing and treating disorders, behavioural therapy being one of them.

I currently go for therapy at a cognitive behavioural therapy centre where my psychologist is trying to help me identify and establish the root causes of my anxiety.

Over the next few weeks I’ll be going back for more sessions and focusing on techniques that will force me to confront stuff I’m probably avoiding and reveal uncomfortable truths about behaviours I’m employing that are already not conducive to getting a good night’s rest.

In the meantime, that Relax Melodies app on Google Play and I will continue becoming acquainted, because if there’s one thing I’ve learnt about my brain, it’s that it responds well to soothing music and sounds. 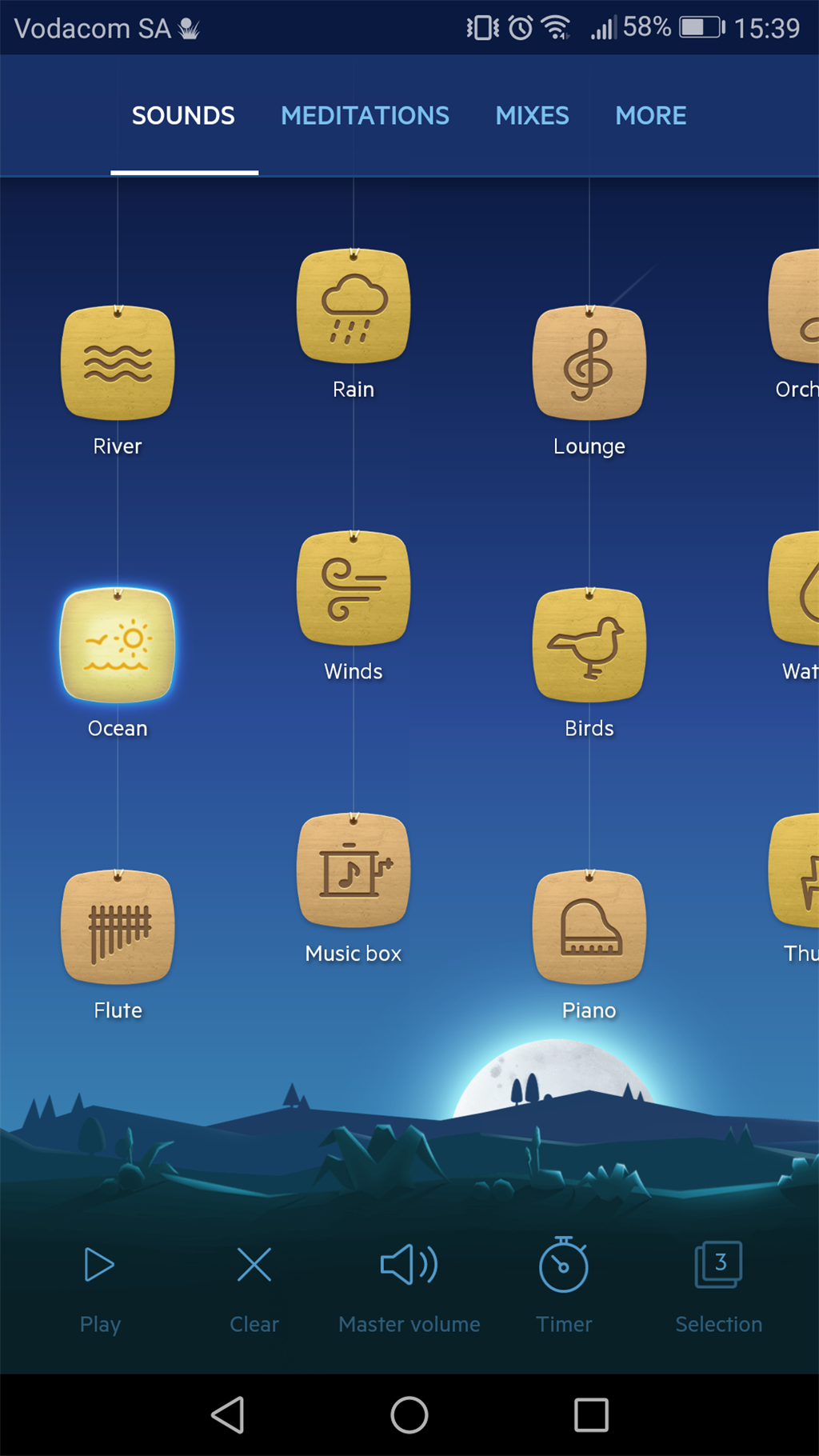 What are some of your best tips that's helped you with any sleeping problems? I'd love to hear from you.

We live in a world where facts and fiction get blurred
In times of uncertainty you need journalism you can trust. For only R75 per month, you have access to a world of in-depth analyses, investigative journalism, top opinions and a range of features. Journalism strengthens democracy. Invest in the future today.
Subscribe to News24
Related Links
Which is best for your skin: sex, sleep or wine?
How to increase your chances of having a restful night in bed
Is taping your mouth shut the key to undisturbed sleep?
Next on W24
WATCH | What's causing you stress and how to deal with it