Is there no self-respect on social media? 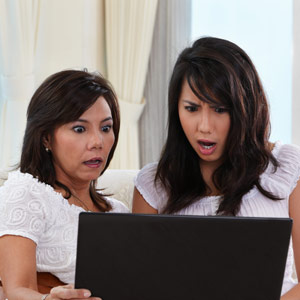 I don’t know about you but I try my utmost best to not tweet or Facebook anything that I may later regret in the future.

Offensive comments, emotional outbursts and embarrassing drunk pics are some of the things that I think should be kept in private.

So I was at a loss for words the other day, when one of the people I followed on Twitter put up picture of their breasts as their profile pic!

I was extremely embarrassed for her.

But when I asked her about the boob pic, and suggested that she rather keep such things private, she - in the most arrogant way - said that she was comfortable and I shouldn’t be concerned.

I’m all for the emancipation of women whether it includes celebrating our bodies and grooming for our own sakes, or being proud of who you are and what you look like. But this girl’s actions confused me.

To me that showed a lack of self-respect.

A year ago a few women became trending topics on Twitter for posting nude pics of themselves.

They were then named ‘Boobgirl’ and ‘vagina girl’, and of course they received all kinds of attention from male users. And while a great number of people said  that they needed Jesus, I simply thought that they need a good dose of self-respect.

Self-respect for themselves and a thought for their futures. I’d hate to think what potential employers would think of them if they saw those pictures. I also can’t think of a man who would honestly admit that the woman he wants to make his wife had posted her bits all over the social networks.

It’s a given that people can do some pretty desperate and demeaning stuff for attention and popularity, but I wish they would think twice.

Then again, maybe it’s just me and the kind of home I was brought in. I just believe that some things are better off on your bedroom wall rather than your Facebook wall.

So, unless being nude is your job, I don’t think it’s wise to share half-naked, raunchy pics of yourself on social media. Not only is it lame, but it can ruin your future.

We live in a world where facts and fiction get blurred
In times of uncertainty you need journalism you can trust. For 14 free days, you can have access to a world of in-depth analyses, investigative journalism, top opinions and a range of features. Journalism strengthens democracy. Invest in the future today. Thereafter you will be billed R75 per month. You can cancel anytime and if you cancel within 14 days you won't be billed.
Subscribe to News24
Related Links
No rules in Social Media? I wish.
5 Tips for Social Media sharing
Racial bombs on social platforms
Next on W24
Why the human mind is not meant to be awake after midnight