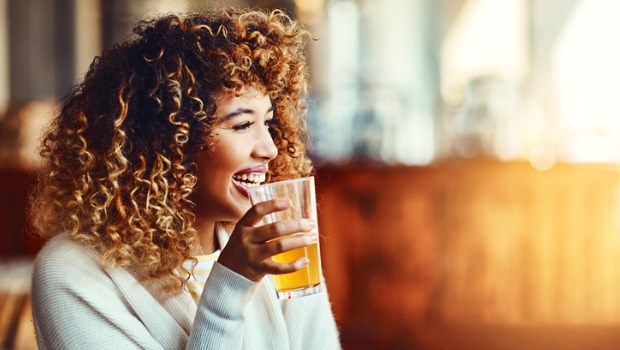 A woman enjoys a glass of beer

“As much as 58% of deaths on SA roads can be attributed to alcohol consumption,” Business Tech reports.

According to News24.com, an international survey undertaken in 2015 revealed that South Africa had the highest number of drunk driving incidents at 58% with Canada next at 34% and China the least on 4%. As it is, the cases of DUI have increased by 14.8% from 75 034 to 86 160 in the past year, and the people who are pulled over and arrested for drunk driving the most are women.

In an article for PublicNewsHub.com, Nelly Mkhize reports that Gauteng traffic officials are arresting more females than males for driving under the influence of alcohol. "This was also the case at the tail end of 2017 where Durban police stated that of the 192 DUI arrests over 10 days, most were women", Nelly writes.

Although it is true that women would generally be more susceptible to high alcohol content in the body than men would, it doesn't change the fact that drunk driving is serious violation of the law and that it puts your life and other people's lives in jeopardy.

Yes, “women produce smaller quantities of an enzyme called alcohol dehydrogenase (ADH), which is released in the liver and breaks down alcohol in the body”, based on a BBC article, therefore women process alcohol differently than men do: women are more likely to be affected by alcohol than men are.

Not only does alcohol affect women more than it does men, a global study has found that women are reportedly drinking as much as men are in recent years. Some of the reasons for the rise in women who drink alcohol include the fact that women are overwhelmed by their work and home responsibilities, so they drink to relieve the stress; and they also drink with colleagues to blend in with the work culture.

Could women's decreased capacity to break down alcohol be the reason for the DUI stats?

Because there are a number of factors to consider when judging how much you've had to drink and whether or not it is cause for an offense, even one glass of wine or whatever your drink of choice is for the night is enough to render you unfit for the road. By law, your blood may not have an alcohol content of more than 0.05%. If you're still not sure, this means that you should have a maximum of one unit of alcohol per hour, which is practically:

You need to keep in mind, also, that your body size plays a role in how quickly your body processes alcohol. "Our bodies can process only one unit of alcohol each hour. However, it is important to be aware that if you weigh less than 68kg your body will need more time to process the same amount of alcohol," according to the Women On Wheels article.

Also note that certain provinces have a zero tolerance policy. Which means no drinking and driving at all.

READ MORE: “She drinks too much” - here’s what you can do to help

What should you do about this?

Don't drink if you know you'll be driving (or even walking) home - that's the plain, simple truth of it. Consider that not only will a DUI get you into trouble with the law, but that you are putting other lives at risk apart from your own. There are many other ways to have fun without the risk:

Stay at home. Call up a few friends and host a dinner party that ends up as a sleepover. This way, everyone can get as tipsy as the want to without having to drive home that same evening.

Call an Uber. Whenever you know you're up for a good night out, take a cab instead of taking your car. Encourage your friends to do the same and split the fare between the three or four of you. This way no one is expected to be the designated driver and you can all get home safely.

Ask a friend. When you go out and you know that you're planning to drink, ask a friend to pick you up after your date or appointment. Otherwise, always appoint a designated driver within your circle of friends before you start drinking.

Never try to 'sober up' (by drinking water or eating a heavy meal) to get behind the wheel if you realise that you've had too much. It may sound like a great idea when you've had more than one drink already, but it doesn't work and you might still be liable to pay a minimum fine of R2 000 and get a two years' prison sentence for drunk driving.

We live in a world where facts and fiction get blurred
In times of uncertainty you need journalism you can trust. For only R75 per month, you have access to a world of in-depth analyses, investigative journalism, top opinions and a range of features. Journalism strengthens democracy. Invest in the future today.
Subscribe to News24
Related Links
These are the 7 female traveller tribes - which one are you?
These are the safest countries worldwide for women to live in
India is the most dangerous country in the world for women, survey shows
Next on W24
No, chivalry is not dead – but it’s about time it was