My best friend of 17 years has started dating my dad - how do I deal with the betrayal from both of them? 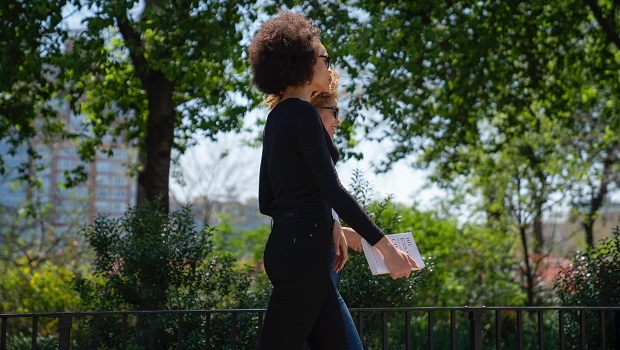 How do you forgive your best friend for hopping into bed with your dad?

Recently, in a very tense meeting, Shannon was sat down and told that her best friend is about to be her step-mom. At first she describes herself as feeling angry about the news, but now she says she feels sad and betrayed.

Read her story below:

"*Tammy and I met while in primary school. We didn't get along immediately because I was quite shy as a child, but soon we became best friends that were inseparable.

As the years went by we had dozens of "play dates" and sleepovers and even called each others parents "mom and dad." We were so close that people often thought that the two of us were sisters. In fact, we would always say that we were when people made that assumption.

Years moved along and like any friends, we had our fair share of fallouts and sometimes could go for weeks without speaking, but we'd always manage to fix things. This is how I had come to realise that she was what a best friend should be.

READ MORE: I ignored all the red flags so my friend broke up with my toxic partner on my behalf

Soon we both were off to uni and of course, we chose the same institution - nothing could come between us.

Meanwhile, my family life was not so blissful.

My mom and dad were constantly at each other's throats and my older brother was never around. Not long after the arguments seemed to have intensified, my parents made the announcement that they'd be getting a divorce.

Honestly, I wasn't surprised by it at all, in fact, I was glad that they'd decided to call it quits before things became even more toxic than it already was.

Life with divorced parents was very new to me. I was so accustomed to having both of my parents in one house, that it took me a while to stop expecting to come home and see them both watching TV on the couch.

After a while however, I became used to the separation. Also Tammy was very supportive, she was at my house (where I stayed with my dad because it was closer to Uni than my mom's) almost every day.

Around six months after the big split, my dad tells me that he would like to sit me down for "a talk." And honestly I didn't know what to expect, I mean what could be bigger than a divorce from my mom?

When that talk finally arrived, I was so shocked I nearly passed out.

READ MORE: Maybe Malia Obama could use some tips from these five friendship red flags to watch out for

Sitting next to my dad - hands locked together - was my best friend Tammy. At first I felt like storming out immediately, but I was too numb to move.

As I sat there in disbelief while they explained to me how the two of them were in love, planning on getting married and had been seeing each other for the past two years. I felt physically and mentally sick.

After I couldn't take it any longer, I got up calmly and walked out. They knew better than to follow me.

It's been three months and I haven't spoken to either of them. I can't seem to get over the betrayal but at the same time, I feel as though I've lost a dad AND a best friend. I still want them both in my life. How do I cope with this betrayal?"

We spoke to relationship expert Paula Quinsee and she shared the following advice for Shannon and her family.

"It’s completely understandable to feel some form of betrayal and hurt in this situation especially as it is two people Shannon cares about deeply," Paula says.

"Understanding that these are two people she has trusted and potentially shared deep and personal things with over the years, she is possibly feeling a little vulnerable/exposed and uncertain as to where she stands now as her support structure has changed and may even feel a little shaky.

"If it is too difficult for her to sit down together and discuss the situation with everyone in the same room, she can have a separate conversation with each one as to how she feels and the way forward in order to manage expectations from everyone and the situation (e.g. how much influence her new ‘stepmom’ is going to have over her life and on her and her father’s relationship?)," Puala adds.

Going forward, Paula advises that the parties involved will need to discuss setting some form of boundaries between them, as well as the possibility of giving each other some space and time to get used to the idea if this is going to be a permanent thing.

"If this is going to be a permanent thing, Tammy will need to find a way to respect their relationship choice as much as her friend will need to accept that their friendship has changed and is no longer what it used to be due to the change of roles and relationship status," the relationship expert adds, further stating that "all three parties are going to have to work at rebuilding the trust between them due to the betrayal. It’s important to not try and force the process for things to be normal and one big happy family and rather let it happen in its own natural time and way."

She further adds the following;

"The father needs to step in and provide support to his daughter whilst she works through her emotions and will need to re-establish his relationship with his daughter. They will all need to maintain some form of respect and privacy as far as their relationship and what they share with each other going forward.

"Her friend will need to understand that there is a very real possibility they will no longer be BFFs and will not be doing many of the things they used to do together before. for example, socialising, sharing deep, and intimate details."

"She may also need to seek the help of a professional to help her work through her feelings and the way forward," Paula Quinsee concludes.

We hope Shannon will heed some of this advice as she figures out what her next step is.

We live in a world where facts and fiction get blurred
In times of uncertainty you need journalism you can trust. For only R75 per month, you have access to a world of in-depth analyses, investigative journalism, top opinions and a range of features. Journalism strengthens democracy. Invest in the future today.
Subscribe to News24
Related Links
Thandie Newton: 'My skin colour made friendships hard as a child'
I ignored all the red flags so my friend broke up with my toxic partner on my behalf
Maybe Malia Obama could use some tips from these five friendship red flags to watch out for
Next on W24
'Toxic positivity caused me to avoid or deny my feelings around pain and disappointment'