Non-profit organisation Rape Crisis shines light on the gruesome reality of women not always being unsafe even in their own homes or with people they even know.

Forty percent of South African women will be raped in their lifetime, according to the new Speak Out campaign created by Ogilvy Cape Town in collaboration with Giant Films, We Love Jam and photographer David Prior.

According to their findings, only 8.6 percent of the rape perpetrators are convicted. As if that is not devastating already, they also revealed that 68 percent of rape survivors know the perpetrators. The disturbing findings stand against the common belief that rape is generally committed by strangers in lonely dark alleys. To the contrary, women are raped by people they trusted, in places they thought were safe spaces.

READ MORE: Cardi B on her Twerk music video: "If I twerk half naked does that mean I deserve to get raped?"

The abusers are often at home, in family gatherings, at church and people they see at work every day. This perhaps is the most harrowing. That one in the bridal party is the perpetrator. 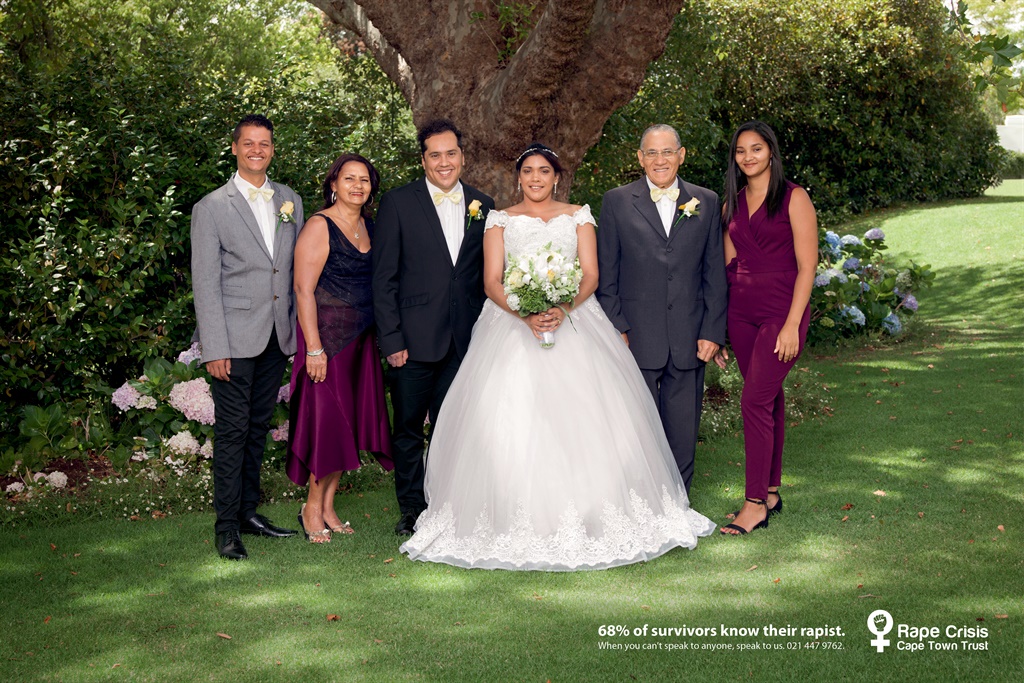 The multimedia campaign features actual rape survivors who open up about being abused by people they never saw as predators, and encouraging other women to speak to trained Rape Crisis counsellors through a 24 hour crisis line.

One woman opens up in a radio podcast about being raped by a husband she was in the process of divorcing. They had been married for 18 years with three children.

“No one will believe you because we’re married and you are my property,” he told her.

He had a gun and she feared for her children so she pretended as if nothing ever happened. She has since decided to courageously share her story through the campaign.

READ MORE: "I was actually sleeping... it's rape"

“In my home, I experienced my biggest fear, I was raped by someone I loved and trusted,” she says in the podcast.

Many women struggle to speak about the horrors they have experienced in the hands of people who are meant to protect them. According to Rape Crisis, this is because they fear their trust will be further betrayed.

The personal rape stories of the brave survivors are vivid and painful to hear. That is why in the end of every podcast they note: “If you found this hard to listen to, imagine how hard it was to say.

Here are some step-by step tips from Rape Crisis on what to do if someone rapes you.

2. Tell someone you trust

3. Do not wash yourself

4. If you are injured go to the hospital

The final one is to get yourself treatment within 72 hours. It’s important you take a morning after pill to prevent pregnancy, an HIV test and antiretroviral treatment to prevent HIV infection.

We live in a world where facts and fiction get blurred
In times of uncertainty you need journalism you can trust. For only R75 per month, you have access to a world of in-depth analyses, investigative journalism, top opinions and a range of features. Journalism strengthens democracy. Invest in the future today.
Subscribe to News24
Related Links
Cardi B on her Twerk music video: "If I twerk half naked does that mean I deserve to get raped?"
"I was actually sleeping... it's rape"
Are ‘consent videos’ before sex the answer to #MeToo?
Next on W24
How social media can crush your self-esteem