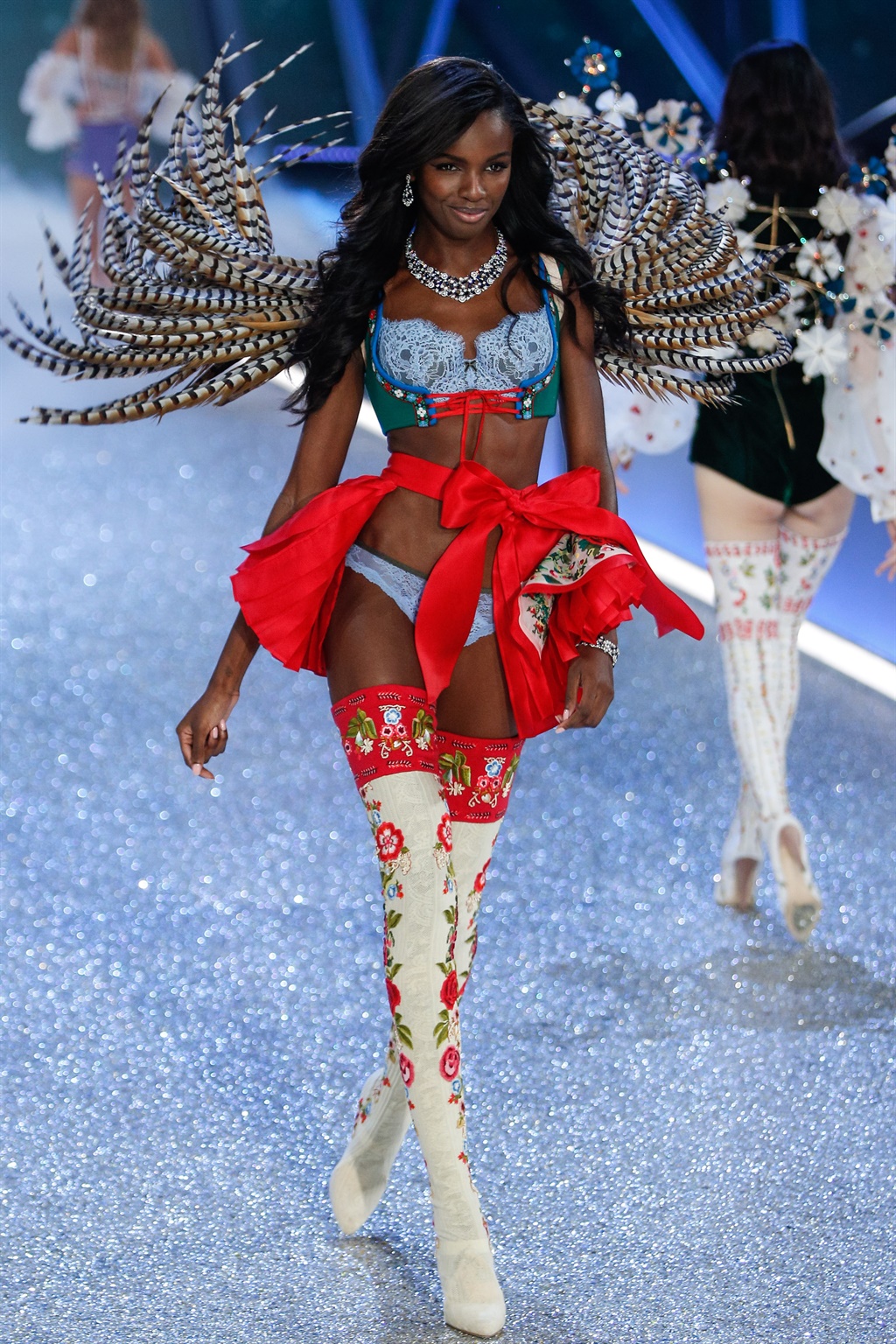 The embattled Victoria’s Secret has been making headlines for controversies more than successes as of late. But when British model Leomie Anderson was announced as the latest Victoria’s Secret Angel on 4 April, many, particularly black women, celebrated the new recruit’s coveted VS title.

Leomie herself is terribly excited but her new title as well. In an Instagram post announcing the news she says, “this is something I was even scared to dream about because I never thought it would come true but I am insanely excited to announce that I am Victoria’s Secret’s newest ANGEL!!”

There are many reasons why Leomie’s achievement is one worth celebrating, so we will list a few reasons why:

According to Buzzfeed, Leomie is the first black British model to get her angel wings, ever. The online publication also keeps it “all the way real” by pointing out she's also the very first dark-skinned Angel too.

READ MORE: Even as Victoria's Secret brings back swimwear, here are 5 inclusive South African brands to shop for your bikini or one piece

Leomie has been relentless in her pursuit of being part of the Victoria’s Secret shows and this paid off in the biggest way because today she’s an Angel. She in an interview with Vogue she says she auditioned for Victioria’s Secret twice before she was successful on her third audition.

“All the other times I felt like I wasn’t ready. This time I went in and I knew I was ready; it wasn’t as scary as before,” Leomie tells Vogue.

READ MORE: The best moments from Miss Universe that may make us believe in beauty pageants again - and the worst

Beyond this title Leomie has had many career milestones and achievements. According to Harper’s Bazaar, Leomie has been modelling for nine years and has booked notable gigs over this time including being featured in a Fenty Beauty campaign and walking the catwalk for some of the world renowned designers such as Marc Jacobs, Moschino, Tommy Hilfiger and Ralph Lauren among others.

But modelling is not where it ends for this Angel. Leomie has her fashion entrepreneurial venture called Lapp. The brand is all about “championing women's issues through fashion”.

It seems there’ll be much more to celebrate from Leomie.

We live in a world where facts and fiction get blurred
In times of uncertainty you need journalism you can trust. For 14 free days, you can have access to a world of in-depth analyses, investigative journalism, top opinions and a range of features. Journalism strengthens democracy. Invest in the future today. Thereafter you will be billed R75 per month. You can cancel anytime and if you cancel within 14 days you won't be billed.
Subscribe to News24
Related Links
Kenyan women in prison take part in a beauty pageant and uplifting talent show
Here's the first ever beauty pageant for survivors of disfigurement and visible differences
Transgender woman makes history as the first-ever black person to win Miss International Queen...
Next on W24
How science says you could be happier