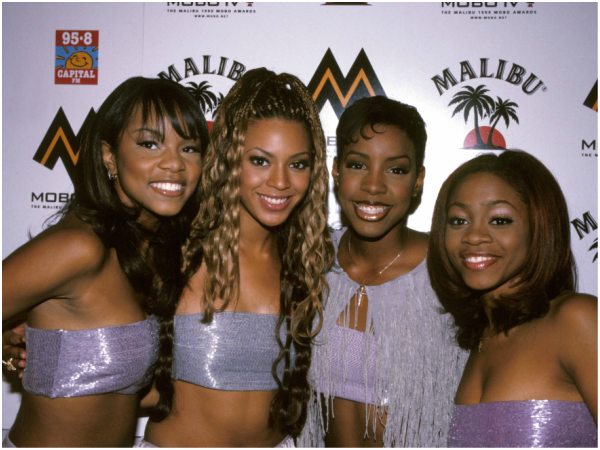 It's generally assumed that the entertainment industry is not a safe place for young girls, or any child for that matter.

But now with the #MeToo and Times Up movements, R Kelly’s grave sexual misconduct allegations and the news of a problem with sexual harassment on South African TV sets highlights how much child stars need to be protected in these environments.

Former child stars and their parents have been opening up about how much protection was needed when they were growing up in the entertainment industry and to what lengths parents had to go through to protect the then teen stars.

In a recent interview with Metro, former manager of Destiny’s Child Mathew Knowles said him and Tina Knowles always had their eyes on the girl group, who were still teenagers when they broke to fame. Mathew said Tina would even follow the girls to the toilets to ensure their safety. Speaking on why he rejected the group to work with R.Kelly he told the online publication, “I personally rejected the song, because I didn’t think it was a good song. Not just because of [his] reputation – this was around 1998, we had just begun to hear some of those things.”

The allegations against R.Kelly date back as far as 1994 when he married 15-year-old Aaliyah. He has been accused of several counts of sexual misconduct including of statutory rape and child pornography, which he was previously charged for, but in the end not found guilty of.

READ MORE: Surviving R Kelly includes interviews with his alleged victims and the trailer is explosive

Beyoncé and the rest of the Destiny’s Child group were not the only child stars to have strong supervision when they were young.

Yara Shahidi’s parents, Keri and Afshin have shared how they have been hands on during Yara’s work on television. In a Times Interview, Keri said she insisted one of them to be present on the TV sets even when she was told on the Black-ish set that they didn’t need to be around when Yara turned 16 years old.

“Hollywood has a tendency to make a young person feel like they are grown up,” says Keri in the interview.

Yara’s parents say they have made it a norm for one or both of them to be present in all her meetings with executives.

Recently 24-year-old actress, Saoirse Ronan, said she was grateful for her parents’ protection when she was younger in the industry. She was quoted saying she appreciated how her parents never left her on her own for a second when she went to auditions or meetings. Beyond the concerns of sexual abuse, young stars are also vulnerable to bullying and industry pressures and need the protection and support from parents or guardians.

South Africa’s Dineo Nchabeleng – who rose to prominence through her Generations character, Angela – shared how vital her parents’ support was when she faced difficult times as a young actress.

READ MORE: WATCH: Rita Ora and Cara Delevingne are standing up to cyberbullying

In an interview with Move Magazine, Dineo shared how she was “almost broken” when rumours circulated that she was on drugs.

“My parents supported me even when things were written about me. They never took anything to heart because they know me. We talked about everything and they would often ask me what I needed help with,” she told Move.

Since the #MeToo, founded by Tarana Burke, celebrities and the media have been open about injustices that happen in the entertainment industry – even beyond the U.S.

In South Africa, many organisations have reported and challenged the sexual harassment on TV sets by staff being the scenes. As a result the #ThatsNotOk hashtag is being used Sisters Working in Film and Television (SWIFT) as resistance against sexual harassment in the industry.

We live in a world where facts and fiction get blurred
In times of uncertainty you need journalism you can trust. For 14 free days, you can have access to a world of in-depth analyses, investigative journalism, top opinions and a range of features. Journalism strengthens democracy. Invest in the future today. Thereafter you will be billed R75 per month. You can cancel anytime and if you cancel within 14 days you won't be billed.
Subscribe to News24
Related Links
Nearly all sexual harassment at work goes unreported – and those who do report often see zero...
Study finds that bystanders are less likely to administer CPR to women than to men
Beyoncé buys Ivy Park from Top Shop as allegations of racism and sexual harassment surface...
Next on W24
Why the human mind is not meant to be awake after midnight