What's with the short shorts? 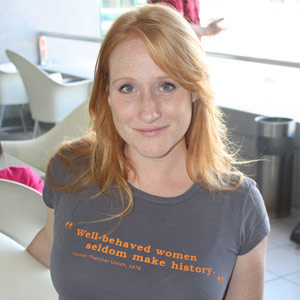 I suspect I was very wrong about something – and I am delighted about it.

For months now, I’ve been flabbergasted by how the “kids of today” dress. I know it sounds awfully Mother Grundy-ish, but I’ve been really concerned by what they’re – seemingly willingly – doing to themselves.

For those of you who don’t have access to late teens and early twenty-somethings, let me fill you in: the dress code for young women today seems to include anything under the sun – as long as it doesn’t flatter them and shows enough skin to make even the most virile man run for a towel to cover them up.

I’m talking the shortest shorts, the skinniest skinny jeans (or tights worn as pants, heaven forbid!) the most awkward dress shapes and the most hideous and terribly unforgiving tops.

Today, mindbogglingly, even the most, how can I put it… unathletic, vertically challenged girls walk around with their thighs matter-of-factly bursting from too small shorts and their bellies casually wobbling like great, soft puddings.

But then, last night, finally after months of my brain working through thousands of visual cues and information, it suddenly hit me:

Can it be that these young women know exactly what they look like and are fine with it? Can it be that this generation, who were raised by mothers who suffered severely under the yoke of body fascism are rejecting the burden of perfection? Can it be that these girls are spitting in the face of the ideal body and claiming their right to fashion, to vanity, and to sex no matter what shape they’re in?

If Lena Dunham could have the audacity to appear naked in her own show, and in her own less than perfect body, thereby offending the poor innocent viewers by not looking like a model, don’t you think it’s time we start freeing our own thoughts from the bizarre judgment we’re brainwashed into?

I hope these kids of today keep on dressing with the wild abandon they’re currently embracing. At the very least, an entire generation of young boys will grow up knowing that women come in different shapes and sizes.

Or am I wrong?

Stay updated with Women24 and Subscribe to our daily newsletter here.

Do you think girls should only show their best features? Tell us in the box below.

We live in a world where facts and fiction get blurred
In times of uncertainty you need journalism you can trust. For 14 free days, you can have access to a world of in-depth analyses, investigative journalism, top opinions and a range of features. Journalism strengthens democracy. Invest in the future today. Thereafter you will be billed R75 per month. You can cancel anytime and if you cancel within 14 days you won't be billed.
Subscribe to News24
Related Links
Is there no self respest on Social Media?
A weighty issue
Where the hell are all the plus size models?
Next on Life
Why we form false connections and seek attention online instead of nurturing real-life relations