Who speaks for you? 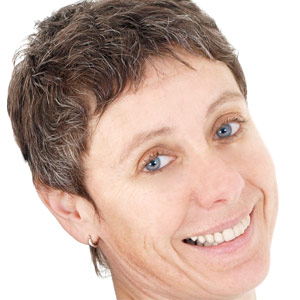 Think of a leader, any leader, internationally or locally who stands out from the noise and political debris caroming around.

Think of someone who is the embodiment of what we all seek in a leader, someone with vision, integrity, compassion, resolve and who holds the interest of fellow human beings at heart.

Not easy now that Nelson Mandela is in retirement and no longer engages with issues that plague the contemporary world.  And all that’s left of Mother Theresa are her sandals and her blue and white cotton sari in some museum showcase. Of course her order, the Missionaries of Charity, still operates around the globe.

The closest I can come to thinking of an international figure who represents the qualities many of us agree make a good leader is US president Barack Obama. Of course the growing and gathering Tea Party movement in opposition to the Obama admistration’s changes to health care in that country, among other things, would disagree.

In the preface to her 1977 book, Interview with History, she writes about meeting these powerful people.

“When I was finally in their presence, I had to exert myself to keep them there longer than an hour or half hour. Once there, however, it became a game to reach the truth and discover that not even a selective criterion justified their power. Those who determine our destiny are not really better than ourselves, they are neither more intelligent nor stronger nor more enlightened than ourselves. If anything, they are more enterprising, more ambitious.”

We still expect leaders to be smarter or better than us to hold our interests at heart and to act on our behalf.
But we’re less gullible.

Of course there are countless people on the outside of mainstream politics who struggle for justice and who still inspire us.
There’s Burma’s Aung San Suu Kyi, Tibetan spiritual leader, the Dalai Lama, there are activists like South Africa’s Zackie Achmat and religious leaders with moral authority like Bishop Desmond Tutu.

There are environmental organisations, organisations that mobilise against human trafficking, against blood diamonds, against despotic regimes across the globe that speak for or on behalf of billions of people who share their concerns.

But what all the abovementioned individuals or organisations have in common is that they work outside of formal politics and mobilize against power and government.

It seems once you step into the viper’s den you can no longer represent those who elected you to that position but become beholden to potent systemic and irresistible forces that swirl about the powerful and those in power.

If you listen carefully to the mealy-mouthed excuses, explanations and speeches on a variety of issues and that float from the mouths of those who would claim to represent and lead us, it is sometimes difficult to find a point of connection either emotionally or intellectually.

But luckily there is a clear and obvious disjuncture between what leaders say and their actions and it is in this gap that we begin to see more clearly.
Modern society is so fractured and compartmentalized that we can find other spaces, places and people who represent what we feel and think.
For example, the country’s fine artists, cartoonists, theatre and filmmakers, writers and musicians are articulating much of what we feel.

It is wonderful to listen to the number of music mixes made of Julius Malema’s incomprehensible outburst during a press conference in Luthuli house shortly after his visit to Zimbabwe. The language he chose; “white tendency”, “bloody agent”, and “bastard” is so clearly Zanu-PF inspired.

So who, if anyone, speaks for you?

Is it the ANCYL’s Julius Malema, is it Helen Zille, or maybe National Secretary of the Young Communist League, Buti Manamela? Is it Cosatu’s Zwelenzima Vavi or President Jacob Zuma?

Does Women24 speak for you? The Sowetan, The Mail and Guardian? Or maybe it is Karen Zoid, Die Antwoord, Tribal Echo, HHP?

We live in a world where facts and fiction get blurred
In times of uncertainty you need journalism you can trust. For 14 free days, you can have access to a world of in-depth analyses, investigative journalism, top opinions and a range of features. Journalism strengthens democracy. Invest in the future today. Thereafter you will be billed R75 per month. You can cancel anytime and if you cancel within 14 days you won't be billed.
Subscribe to News24
Related Links
Is there Intelligent Life?
Letting off Steam
We are all taxi drivers now
Next on W24
A beginner's guide to meditation