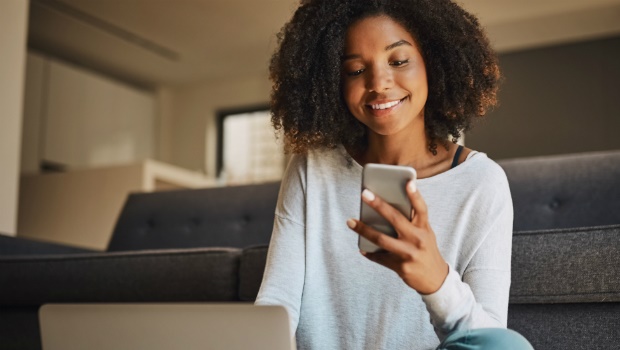 A woman checks her phone while working

An inherent part of being a woman involves living in constant fear - looking over your shoulder at every turn, sending your location to friends when you take an Uber, or always advising other women to meet new dates in a very public place.

But no survival check list has been enough to protect women from violent heterosexual men even with all the new bells and whistles that come with technology's almost daily innovations. If anything, technology has made it easier for harmful strangers to gain access to both unsuspecting and vigilant women.

And since the Tinder app made its way onto many a smartphone over recent years, its women users have had to add a few more items onto the already long survival check list.

READ MORE: The fastest growing industry in the world is a grave threat to women's safety

Given that online dating is no new trend, we know by now that the experience is not often pleasant or safe one. Between cyber scammers, catfish, and serial rapists and traffickers, there's plenty to be concerned about when using such dating platforms.

It was just the other day when 22-year-old British backpacker, Grace Millane was murdered by Jesse Kempson shortly after being in the company of a man. The Telegraph UK reports that Millane "was last seen at about 9:40pm on December 1 in the company of a man at the City Life hotel in Auckland, not far from the hostel she was staying at, which is located on the road Mr Kempson lived on."

"The woman said she was in contact with Mr Kempson for six months through a dating app and had been scheduled to meet him for the first time on December 1, but had to postpone," the report adds.

Kempson, who is said to have been abnormally active on online dating apps, had also been commenting on Ms Millane's Facebook pictures not too long - 11 minutes to be exact - before she was last seen.

In November, a man was finally convicted for the sexual assault of a Brazilian woman he met on Tinder in 2014. According to News Talk, the man still maintains his innocence, while the assault survivor says the incident has made her feel "afraid of men and struggles to believe a man can be kind and sweet."

This is not an isolated incident at all. Many women across the globe have had similar (or worse) experiences from potential suitors they met on Tinder that ended up being predators with the most sinister of intentions.

It's not always crystal clear what a man's intentions are straight from their bio or profile picture. This is why a Facebook group called Date Scam Alert ZA has taken on the role of online dating crime vigilante, exposing global romance scammers.

The men exposed here use Tinder for anything but romance - false identities, money scams, stalkers, and all kinds of fraudsters seem to be making regular appearances on Tinder.

Among all the fake profile revelations, the page also shared a support link from Tinder on what to do about impersonation or fake profiles.

EWN multimedia journalist Louise McAuliffe has had her fair share of personal Tinder disasters. As a result, she has compiled a series of what she calls Tinder Turd Chronicles. "This is a tongue in cheek look at Tinder dating as a woman in her 50’s,' she says.

This a page out of her chronicles:

Within 12 hours of joining Tinder I had 111 likes and was actively having conversations with 88 matches. How could they resist me. I am absolutely gorgeous from the bottom of my double chin to the top of my head. What a boost to the old ego. I was walking on clouds. I felt attractive and in demand by some seriously amazing looking men.

Over the next two weeks I was to make some amazing discoveries about the persons I was chatting to, and sadly just how many of them are frauds.At first I was not sure what I was looking for. I was bored one Tuesday night and a notion popped into my head to see what Tinder had to offer. A few friends of mine were dabbling on the application and I decided to see what all the fuss is about. I was also being encouraged by my buddies to get on board because I also deserve some happiness and possibly love.

Tinder conversation was seriously stimulating. Intelligent and humorous gents were all vying for my attention. I was loving being flirtatious and it was all clean and above the waist. I was feeling urges I had all but forgotten about. All the attention had my sexuality in a spin. I thought I was passed all of that at my age!

READ MORE: Are 'dating detectives' the answer to keeping us safe from incels?

Even though my first few days on Tinder were a blur chatting to an increased 101 male admirers, I decided that I was not going to chat to anyone for weeks on end. My strategy was to chat briefly, meet, and take it from there if anywhere.

One lesson learnt: When someone says they are going to delete their account from Tinder due to their interest in you, all they have to do to create this illusion, is just un-match you.

If you are not matched, you cannot see if someone is still on Tinder unless you reset your account to start matching all over again.  This is a ploy I started to see more and more as Tinder chatter continued.

FYI: I have reported scammers/impersonators multiple times (some 5 times at least) on Tinder but they just wait a day or so and sign up again using the same photo - sometimes they change the name and age. I have asked Tinder about the criteria to stop them joining again however they have not responded yet.

I undertook my own Tinder investigation to search for any other red flags to warn users about. Honestly, the more I swiped left, the more this brilliant Tweet resonated with me:

do men on tinder deserve rights? be honest

Anyway, these were the profile trends I was most weary of, and as such, have highlighted these four red flags:

1. Profile picture is not of their face:

Yes, some people may be shy about their selfie-taking skills, but on an app where you hope to eventually meet a stranger you're interested in, the least you owe them is one (preferably more) clear picture of yourself.

Why it's a red flag? The Tinderette could be concealing their identity because they intend to do some form of harm... or they're married.

Mystery is not so alluring when we live in a time where women and young girls go missing daily. Sure you don't want just anybody knowing where you work, but a one-liner about your profession and one interest will convince potentials that you're a real human.

Why it's a red flag? You don't want to be alone with someone no one knows anything about besides their preferred name.

3. Their bio is offensive:

In cases where a bio is provided, some Tinder users see it as a "safe space" to be bigoted under the guise of "preference." Safety aside, please swipe left for your own sanity and self-preservation.

Why it's a red flag? Even if you fit their preference, being with someone who is either racist, homophobic, xenophobic or fat-phobic exposes you to verbal violence you can do without even if it's not directed at you. No one likes a bigot. Get out.

4. They want to meet or WhatsApp after one conversation:

An impatient Tinder match probably does not have the most pure of intentions. Also, how do you know you even like me after an "I'm good, thanks."

Why it's a red flag? Unless you're DTF (as the disclaimers put it), be weary of this. In instances where you have explicitly stated that you are not looking for casual sex and a match still imposes a sense of urgency with regards to meeting or getting your number, then they might be trapping you into some other scam.

We live in a world where facts and fiction get blurred
In times of uncertainty you need journalism you can trust. For only R75 per month, you have access to a world of in-depth analyses, investigative journalism, top opinions and a range of features. Journalism strengthens democracy. Invest in the future today.
Subscribe to News24
Related Links
Here’s what women are really looking at in a first impression
How Facebook is looking out for your mental health
New study shows that highly educated women over 18 may be less desirable to men
Next on W24
No, chivalry is not dead – but it’s about time it was