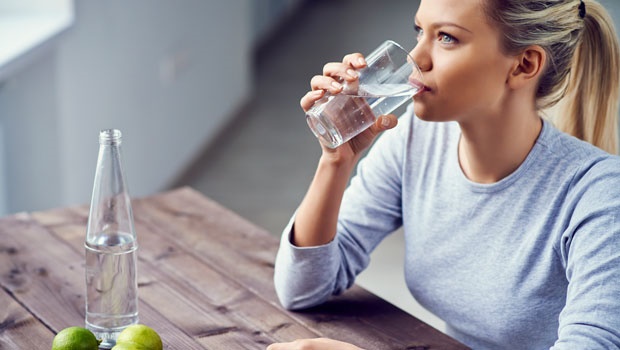 Running around all day? Water. Exercising? Water. Hungover? Water. Sitting at your desk burning less than a calorie all day long? WATER!

We are constantly told to up our water intake. Mainly to improve our skin and general health, but as a general rule of thumb, water has become the modern nomad’s muti.

Yet, in a recent unprecedented twist of Poseidon, Medical News Today reported that a new study published in Proceedings of the National Academy of Sciences, begs to differ.

Researchers asked study participants to rate the level of effort it took for them to swallow water under two conditions: after exercising (when they were naturally thirsty) and later in the day when they were properly hydrated (not particularly thirsty).

"If we just do what our body demands us to we'll probably get it right - just drink according to thirst rather than an elaborate schedule."

The majority of participants rated the effort level to be 3 times higher when asked to over-consume water. This showed a sort of water resistance, said Associate Professor Farrell.

"This was compatible with our notion that the swallowing reflex becomes inhibited once enough water has been drunk."

The study shows that our brains don’t respond to drinking water when we’re not thirsty. In fact, the prefrontal cortex showed an increased activity level when drinking water out of thirst, rather than out of habit.

Co-author of the study Michael Farrell says, "If we just do what our body demands us to we'll probably get it right - just drink according to thirst rather than an elaborate schedule."

Can you also feel that sensation beneath your feet? That of your world crumbling?

After it has been hammered into our consciousness for years that 8 glasses of water a day is essential to one’s very life form, this feels like a massive anti-climax.

All this “news” does, in fact, is prove that we speak mehhhhhh, instead of any of the other local South African 11 languages. That’s sheep.

Have we become emotionless slaves?

I am currently watching this series, Humans. It’s set in an imagined world where synths (synthetic humanoid) run the labour world, a world which eerily resembles the very modern world we find ourselves in, in 2016.

No carships as predicted by Back To The Future Part 2; and humans are still consuming solids, luckily - only, it is prepared by emotionless synths. Slavery without feelings, basically.

Aside from still bleeding, synth status might just soon be reached for humans as we continue along this road of blind-sheepness. And it has to do with constantly being told that primal behaviour, is wrong.

We have been conditioned to have our thoughts thunked for us. (No that’s not an actual word, but you’ll believe anything WON’T you?!)

The issue of trust and value in one’s own reliance on instinct is called into question here. We have a few billion years of relying on human instinct, yet it’s still not quite enough proof to us.

This lack of trust is evident in our constant struggle, like trying to come up with new ways to execute basic, primal tasks like eating and drinking.

What’s next? Oh, wait. I can see it now on the cover of some glossy: “Have you been pooping wrong all these years?”

Fine, tell me I use products incorrectly (labels can be complete gibberish) – but excreting incorrectly?

Forcing yourself to do something, as a general rule, should be some indication that all is not good in the hood.

Is urine the next miracle skin cure?

I was bathed by someone I didn't know - twice

We live in a world where facts and fiction get blurred
In times of uncertainty you need journalism you can trust. For only R75 per month, you have access to a world of in-depth analyses, investigative journalism, top opinions and a range of features. Journalism strengthens democracy. Invest in the future today.
Subscribe to News24
Next on W24
This Egyptian modelling agency is disrupting beauty standards