Put on a fragrance that smells like the colour of your mood. Collage by Afika Jadezweni

Many markers of vanity and grooming remain untapped during the lockdown.

Heels click-clack rhythmically no more. Bra straps gnaw into our backs no more. Earrings no longer dangle on earlobes, but only on jewellery stands now. Razors are picked up less often. Lounge wear has replaced business wear. And lipstick? A memory as distant as kisses.

A W24 article musing on lipstick's global hiatus noted that "as the world is facing a pandemic, cloth masks have become the go-to safety and fashion must-have of our time, setting the lipstick on the back-burner", adding that "Global Cosmetics News suggests the 'lipstick effect' will give way to mascara due to the widespread use of masks".

The writer disagreed with the latter part of this report - however, I agree. As someone who was more likely to be spotted in lipstick even on the most unremarkable of days before the lockdown, I've had to find other means of punctuating my face by means of mascara and brow kits. It's therefore a pity the year I decided to treat my lips to some Dior lip stains is the year they would end up only knowing gloss, Vaseline and Nuxe honey lip balm.

At least I still wear antiperspirant and a spritz of perfume daily. It does wonders for one's mood even in the absence of occasion, I'd say.

A small sample size of our Twitter community adds to the empirical evidence of the sentiments expressed above, as a 52% majority revealed that their least used lockdown cosmetic item is lipstick, 44% have been bare faced, while only 4% are embracing their natural scent.

Since we've been in #LockdownSA which cosmetic item have you used the least?

This poll was created off the back of a social media scuttlebutt over people using deodorant the least since the lockdown began, but the numbers say otherwise.

I suppose it wouldn't be the first time the little blue birdie hummed the wrong tune. Of course, there are people who've been open about the fact that they are wearing deodorant far less than they did before, but the caveat being that they're not skimping on basic hygiene like taking showers daily. And there's no crime in that.

So no, this will not take a "the untimely demise of deodorant" off-ramp, although it might've been a fun rabbit hole to hop into for a minute. Rather, these findings - albeit inconclusive - have given us an excuse to go indulge in another sensory experience.

After all, we've all been so consumed with the end of [insert any pre-lockdown brand of freedom] as we know it, looking for a "new normal" in everything, and oscillating between absolute extremes from past to future and back, that we've forgotten to stop and smell the roses of the present.

READ MORE: Searching for a 'scents' of normality: Why you might find comfort in florals and fragrance right now

A Forge article on Medium shares the same sentiment about prematurely declaring things over when they may just be experiencing a (most likely inevitable) lull in 2020, but in more exasperated words than mine.

After highlighting how the exaggeration and overstatement carried by the words "the end of..." can be triggering during a pandemic, the writer says; "What I propose instead is that we start beating the opposite cliché into the ground. Let's start declaring things alive."

And do you know what's still worth appreciating? Nature and the scents she so generously offers to perfume noses around the world.

Here are five fragrance must-haves to shop, complete with notes provided by their respective perfumers: Created by perfumer Julie Massé (MANE),  it centres on a sensation, capturing the vibe created when you experience true passion. The iconic Sì signature top note of blackcurrant nectar is blended with an ever more emphatic floral heart of Jasmine Absolute and Superinfusion alongside Rose notes. This creates a fierce and powerful natural energy, enhanced by cedar wood and white musky base notes, the intensity of which is further enhanced by patchouli essence and vanilla extract. An ode to vibrating femininity, SÌ Passione Intense genuinely celebrates the contrast and duality between the floral delicacy and the intensity of passion.

The vanilla blended in SÌ Passione Intense is sourced in the protected area of Loky Manambato in Madagascar in collaboration with a local NGO, one of Giorgio Armani's initiatives contributing to its social responsibility programme "Solidarity Sourcing". Aiming at ensuring the ethical sourcing of key ingredients and contributing to economically support farming communities, it is in line with Giorgio Armani's attention to detail, preference for natural materials, and respect for nature. What do you get when you bring the flair and expertise of three top French perfumers in the world? A festival of captivating and alluring scents and a delightful symphony for the senses.

Avon is bringing this exhilarating treat of the senses to its customers in a trio of premium perfumes for her under the brand name Artistique Parfumiers, that have been developed by multiple award-winning French perfumers Emilie Coppermann, Maurice Roucel and Alexandra Carlin.

"The introduction of this premium line of perfumes developed by some of the best brains in the industry is testament to our commitment to offer value for money and world-class products that can stand shoulder to shoulder with the most sought-after fragrances in the world. The availability of these products in our range gives expression to our ongoing commitment to Stand4Her by enhancing our representative's earning potential through giving them the opportunity to sell aspirational, desirable and affordable products," says Mafahle Mareletse, Managing Director for Avon Turkey, Middle East and Africa.

These internationally-acclaimed perfumers have developed a line-up of high end perfumes exclusive to Avon, namely Patchouli Indulgence (pictured below), Magnolia en Fleurs and Iris Fe´tiche. Each of these perfumes has its own distinct character, from aromas that exhilarates and rejuvenates, to scents that induce escapism and transports its wearer to a mystical place and time. It will cost you R369 for a 100ml bottle, and can be sourced directly from an Avon Representatives, or from the Avon website.

Lady Million Empire - For the woman who dares to do it all. The spice of life - it's the flavour and thrill of success. And this fragrance is one to be savoured. In collaboration with Anne Flip - the designer of Paco Rabanne Lady Million - Jean-Cristophe Herault has created a modern chypre - one for power and sophistication with patchouli as its columns. The accord - magnolia blossom plunged into the scents of a highly addictive cognac thanks to the patchouli over a musk effect.

Characterising bold femininity and delicious insolence, Lady Million Empire brings a new structure that revisits two Lady Million classics. This edgy fragrance boasts an orange blossom DNA. Here, the flower plays in a sparkling orange tonality (neroli essence), exuding a slightly fruity osmanthus essence. If it weren't for the current lockdown climate, we'd say this is ought to be a go-to perfume for a night out after a long week of calling the shots.

The Lady Million Empire bottle is designed by the designer of the original Lady Million bottle, French-born architect Noé Duchaufour-Lawrance.

Heures d'Absence - Louis Vuitton's first-ever perfume has been reborn - a historic moment for the Maison. In 1927, at the height of the Roaring Twenties in all their creative effervescence (the kind we wish to see post-Covid), the Maison Louis Vuitton launched its first perfume, Heures d'Absence, named after the country home the Vuitton family acquired in the Seine-et-Marne region in the 1920s.

The fragrance captured the spirit of the day and its design celebrated the new modes of transport that were then emerging: a triumphant airplane was engraved on the bottle, whose box was shaped like a kilometre marker. Behind this singular, memorable name, one divines a resolutely optimistic message, an invitation to travel that's at once introspective and emotional. The chance to break free and let go, shake off the blues and seize the day.

Heures d'Absence evokes great escapes, suspended moments of grace in which one plunges into daydreams and the body surrenders to a frisson of eternity. The name could hardly fall into oblivion: it was destined to be reborn, nearly a century later, to take on new life and prolong the dream. On the other hand, no one knows what the original perfume smelled like - the formula has long since been lost. This presented the Maison Louis Vuitton's Master Perfumer with an ideal occasion to reinvent it according to a very personal vision, with complete freedom.

READ MORE: Cultivating beauty - You can't travel, but you can take a trip to Chanel's gardens with us

"With Gabrielle Chanel Essence, I wanted to cut to the essentials, to the heart of the fragrance, and reaffirm it with a more voluptuous trail," says Olivier Polge, House of Chanel Perfumer-Creator. 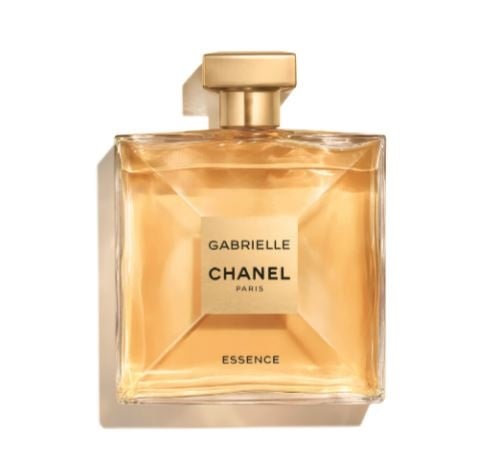 This grand floral immediately produces a solar vibration on the skin and makes the woman who wears it shine. Its vibrant heart, stirred by the four white flowers revered by the House, "like a chorus in Chanel fragrances", radiates throughout the composition. The essence of creaminess, Grasse tuberose plays a majestic role.

Elegant and slender, opalescent white, the delicate star-shaped flower prevails as the most fragrant of the plant kingdom. Grown in Grasse exclusively for Chanel and extracted using a process specific to the House, it is divested of its usual leather, waxy, green and animal facets. Softened in such a way, it reveals a modern quality, as if smelled in the open field. The enigmatic scent, warm and opulent, is a natural expression of its petals' velvety texture. The other flowers serve to transcend it: jasmine, the essence of intensity; ylang-ylang from the Comoros, the essence of radiance; and Tunisian orange blossom, the essence of freshness.

We live in a world where facts and fiction get blurred
In times of uncertainty you need journalism you can trust. For 14 free days, you can have access to a world of in-depth analyses, investigative journalism, top opinions and a range of features. Journalism strengthens democracy. Invest in the future today. Thereafter you will be billed R75 per month. You can cancel anytime and if you cancel within 14 days you won't be billed.
Subscribe to News24
Related Links
Lady Gaga to be the face of Valentino’s new fragrance
Searching for a 'scents' of normality: Why you might find comfort in florals and fragrance right now
Gert-Johan Coetzee just launched an Eau de Parfum and it genuinely smells like success
Next on W24
3 changes to make to your skincare routine in winter

Get the newsletter
Voting Booth
Do you think it's important to get married in this day and age?
Please select an option Oops! Something went wrong, please try again later.
Yes, it's important in order to create a family unit and for companionship
22% - 515 votes
Not at all. Being single is far more liberating
9% - 220 votes
There is no general answer to this, it's each to their own
49% - 1129 votes
Yes, society still frowns on unmarried people, especially women
1% - 34 votes
It depends on whether you are able to find a compatible partner
18% - 423 votes
Previous Results
Fashion
Rihanna and radical pregnancy fashion – how the Victorians made maternity wear boring