Ariana Grande had a secret wedding! Here are other celebs who married out of the public eye

Celebrities are known to share every move of their lives with all their fans, including a new partner they’ve recently started dating, a new endorsement deal, getting engaged and tying the knot.

However, not all celebrities are comfortable sharing the intimate details of their wedding, resulting in getting secretly engaged and announcing it after the wedding or a few months later.

On Tuesday, 17 May, Ariana Grande’s representatives announced that she had tied the knot with her estate agent fiancé, Dalton Gomez, in a small intimate wedding with no less than 20 people.

The couple started dating in January 2020 with the American singer announcing that she’s engaged to Dalton in December 2020 on Instagram in a picture showing off her diamond ring and captioning the image with, “Forever n then some”.

And six months later, here we are. “It was tiny and intimate – less than 20 people. The room was so happy and full of love. The couple and both families couldn’t be happier,” her rep told People exclusively.

Here are other celebs who tied the knot out of the public eye:

The Black Widow star shared that her wedding was intentionally intimate and in line with guidelines from the Centre for Disease Control. She also made sure everyone was comfortable and safe.

“I think just keeping it intimate and small made it feel intentional. We wanted to feel like it had an intentional intimacy as opposed to being something that felt like all these things restricted us,” she told People magazine. The wedding is said to have taken place at the actors’ home in Palisades, New York, with only a few family members and friends. 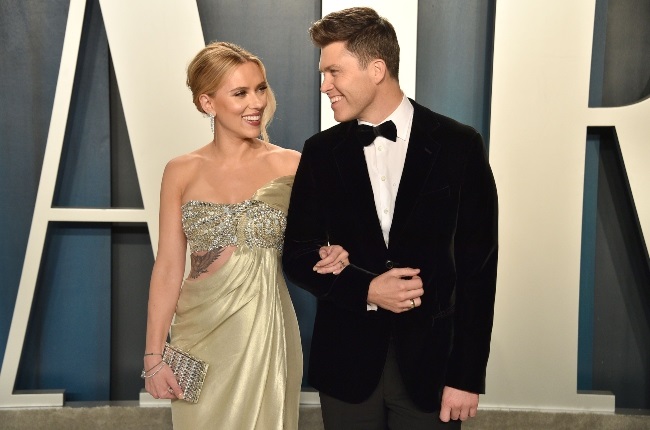 Suicide Squad actress, Margot Robbie, tied the knot with her long-term boyfriend, Tom Ackerley, in 2016. The wedding took place in Margot’s home country Australia, and it was so secret that not even the guests knew the location.

The ceremony only had 50 guests, whose phones and cameras were confiscated to maintain the secrecy.

Soon after the nuptials took place, rumours started spreading, and Robbie took to Instagram to confirm the news with a photo of her wearing a ring and kissing her husband.

The couple met in 2013 while filming ‘Suite Francais’ and lived together in South London for a couple of years before tying the knot. Music royalty couple, Beyonce and Jay Z, first met in 2000 but only started dating in 2001. However, the couple got engaged a few years later and did not announce the engagement until fans spotted the pair picking up a marriage license in New York in April 2008.

After the couple confirmed that they tied the knot on 4 April 2008, during an interview with Vibe, Jay Z explained why he and Beyonce decided to keep their relationship private.

“You’ll go insane in this type of business. You have to have something that’s sacred to you and the people around you,” he said at the time.

The couple went on to have their first child Blue Ivy in 2012. Queen B shared pictures of their daughter, Blue, in February on Tumblr, captioning it, “We welcome you to share in our joy.” The couple now has three children, including Rumi and Sir. READ MORE | JLo did it, Mapaseka Mokwele did it - here's everything you need to know about going back to an ex

Zoe’s wedding was so secret that little detail has been shared; however, it is known that in 2013 the Avengers: Endgame actress tied the knot to Italian artist Marco Perego.

The couple began dating just before she shot Infinitely Polar Bear; months later, after dating, they got married. The only intimate and exciting detail about the nuptial shared is that Marco took Zoe’s surname and now goes by Perego-Saldana.

“I just saw him from behind. It was 6:30 in the morning, and I was on a flight to New York. And I can’t even describe to you; it was a vibration. He turned in that moment because he felt the vibration as well,” Zoe told USA TODAY. We live in a world where facts and fiction get blurred
In times of uncertainty you need journalism you can trust. For only R75 per month, you have access to a world of in-depth analyses, investigative journalism, top opinions and a range of features. Journalism strengthens democracy. Invest in the future today.
Subscribe to News24
Next on W24
Bride upset maid of honour wore a white dress at non-wedding related brunch with friends