Fiona Boswell was left devastated by the death of her soulmate, Guy Boswell, shortly before they were set to host their wedding. The wedding venue has now said they will not refund the venue hire fee for the now impossible celebration. All images courtesy Mercury Press/ Magazine Features.

A bride who is devastated by the death of her 'soulmate' is left fighting for a £4 000 (about R78 000) refund from their wedding venue, which she had paid for their now impossible wedding.

Fiona Boswell, 50, tragically lost her groom, Guy Boswell, in March to cardiac amyloidosis, which causes heart failure, after a battle with lymphoma, a type of cancer. The pair were due to celebrate their love in a lavish ceremony in July with 100 guests. Insurance underwriter, Fiona, was forced to cancel wedding when she lost Guy, a tiler, seven months after he was diagnosed with the disease. The couple quickly married with a special license in October before Guy's condition deteriorated but were hoping to celebrate their union with friends and family.

"We chose the venue as we had friends marry there and the day was lovely. It was also our first outing as a couple," Fiona says.

"When I let the venue know what had happened and asked for a refund, the response was just a straight 'no'. Back and forth correspondence saw the venue had no compassion and were rude."

"The impact from this on myself and my family has been huge. It has made me angry. It has also encouraged others to reach out to me who have had the same response from the same venue," the would-be-bride shares.

"The company only offered to sell the day for me, or I could sell it myself when I advised them that I would be looking to ask a solicitor to get in touch with them. I told them how upset this had made me, selling my day that was supposed to be a happy day shared with my family and friends, a day I will never get to do with Guy."

Despite this, Fiona still alleges the venue won't refund the wedding because she cancelled too close to the planned date.

"I want these companies to look at the terms and conditions and add clauses to cover these unforeseen events or advice on wedding insurance," Fiona says.

"A wedding day is a day that most girls think of from a very early age, this venue, I would say, does not meet the definition of a fairytale venue." 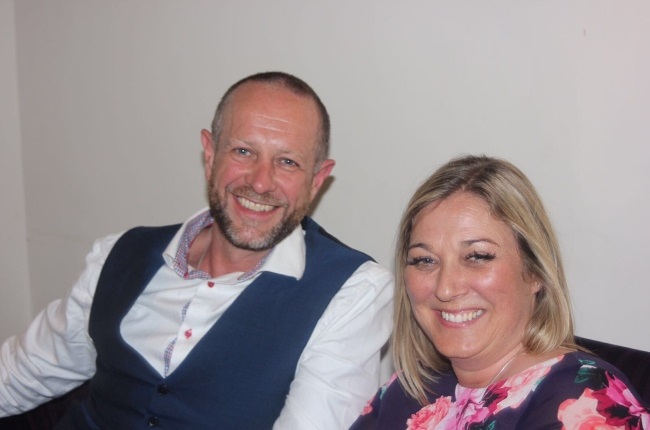 The couple met four years ago in the bank where Fiona worked at the time, and they quickly fell in love. Fiona says: "Our relationship was perfect; we were soulmates. He was the love of my life. We were both sad that we had not met earlier as young adults." "I was so happy when Guy proposed. He got down on one knee after putting my ring in a champagne glass while we were with our friends in a pub," Fiona remembers.

"The impact of his loss has been huge on his family and me. We were told he would not see old age but did not expect it this quick. This was the second marriage for us both, and we loved each other. We did everything together. I feel like I have lost a limb and that I will never have that love again."

Friends of the couple have set up a GoFundMe page to help Fiona to replace the money spent on the venue. At the time of publishing the venue had not yet responded to enquiries on the matter.

Sign up to W24's newsletters so you don't miss out on any of our stories and giveaways.
We live in a world where facts and fiction get blurred
In times of uncertainty you need journalism you can trust. For only R75 per month, you have access to a world of in-depth analyses, investigative journalism, top opinions and a range of features. Journalism strengthens democracy. Invest in the future today.
Subscribe to News24
Next on W24
'I faked my wedding to make my ex jealous. I bought a dress, had a photoshoot, posted pics on socials'