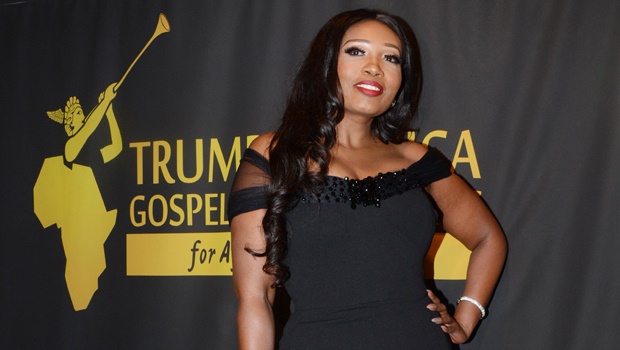 Actress and wedding planner Sophie Ndaba at the Trumpet Africa Gospel Music Awards back in 2016.

According to Channel24, the couple actually wed in Italy last year, but are now currently planning a white wedding. But that’s not all, despite the fact that the photo previously shared shows what looks like a snapshot from their traditional ceremony, Sophie revealed in an interview that she’d love to have a big and traditional wedding in Soweto.

She added that it’s really important for her to have a traditional wedding because it comes before the white wedding and it doesn’t only involve everyone who is close to you, but for her it also means getting to see friends and family she hasn’t seen for years.

For what it’s worth, we can’t wait to see pics of the celebration.

We don't deny that white western weddings have their own beauty but traditional weddings are particularly special in the sense that every part of it is not only about the joining of families but also a love letter to African heritage.

When I asked Afika, a former colleague of mine, what she loves most about the tradition, this is what she had to say:

“Well firstly, I really love how regal brides of all cultures look in their traditional wedding attire/dress, especially the traditional Xhosa bride’s umbhaco – it’s really one of the most beautiful of ensembles.

“I also love how they are celebrations that don’t exclude anyone – anyone can attend from both sides of the family. And it’s a time where both families can finally mingle properly.

“The food served at traditional weddings is also just really hearty and wholesome.”

And clearly our favourite local celebs are all about upholding, maintaining and celebrating these sentiments.

Here are just a few of our favourite pics of SA’s top darlings looking amazing in their traditional wedding outfits.

On to some of our favourite wedding pics…

So, you’ve all probably seen TV personality Minnie Dlamini’s stunning pics and sneak peeks right? If not, you can check out our write up of it here.

She initially got married to Quinton Jones in a traditional ceremony in July this year and wore a stunning beaded white dress and isicholo (the customary Zulu hat) and we love every single aspect of her outfit.

A+ for the gorgeousness featured here.

A look inside #MinnieDlamini and her husband #QuintonJones traditional wedding. ??

The popular music master wed his long-time sweetheart in a beautiful traditional Zulu wedding back in October 2016. The lavish affair was all over the internet and both him and Gugu shared pics of their nuptials on their social media accounts.

Fashion model and lifestyle influencer Sarah Langa looked absolutely regal in her traditional red and white Swati dress and her rope neck piece from Pichulik. She wed businessman Jehan Mackay in June 2016 and had her white wedding in December 2016.

My everything?? Thank you for being YOU!

Our Olympic gold medallist Caster Semenya married her girlfriend in a traditional ceremony back in 2015 – looking all fabulous in bright shades of yellow, purple, orange and pink.  The couple had their white wedding in January this year.

Actor Motlatsi Mafatshe, known for his roles in Shooting Stars and Isidingo and his childhood sweetheart, Millicent Nkangane got married in a traditional ceremony back in November 2014 in an explosion of orange hues and happiness.

So much love for this.

In all we do lets give glory to the almighty #KEEPONMARCHING

Don't forget - we want to see your pics. Share your joy with us

We live in a world where facts and fiction get blurred
In times of uncertainty you need journalism you can trust. For 14 free days, you can have access to a world of in-depth analyses, investigative journalism, top opinions and a range of features. Journalism strengthens democracy. Invest in the future today. Thereafter you will be billed R75 per month. You can cancel anytime and if you cancel within 14 days you won't be billed.
Subscribe to News24
Related Links
Are you likely to get married twice?
WATCH: Modest wedding celebrations are a thing of the past
How to dress like a bride, only in everyday life
Next on Life
30-year-old bride's dream to marry comes true in hospital hours before she passes on from cancer