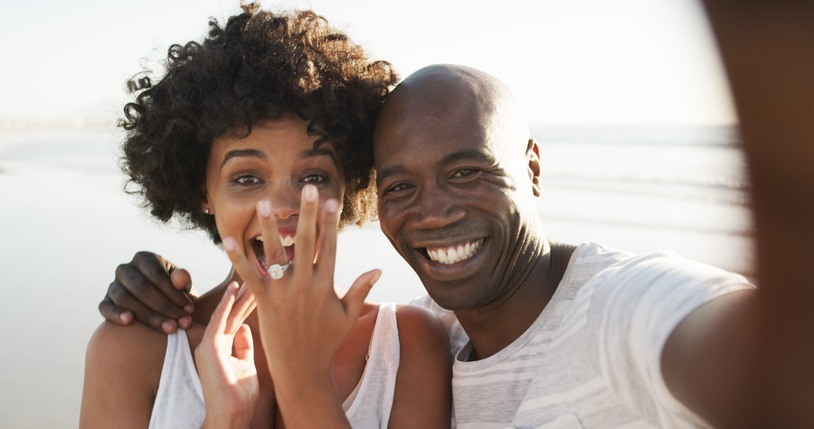 A devastated woman who was anticipating a happily ever after with her partner of 18 years (since she was 13) found out that her fiancé is having second thoughts about marrying her.

The bride shared how heartbroken she was on Facebook. "So my fiancé has been acting weird. Things have been really stressful, so I overlooked a lot, but every time I bring up wedding planning be shuts down. It's in two months, and we have so much to do.

"Today, he finally drops the bomb that his parents and sister have been telling him not to do it, and we're in a toxic relationship. That he'll be marrying my family too, and they don't think it's a good idea (my dad is a stroke victim, and I serve as his caregiver- it's our main source of stress)," she wrote.

Relationship expert Paula Quinsee says when commitment is unwavering in a relationship, couples have honest conversations and resolve conflict because they are invested in making it work. Their actions, words, and language prove this, and they are not afraid to put boundaries down that protect their partner and their relationship.

"No one goes into a relationship thinking about divorce or breaking up. When a relationship ends, it's an emotional affair for everyone involved. There is a perception that women suffer from heartbreak and failure more than men. However, that's not necessarily true," Paula says.

"The most important thing to remember is that a failure is an event, not a person, therefore just because your relationship failed does not make you a failure. We can spend a lot of time beating ourselves up about it, questioning why things didn't work out, but this is usually because we don't have the closure we need to move on and that we have difficulty in accepting that that person is no longer a part of our lives."

Paula says entering into a marriage is a big step, and those getting married need to be sure they are making the right decision.

While it's normal to have some doubts as wedding jitters kick in, some of the red flags to look out for that things aren't quite right are:

- You/your partner are detached from your relationship.

- There is very little engagement, communication, or connection between you two, and everything happens on a superficial level.

- There's no talk about the future or putting any future goals in place.

- The relationship is one-sided, and your needs are not taken into account.

- You're questioning your partner, your relationship, and whether you want to do this and vice versa.

- You/your partner are non-committal when it comes to conversations, making plans, or taking action-You/your partner keep threatening to walk away or end the relationship.

- You have underlying resentment about things that have happened in the past and cannot forgive and move forward together.

"Calling off a wedding is not an easy decision as it has all sorts of consequences attached to it such as financial, emotional, and family lash back," Paula says.

However, it is a decision that has to be made if you are happy and sure.

"Sometimes you just aren't aligned (in a relationship), and that's ok. It's better to let go and allow each other the opportunity to move on and flourish than stay together and bring out the worst in each other, which can become toxic," she explains.

Have had second thoughts about marrying someone? Tell us about it here.

We live in a world where facts and fiction get blurred
In times of uncertainty you need journalism you can trust. For only R75 per month, you have access to a world of in-depth analyses, investigative journalism, top opinions and a range of features. Journalism strengthens democracy. Invest in the future today.
Subscribe to News24
Next on W24
Classmates part ways at 16, reunite after 50 years, fall in love and tie the knot