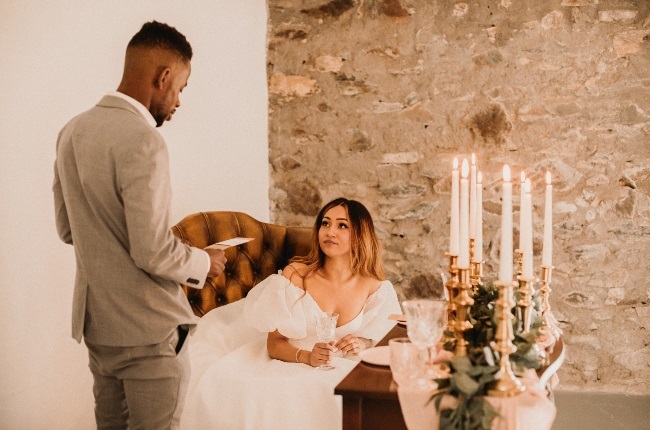 Weddings can be expensive and sometimes, the help of a family member offering assistance could go along way.

According to research done by The Wedding Expo's Managing Director, Amanda Cunningham, in South Africa alone, weddings range between R80 000 to R120 000 including the honeymoon.

One wife realised the high cost of weddings when her husband took it upon himself to help fund his brother's wedding by selling his own car without the wife's approval. She took to Reddit to share that he then took her car without her permission to attend the 5-day wedding.

She starts her story by saying that her husband is 35-years-old and he doesn’t have a car as he sold his to help his brother with the wedding. She says she didn’t agree with her husband’s decision but couldn’t do much as he bought the car before they got married.

“Besides that, I have my own car so that did not affect me until my husband started complaining about having to commute to work,” she says.

Her husband asked to drive her car to his brother’s wedding, which was out of town for five days, and she refused.

“He threw a fit calling me unreasonable to let him take public transportation because he can barely stand it for 10 minutes, let alone hours. I told him it wasn’t my problem, which irritated him but made him stop arguing about it,” she adds.

The days before the wedding came and all hell broke loose, “I woke up at 10 am and I couldn’t find my car keys. I went outside and couldn’t find my car either, I was beyond p*****. I called him and like I expected, he took it and was on his way to the other town. I lost it and told him I gave him no permission to take it for a whole five days,” the wife shares.

She then told him that if he doesn’t turn the car around and come back home, she would call the police and report it missing. But he was defiant, saying, “You wouldn’t dare do it because you know what would happen.”

She hung up the phone and called the police but she didn’t mention that her husband took the car as the police would think it was a family dispute and not get involved. Two hours later her husband called saying he was back in town and was being held at their local police station.

She went to the police station and spoke to the officers. Meanwhile her husband was making a scene, swearing, and saying she had given him permission.

She took her car and drove home but her husband had to remain at the police station a little bit longer. When he came home, he threw a fit and called her vindictive, bitter and a lunatic as she almost caused him to miss his brother’s wedding.

Since then, her in-laws have been angry at her for what happened and called her spiteful.

The wife is not the only to get the bitter end of the high cost of weddings - many brides, grooms, bridesmaids and family members have been known to feud over wedding costs.

However a good budget can help couple avoid damaging their relationships. Bridal Control, an online platform that connects couples planning to marry with vendors, recommends that bridal couples save half of their wedding budget for the wedding venue, catering and drinks. Following the venue, is the bridal wedding attire which 20% of the budget should be set aside for as well as décor, flower arrangements, visuals and entertainment.

The remaining 30% of the budget should be split into three with 10% allocated to wedding invitations, thank you gifts, décor serviette holders, religious items like unity candle, wedding cake and confectionery.

The next 10% should be allocated to non-negotiables that the couple value such as dance lessons for the first dance.

The last 10% is for any emergencies that could occur on the big day like a shortage of roses.